2020 Democratic presidential candidate Sen. Bernie Sanders leans heavily on one specific person for advice and help with his campaign: his wife, Jane Sanders.

Jane Sanders’s assistance with her husband’s campaign has become more noticeable since Bernie Sanders was hospitalized and had stents inserted into an artery, the New York Times reports. Sander’s wife is the one who announced her husband’s medical update to the media. She also said that it was her decision to wait until Bernie Sanders was released from the hospital to let the media know that he had suffered a heart attack.

When Sanders announced that he would have to slow the intensity of his campaign, it was also his wife who said that his closest advisers, “especially me,” had urged him to take the campaign more slowly.

“Where Jane goes, Bernie goes,” said high-ranking campaign aide Michael Ceraso, according to the Times. “She is his engine.” 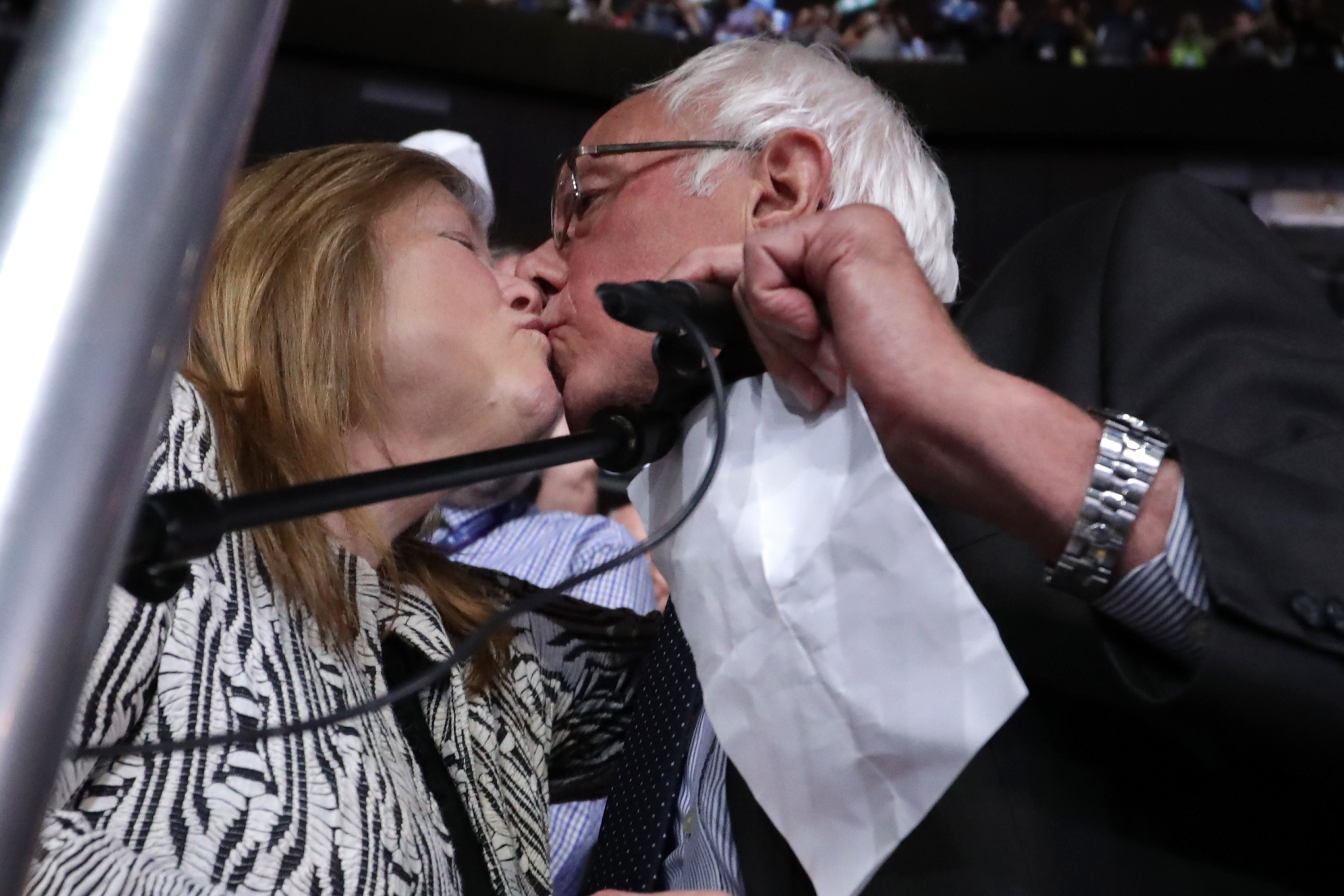 Jane Sanders has said that it would be “egotistical” for her to call herself Sander’s top adviser, but she allowed that she is “very much a close adviser.”

“We share a life, and his life is of public service,” she said in an interview with the Times. “So I need to be part of that in order to have a wonderful marriage. It’s necessary for us to work together because he works a lot.”

Jane Sanders told the Times that news of her husband’s heart attack came during another crisis in the family — the death of their daughter-in-law Rainè Riggs.

“I heard it on Thursday,” she said, referring to news of Bernie Sander’s heart attack. “But frankly, I wasn’t thinking about the campaign.”

Bernie Sander’s advisers have also spoken out about his wife’s important role in advising the 2020 presidential candidate. (RELATED: Talk To Kids About Socialism Or Someone Else Will, Rachel Campos-Duffy Warns)

“She’s the one person Senator Sanders listens to above everybody else — by an order of magnitude,” Khanna added. “There’s no one whose political judgment he trusts more.”

Others who have worked with Bernie Sanders say that getting his wife’s approval is the best way to get him to sign off on something, the Times reports. Jane Sanders has also been credited with humanizing Sanders during the 2016 presidential election by inviting reporters into their home and showing them wedding photos, the publication reports.

This extraordinary influence stems from strong commitment to her ideals and a great love for her husband, close friends say, according to the Times.

“It’s a critical relationship for both of them,” said Jim Rader, friend to the Sanders and the officiant of their wedding. “I think she’s just been a very crucial part of obviously his personal life, but also his professional life.”

And Jane Sanders is not about to tell her husband to drop out any time soon.

“That’s been his entire life — fighting for the average working people in this country, and this is not the time to stop when it feels like things can really change,” she told the Times.

“If it was more serious,” she added, “I’m sure we would have thought about it.”