Swedish teen climate activist Greta Thunberg lead a climate march Friday in Alberta, Canada, that was opposed by oil and gas workers in a convoy of trucks.

“So, today is Friday and as always we are on climate strike. Young people all around the globe are today sacrificing their education to bring their attention to the climate and ecological emergency,” Thunberg told her cheering fans. “We are not doing this because we want to. We aren’t doing it because it’s fun … or because we want to become a politicians when we grow up. We are doing this because our future is at stake.”

But while Thunberg led a climate march in Edmonton, oil patch workers drove their convoy of trucks past the Alberta legislature to show their disapproval of Thunberg’s presence in the province.

The workers, who call themselves “United We Roll for Canada,” organized a huge demonstration in Ottawa last February with rigs parked in front of the national capital’s Parliament Buildings. They were there to protest Canadian Prime Minister Justin Trudeau’s carbon tax. (RELATED: Alberta Government Won’t Be Welcoming Greta Thunberg When She Visits Alberta) 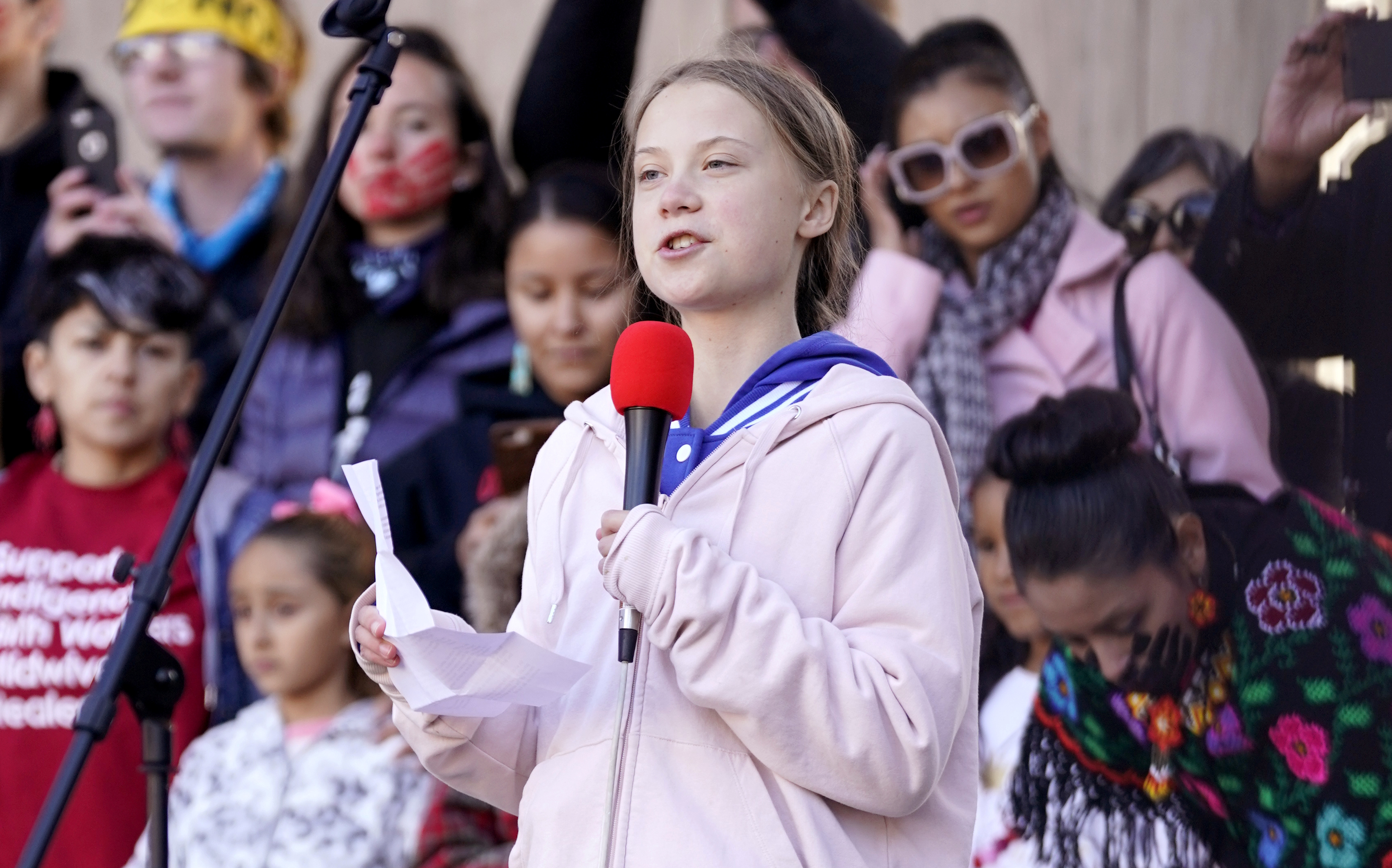 It was not the activist’s first visit to Canada. Thunberg  had already traveled to Ottawa and Montreal to meet with Trudeau in the capital and then to lead a climate march in the Quebec city. During her meeting with Trudeau, Thunberg told the progressive Liberal leader that he is not doing enough to fight climate change.