A Palestinian advocacy group wrapping up a 10-day speaking tour across the U.S. has ties to a Palestinian terrorist organization, according to research by the Israeli government and NGO Monitor.

The Addameer Prisoner Support and Human Rights Association describes itself as “a Palestinian non-governmental, civil institution that works to support Palestinian political prisoners held in Israeli and Palestinian prisons,” according to its website. However, the watchdog group NGO Monitor and the Israeli government noted that the group has close links to the Popular Front for the Liberation of Palestine (PFLP).

The U.S. government labeled PFLP as a terrorist organization in 1997. NGO Monitor publishes “fact-based research and independent analysis about non-governmental organizations (NGOs),” according to its website.

Addameer was founded in 1992 by members of PFLP, some of whom were convicted of terrorism, according to a February special report from the Israeli government. Addameer provides legal help for Palestinian prisoners and detainees and has been active in campaign to the state of Israel, the report added.

Numerous former and current members of Addameer also have ties to the terrorist organization, according to NGO Monitor and the Israeli government.

One of Addameer’s founders and the chairman of its board of directors, Abdul Latif Ghaith, was placed on a travel ban in 2017 for his alleged ties to PFLP terrorists, the Israeli government reported. Israel banned Ghaith from entering the West Bank and leaving Palestine because he was allegedly an active member of PFLP and had overseas contacts with members of the terrorist organization, the Palestinian Information Center, a Palestinian news website and network, reported. He also served as a member of PFLP’s political bureau, according to the Israeli government.

Yaqoub Oude also serves on Addameer’s board. Oude was involved in the 1969 Jerusalem Shufersal supermarket bombing, the Israeli government reported. The bombing killed two people and injured nine others, according to a Feb. 7 Israel Today report.

He was ordered to three life sentences, but was released after 17 years following the 1985 Jibril Agreement, a prisoner exchange agreement between Israel and PFLP, according to the report.

Overall, 12 Addameer board members and general assembly members belong to PFLP, NGO Monitor and the Israeli government found, as well as other staffers who reportedly have family ties to PFLP. Addameer refers to Palestinian prisoners convicted of terrorism as “political prisoners,” without mentioning their possible terror ties, NGO Monitor added.

The group also has former members who have been charged with terrorism activities, as well, NGO Monitor and the Israeli government’s research shows.

For example, while serving as deputy director of Addameer’s board, Khalida Jarrar was sentenced to over a year in prison for inciting violence and “promoting terror activities,” which she denied doing, The Times of Israel and AFP reported Dec. 7, 2015. Charges included violating a travel ban, being a part of the PFLP, which Israel considers to be an illegal organization, participating in illegal protests and inciting the kidnapping of Israeli soldiers, according to the outlet.

Jarrar, a senior member of PFLP, more recently spent around 19 months in administrative detention on suspicion of “involvement with terrorist activities and violent public disturbances,” the Times of Israel reported Feb. 27. Administrative detention allows Israel to hold Palestinian prisoners without giving details of the allegations against them or indicting them.

Addameer lists Jarrar on its website as one of the “political prisoners” the group is trying to help, though a March 9 article from Haaretz reported she has been freed from administrative detention. 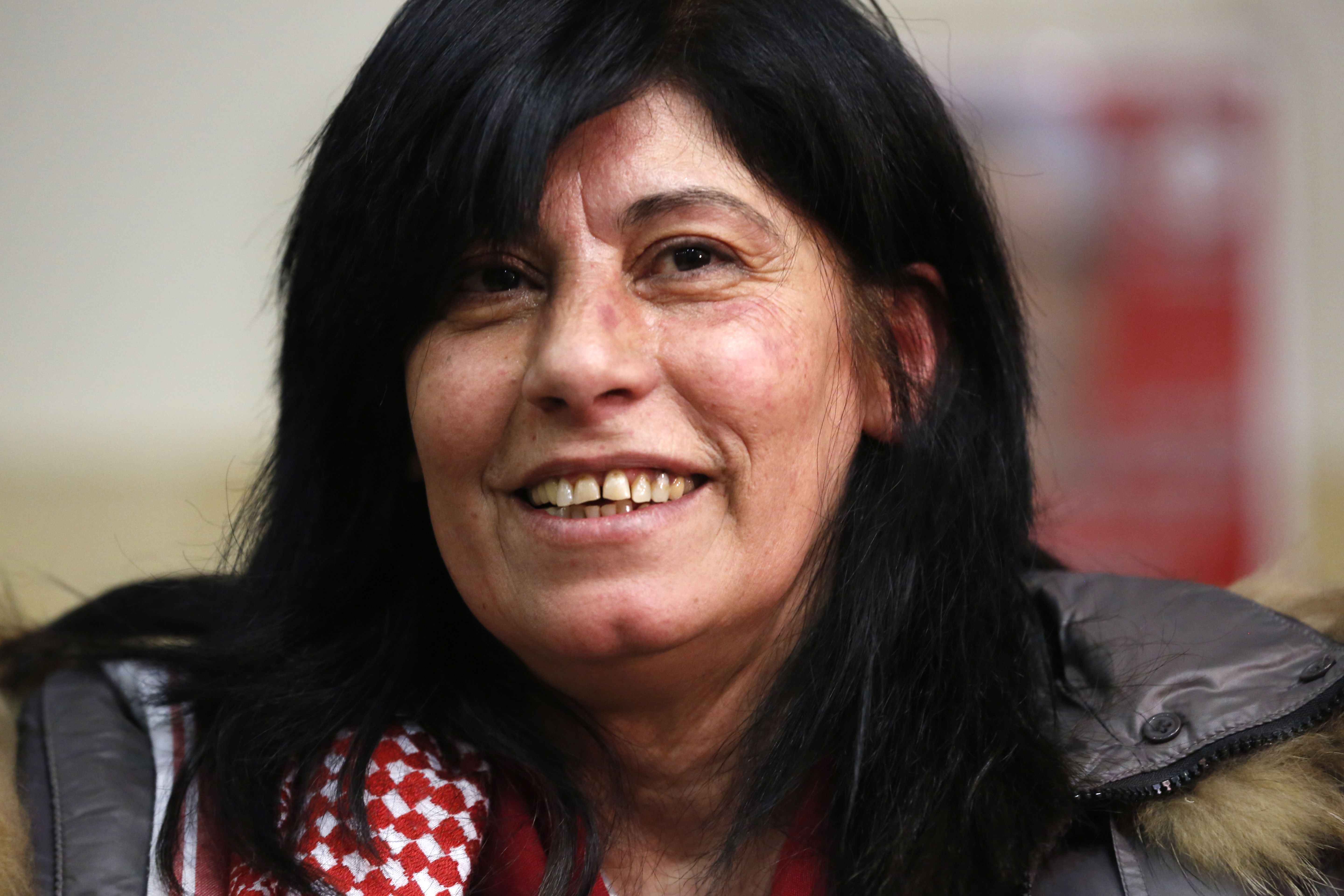 Popular Front for the Liberation of Palestine (PFLP) member Khalida Jarrar, 56, smiles following her release from an Israeli jail, in the occupied West Bank city of Ramallah, on February 28, 2019. (ABBAS MOMANI/AFP/Getty Images)

Addameer’s U.S. October tour made stops in New York and California and will end in Chicago on Friday, according to Facebook event pages. Addameer’s international advocacy officer, Lana Ramadan, will speak at an event hosted by the U.S. Palestinian Community Network (USPCN), a group guided by the goal of “ending Zionist occupation and colonization of all Palestinian and Arab lands,” its website reads.

Ramadan will be speaking about “the Israeli raid on [Addameer’s] offices in Ramallah, the most recent, brutal escalation of attacks on political prisoners and their advocates, and Palestinian resistance to this policy” Oct. 24, according to the USPCN. (RELATED: Imam Of Peace Calls Out Tlaib And Omar Amid Palestinian Rocket Fire)

“Several organizations, governments and legislations are in direct opposition to Palestinian rights and to the work of certain Palestinian movements and human rights organizations,” a page describing the event reads. “This is precisely shown in recent American laws that affect Palestinians directly.”

“Whether those laws affect funding received by the U.S. government or those which are anti the Boycott, Divestment, and Sanctions (BDS) movement, they show the politicization of American legislation that oppose Palestinian basic rights and also the rights of American citizen especially the rights to freedom of expression and the First Amendment right to participate in political boycotts.”

The House of Representatives voted overwhelmingly to condemn the BDS movement, which Addameer supports, in July for promoting “principles of collective guilt, mass punishment and group isolation, which are destructive of prospects for progress towards peace,” The New York Times reported.

Addameer, the U.S. Palestinian Community Network and NGO Monitor did not respond to the Daily Caller News Foundation’s request for comment.

Peter Hasson contributed to this report.