The 39 people found dead in a refrigerated truck trailer in England are believed to be Chinese citizens, police said Thursday.

The discovery of the truck has “led to the largest murder investigation in our force’s history,” the statement said, adding that the 25-year-old driver from Northern Ireland remains in custody after being arrested on suspicion of murder.

“The lorry has since been removed from the industrial park to allow the next stage of our investigative process to be conducted in peace, and to give the utmost dignity to those within the trailer as we prepare for a coroner’s post-mortem examination,” the statement added. (RELATED: Police Find 39 People Dead In A Truck In England. The Driver Is Under Investigation) 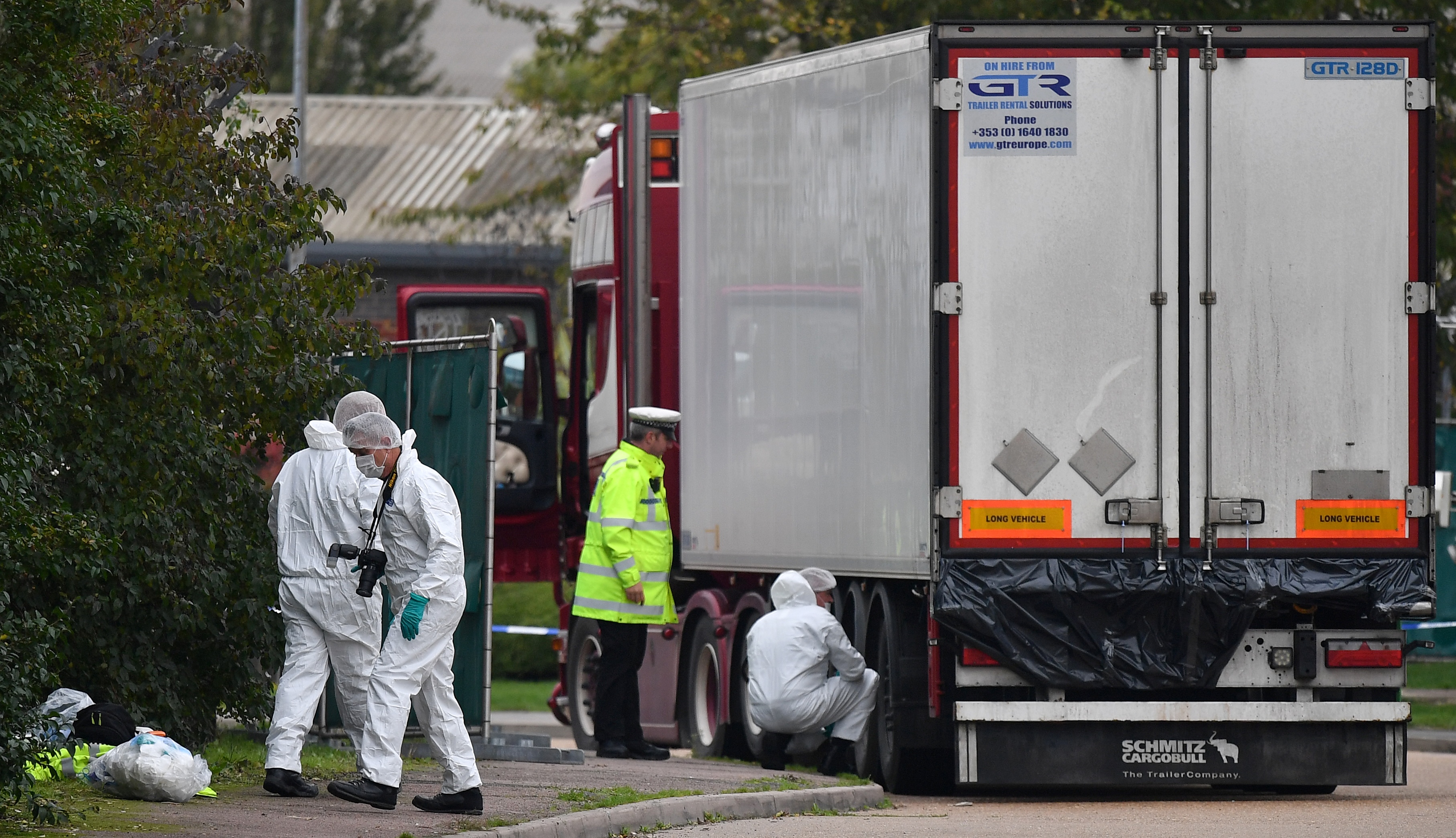 The tractor unit of the lorry traveled from Dublin and entered the United Kingdom on Sunday, according to the police statement. The lorry “collected” the trailer at a Purfleet port around 12:30 a.m. on Wednesday, and the cab and trailer left the port around 1:05 a.m. Wednesday. Police were called to Waterglade Industrial Park around 1:40 a.m. Wednesday after “our colleagues in the East of England Ambulance Service” reported that 39 people had been found dead.

The case bears similarities to a similar incident in 2000 when 58 Chinese migrants were found dead after suffocating from heat in a refrigerated truck that had been shipped from Belgium, according to the New York Times. The truck’s refrigeration system had been turned off and a vent in the truck had been closed, but two men in the truck survived. Authorities sentenced the driver, who was Dutch, to 14 years in prison for his involvement in the case.