This butt-dial is the second one Giuliani made to NBC News reporter Rich Schapiro, according to the outlet. This particular phone call came in at 11:07 p.m. and a subsequent three-minute voicemail was left on the reporter’s phone, Schapiro said.

Giuliani appeared to be speaking to another person in the room and began by discussing a man named “Charles” who “would have a hard time with a fraud case ’cause he didn’t do any due diligence,” he said at the beginning of the voicemail, which is provided by NBC News.

“I gotta get you to get on Bahrain,” Giuliani continued. Giuliani has ties in the Kingdom of Bahrain, and his firm signed a deal with the country to advice its police force on counter-terrorism threats, The Daily Beast reported in May. (RELATED: Fourth Involved In Alleged Scheme With Giuliani’s Associates Arrested)

Giuliani then started in about having to call a man named Robert, and the unknown person he is speaking to told Giuliani that Robert is in Turkey, according to the recording.

“The problem is we need some money,” Giuliani replied immediately. After nine seconds of silence, he added, “We need a few hundred thousand.”

Schapiro speculated “Robert” could be Robert Mangas, a Turkish government agent and lawyer at Greenberg Traurig LLP, where Giuliani worked until around May 2018. Mangas’s name appears in court documents regarding Reza Zarrab, a Turkish man charged with trying to evade American sanctions and laundering Iranian money.

Giuliani was part of the team helping Zarrab in 2017 and went to Turkey to try and secure a deal, according to NBC News. The two lawyers were employed by Greenberg Traurig at the same time. 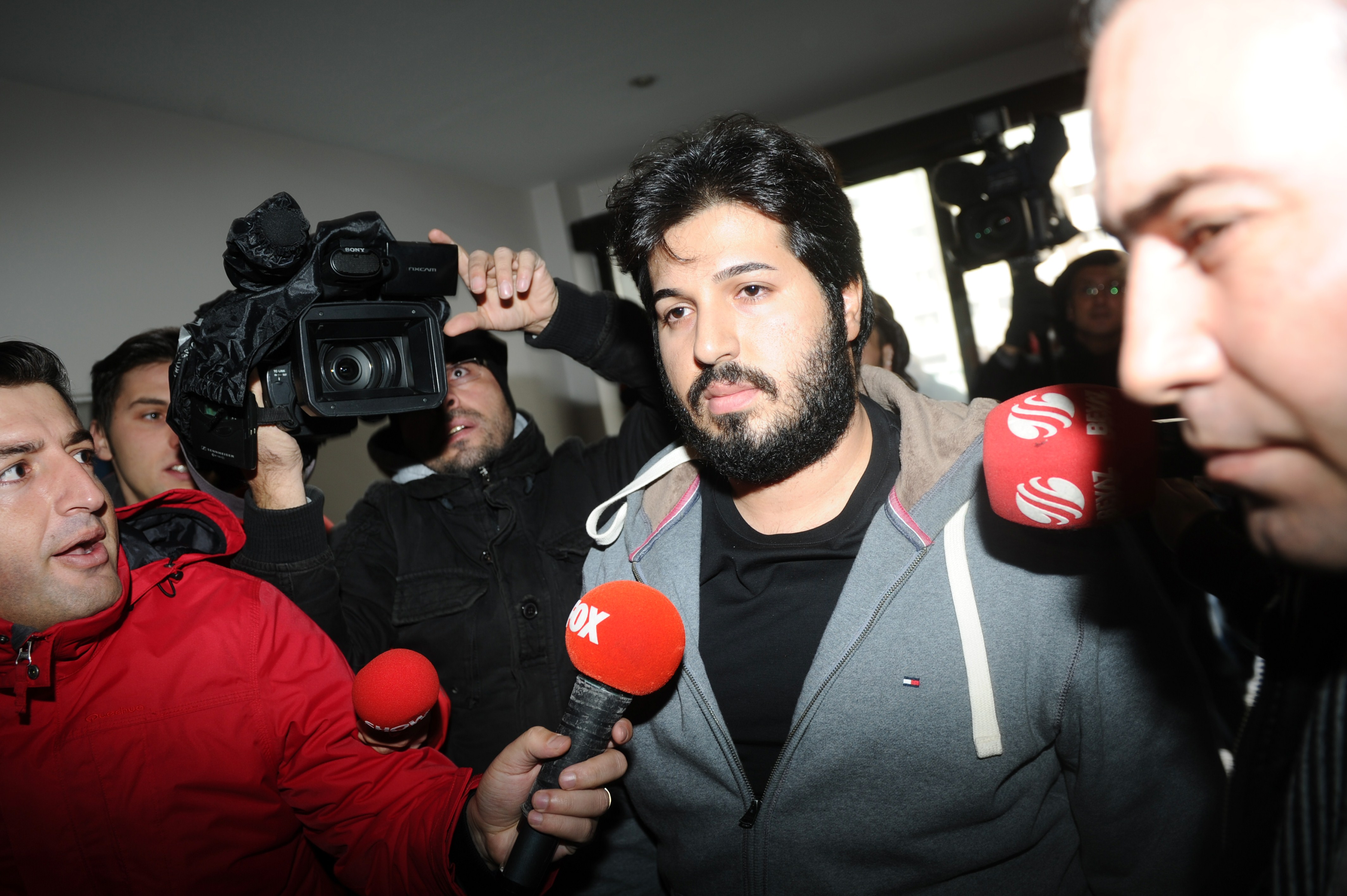 Detained Azerbaijani businessman Reza Zarrab (C) is surrounded by journalists as he arrives at a police center in Istanbul on December 17 ,2013. (OZAN KOSE/AFP/Getty Images)

The unknown man who Giuliani is speaking to in the recording asks if he wants “options,” and Giuliani said he does.

Eighteen days earlier, Giuliani butt-dialed the same reporter Sept. 28, a Saturday afternoon. A voicemail was also left in this situation, and Giuliani can be heard talking about how he has allegedly been targeted after he publicly accused former Vice President Joe Biden of numerous crimes.

“I expected it would happen,” Giuliani said. “The minute you touch on one of the protected people, they go crazy. They come after you.”

“There’s plenty more to come out,” he added. “He did the same thing in China. And he tried to do it in Kazakhstan and in Russia. It’s a sad situation. You know how they get? Biden has been trading in on his public office since he was a senator.” 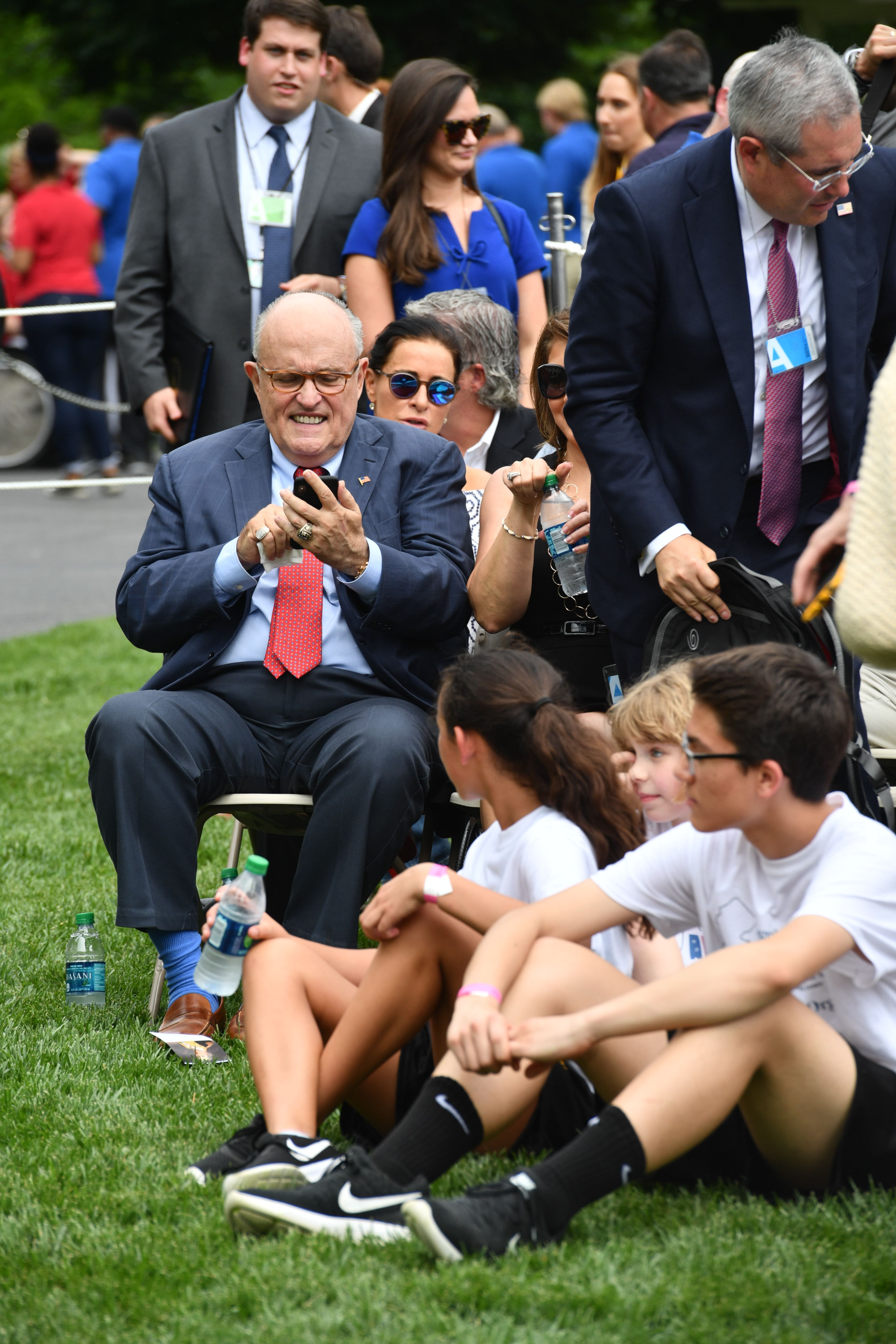 Rudy Giuliani(L) looks at his cellphone outside the White House before U.S. President Donald Trump delivers remarks and participates in the White House Sports and Fitness Day on May 30, 2018 in Washington, D.C. (NICHOLAS KAMM/AFP/Getty Images)

Giuliani continued to discuss Biden’s son Hunter, talking about money he made during his work overseas.

“When he became vice president, the kid decided to go around the world and say, ‘Hire me because I’m Joe Biden’s son.’ And most people wouldn’t hire him because he had a drug problem,” Giuliani added to another unknown person, according to the voice recording.

Giuliani has tried to get Ukraine to investigate the Bidens as the House of Representatives launched an impeachment inquiry into Trump following a controversial July 25 phone call with Ukrainian President Volodymyr Zelensky. (RELATED: Pompeo Confirms He Was On Phone Call With Trump And Ukraine)

He has also been seen often on television, giving interviews and promising to release incriminating evidence against the family.