Former Democratic president Bill Clinton said that failed 2016 candidate Hillary Clinton “may or may not” run for office in the future during an event alongside Hillary on Wednesday.

“She may or may not ever run for anything, but I can’t legally run for President again,” Bill Clinton said during a panel at Georgetown University Law School.

“She may or not ever run for anything, but I can’t legally run for President again.” – Bill Clinton leaving the door open on @HillaryClinton running for President in 2020. #StillWithHer #Hillary2020 pic.twitter.com/gDrmcR0ax1

This comment comes after Hillary herself fanned the flames of rumors that she may run for president again this month. In a Twitter exchange with President Donald Trump, Clinton threatened to jump into the 2020 race.

“I think that Crooked Hillary Clinton should enter the race to try and steal it away from Uber Left Elizabeth Warren. Only one condition. The Crooked one must explain all of her high crimes and misdemeanors including how & why she deleted 33,000 Emails AFTER getting ‘C’ Subpoena!” Trump tweeted earlier this month.

Clinton responded simply, saying, “Don’t tempt me. Do your job.”

Don’t tempt me. Do your job.

The 72-year-old previously said that she could “obviously” defeat Trump “again,” presumably a reference to her victory in the popular vote in the 2016 election. (RELATED: Hillary Refuses To Answer Question On 2020 Run) 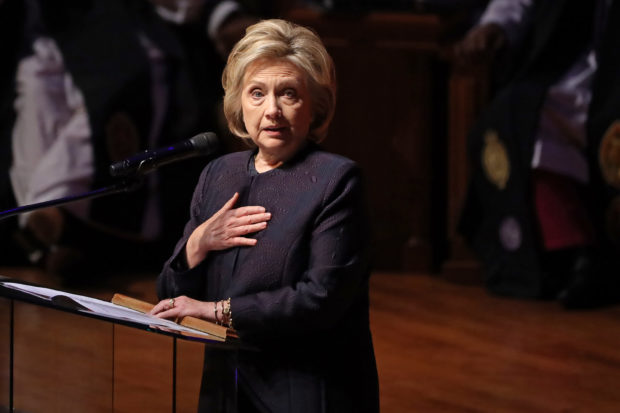