Gordon Sondland, the ambassador to the European Union, said he now recalls speaking with a top adviser to Ukrainian President Volodymyr Zelensky in early September about U.S. military aid that had been withheld from Ukraine, according to revised congressional testimony he gave to lawmakers Monday.

Sondland said in his updated statement that he told the Zelensky aide, Andriy Yermak, during a conversation in Warsaw on Sept. 1 that he believed the “resumption of U.S. aid would likely not occur until Ukraine provided the public anti-corruption statement that we had been discussing for many weeks.”

Sondland and Kurt Volker, the Ukrainian special envoy, worked through the summer with Trump lawyer Rudy Giuliani as part of an effort to get Zelensky to publicly commit to opening an investigation into whether Joe Biden interfered in 2016 to shut down an investigation of Burisma Holdings, a Ukrainian energy firm that had Hunter Biden as a board member.

Democrats have accused Trump of withholding the aid as part of a quid pro quo in order to pressure Zelensky to commit to investigations of Burisma and the Bidens.

Sondland, who initially testified to Congress on Oct. 17, said he did not have direct knowledge about why military aid had been withheld. (RELATED: House Democrats Release Kurt Volker And Gordon Sondland Transcripts)

Sondland “did not know” — and still does not know — “when, why or by whom the aid was suspended,” he said in the supplemental testimony.

“By the beginning of September 2019, and in the absence of any credible explanation for the suspension of aid, I presumed that the aid suspension had become linked to the proposed anti-corruption statements,” Sondland said in the revised statement.

In a statement, White House Press Secretary Stephanie Grisham highlighted that Sondland said he merely “presumed” there was a link between military aid and the Burisma investigation.

She said Sondland “cannot identify any solid source for that assumption.” 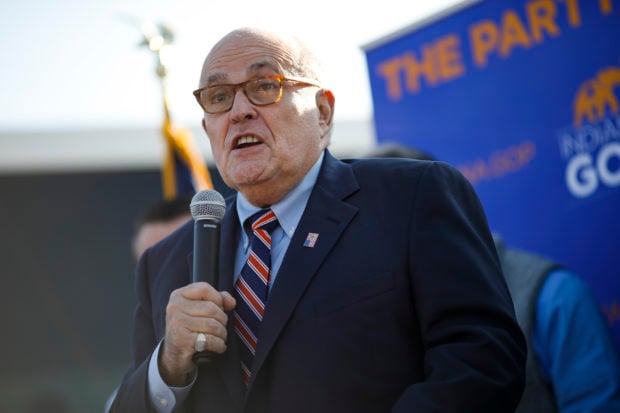 Politico broke the story Aug. 28 that the State Department and Pentagon had blocked hundreds of millions of dollars in military assistance to Ukraine in its fight against Russia. It has since been reported that Trump instructed White House chief of staff Mick Mulvaney in mid-July.

Sondland said in his revised statement that his memory about his conversation with Yermak was refreshed after reading opening statements given by Bill Taylor, the acting ambassador to Ukraine, and Tim Morrison, a top White House adviser on European issues.

Sondland said in his testimony in October that Trump told him in a Sept. 8 phone call he wanted “nothing” from Zelensky.

“I want no quid pro quo,” Trump said, according to Sondland.

“I want Zelensky to do the right thing.”