Jon Stewart joked about how he didn’t do “sh-t” for his kids and wasn’t willing to shell out hundreds of thousands of dollars for them like Felicity Huffman and Lori Loughlin have been accused of.

“It’s like the college scandal,” the 56-year-old comedian explained during his appearance at the 13th annual Stand Up For Heroes fundraiser at Madison Square Garden, per Page Six in a piece published Tuesday.”You know when all those parents were trying to get their kids into USC, whatever.” (RELATED: Report: Felicity Huffman Deletes Post About Being A ‘Good Enough’ Mom Following College Admission Scam Arrest) 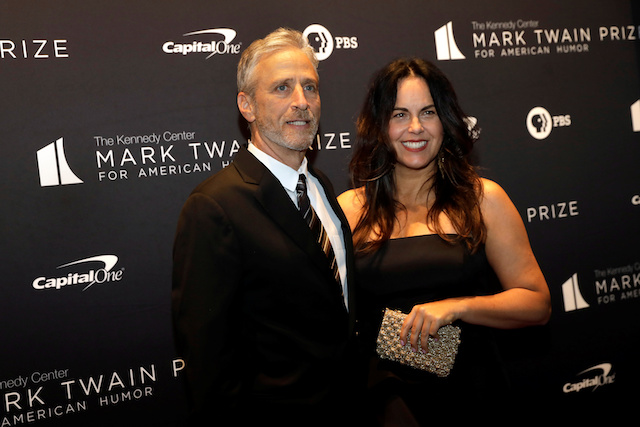 At one point, the former talk show host even brought up presidential hopeful Joe Biden and his son, Hunter Biden, comparing them to the “Full House” actress being willing to go to prison for allegedly paying to get her daughters, Olivia Jade and Isabella Giannulli, into USC by pretending they were competitive rowing recruits.(RELATED: Felicity Huffman Pleads Guilty In College Admissions Scandal)

“And the whole thing really made me realize between Hunter Biden sitting on the board at Burisma and Aunt Becky maybe going to prison for $500,000 how much I really feel like I don’t do s–t for my kids,” the TV host joked, with an audience that was laughing through the whole bit.

“I don’t do s–t for these people,” he added. “There’s people out there like, ‘Honey, I’m going to go to jail for 40 years so you can major in nutrition.’ And with my kids, I’m like, ‘I’m not driving you to the diner. Not going to happen.'”

Stewart continued, “I understand they get upset about it, but listen, the world’s going to end soon so what the hell do we care.”

As previously reported, the “Desperate Housewives” star recently completed 11 days in a federal correctional facility after she pleaded guilty to her part in the college admission scam, Operation Varsity Blues.