Authorities in Washington state determined that a robbery at a local restaurant was a hoax concocted by immigrants hoping to qualify for special visas and avoid deportation.

Two men reportedly robbed a restaurant in SeaTac, Washington, at gunpoint on the night of Oct. 19. The robbers allegedly tied up a the restaurant manager and six customers inside and went on to steal money, jewelry and other items inside the establishment, The Seattle Times reported. It was also reported that the assailants sexually assaulted two women during the robbery.

Two Samoan males, who later fled the scene in one of the victim’s trucks, carried out the robbery, according to initial testimony.

“It’s a dangerous style robbery,” Sgt. Ryan Abbott of the King County Sheriff’s Office said in October after the alleged attack. “And thankfully again, no one was hurt. And now it’s just a matter of trying to determine who these suspects are and catching them.” 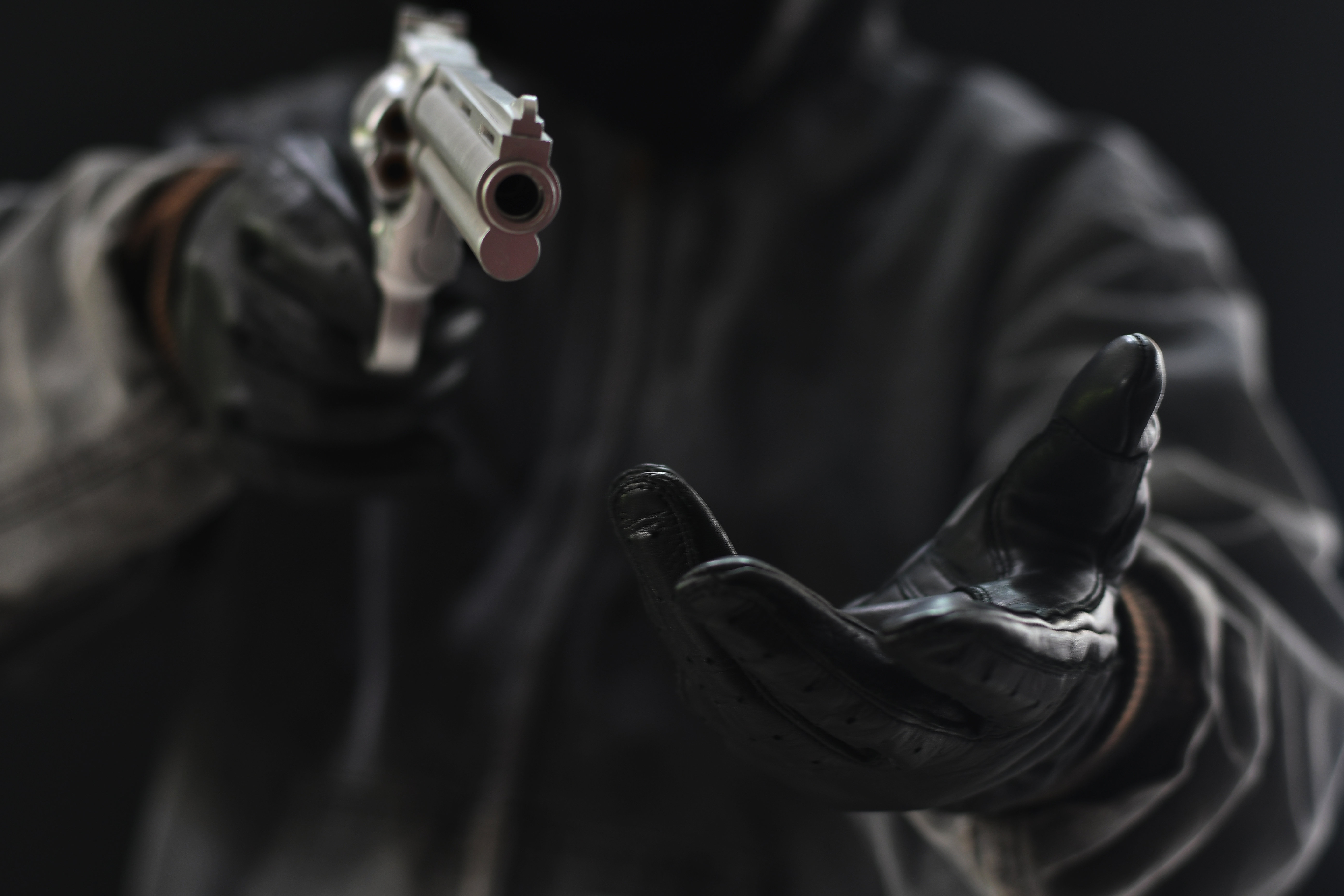 Armed robbers used the gun to rob the money. Shutterstock.

Authorities revealed Monday who they believe were behind the robbery: Everyone at the restaurant. The King County Sheriff’s Office said they believe 10 people staged the robbery in order to obtain U visas.

“Today I can confirm to you it was all a lie,” King County Sheriff Mitzi Johanknecht said during a Monday press conference. “Every employee present that evening, every customer, participated in a deliberate hoax. Not only is false reporting a crime, but in this case, concocting a violent takeover crime where the suspects were allegedly armed, sets up the potential for some really bad things to happen.”

“Our detectives believe that participants hoped to avoid deportation, applying for and receiving a federal U visa,” Johanknecht continued. “This hoax should be an affront to all of us, especially to those real victims of violence and sexual assault that U visas were intended to protect.

Johanknecht told reporters that things were “not making sense” early on into the investigation of the reported robbery. Stories from different witnesses did not add up and eventually “somebody offered up the truth.” The sheriff said the case is still under investigation, and it’s not known what will happen to those individuals who reported a false crime.

The incident appears to mark the latest instance where a foreign national stands accused of lying to authorities in order to obtain a U visa.

The U visa program, established in 2000, was created to incentivize immigrants into helping U.S. law enforcement catch and prosecute criminals. Foreign nationals who are victims of a crime can apply for a U visa, allowing them to remain in the U.S. and assist authorities.

However, there have been unintended consequences since the launch of the program. A growing number of foreign nationals have been caught lodging false accusations against U.S. citizens in the hopes of qualifying for a U visa. Immigration experts argue the program is designed to attract fraud. 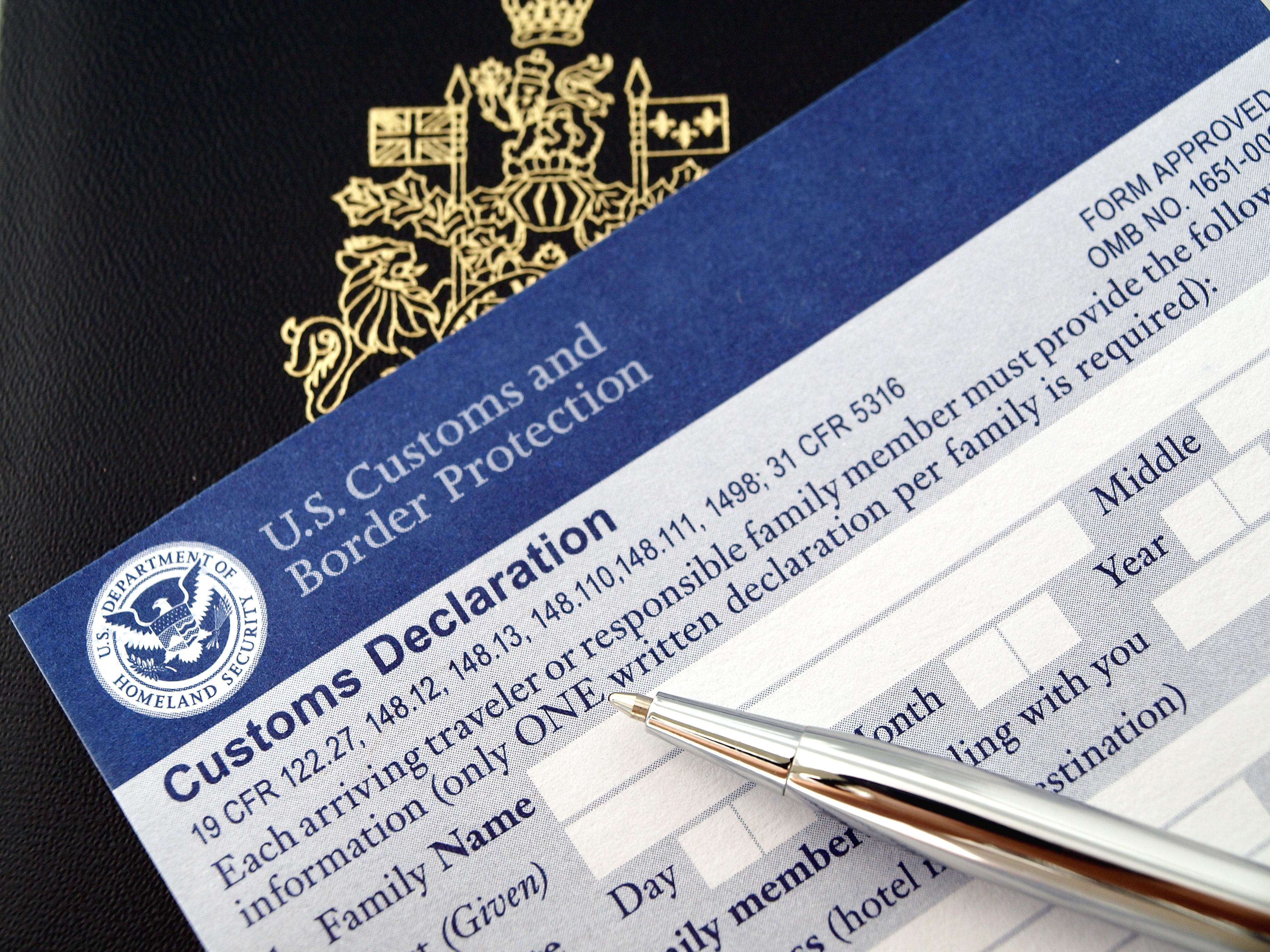 A  U.S. customs and border form is pictured. Shutterstock

“The program’s vague standards and lucrative perks, make it a prime target for abuse by well-meaning, but misguided law enforcement agencies — particularly those in so-called ‘sanctuary jurisdictions,'” Matthew Tragesser, communication specialist for the Federation for American Immigration Reform, said to the Daily Caller News Foundation.

“Though the program may offer some help to some aliens who have been exploited by criminals, there is little data suggesting that the program significantly improves the prosecution of crime in immigrant communities, or that it has had a measurable impact on human trafficking,” Tragesser continued.

King County, a Democratic bastion in Washington state, has enacted laws that give sweeping protections to illegal aliens, and has publicly sparred with federal immigration authorities over its refusal to cooperate with Immigration and Customs Enforcement (ICE) agents. (RELATED: Sanctuary County Rolls Back Its Anti-ICE Policy Following String Of Illegal Aliens Charged With Rape)

In one gruesome example, King County authorities did not honor several ICE detainers placed on an illegal alien who was repeatedly arrested in the area, choosing instead to release him back into the community. That individual, along with another illegal alien, allegedly went on to brutally murder a teenage boy in September, beating his head with a bat and slashing his neck with a machete.