Democratic presidential candidate Sen. Bernie Sanders unveiled a proposal Thursday to overhaul the Department of Homeland Security, positioning himself to the far left on the issue of immigration enforcement.

The Vermont senator introduced a sweeping immigration plan that champions the largest overhaul of DHS since it was established in the wake of the 2001 terrorist attacks. The progressive lawmaker, among many items, called for the breakup of two DHS agencies, a halt on deportation, a halt to border wall construction and the embrace of tens of thousands of “climate migrants.”

“My father came to America as a refugee without a nickel in his pocket, to escape widespread anti-Semitism and find a better life,” Sanders tweeted Thursday. “Today I released my plan to reject Trump’s hate and live up to our ideals as a nation that welcomes immigrants and refugees.”

With the introduction of his plan, Sanders became the first Democratic candidate to call for the breakup of Immigration and Customs Enforcement (ICE) and Customs and Border Protection (CBP), the two agencies under DHS that are tasked with protecting the U.S. border and carrying out immigration enforcement. 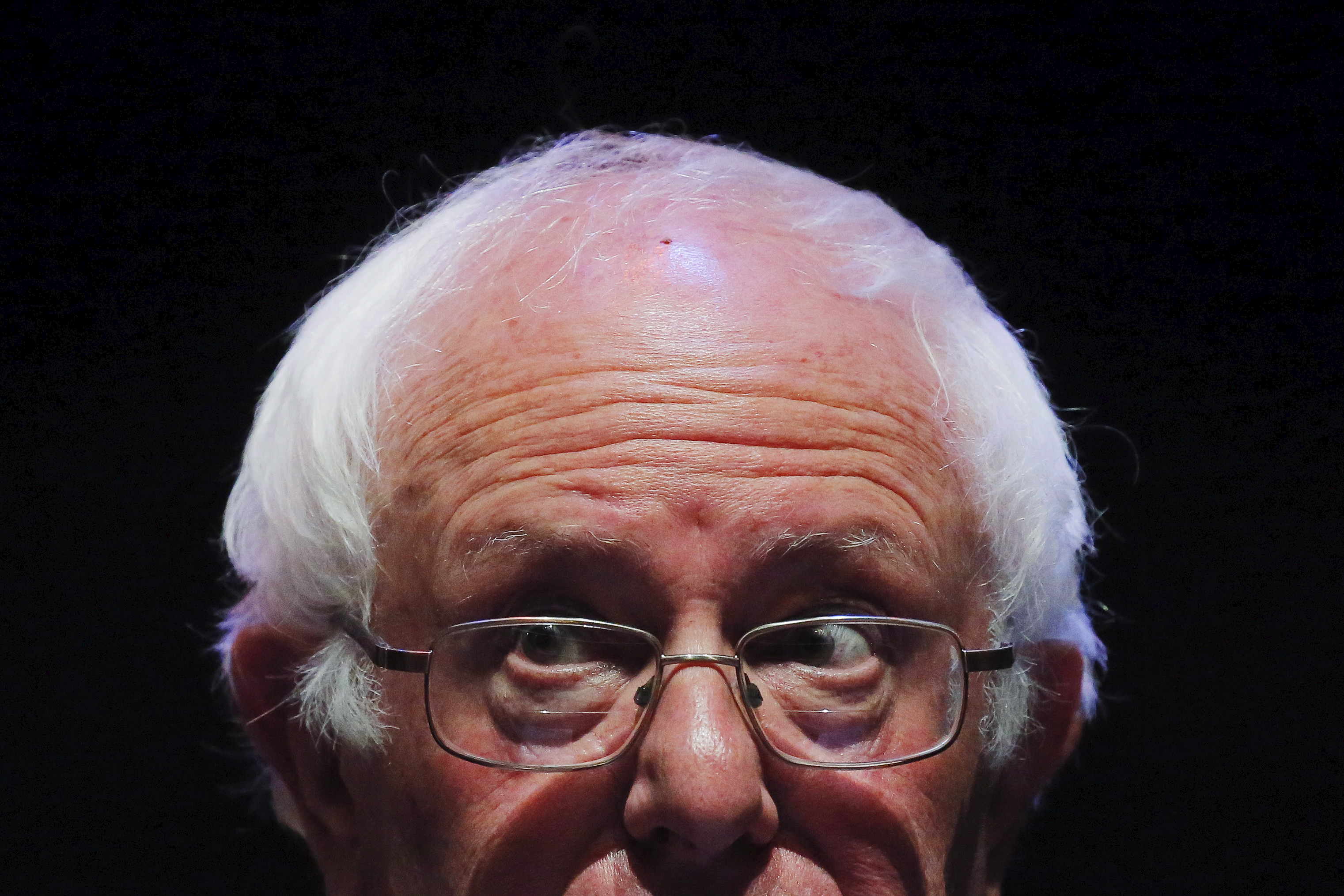 The self-identified democratic socialist instead wants many of ICE’s current authorities to be transferred to the Department of Justice, such as deportation and other enforcement duties. Under his plan, the Treasury Department would take on many of the roles CBP currently performs, and the State Department would handle naturalization and citizenship authority.

“Immigration is not a threat to national security,” Sanders’s proposal read. “It is long past time we break up the Department of Homeland Security and refocus its mission on keeping our country safe and responding effectively to emergencies.”

Sanders pledged to put a moratorium on all deportations beginning on the first day of his administration until a “thorough audit of current and past practices and policies” is completed.

Another major tenet of Sanders’s proposal includes the decriminalization of illegal immigration. Under current law, unauthorized entry into the U.S. is a federal misdemeanor, punishable by up to six months in prison. Repeated unauthorized entry can be punished by up to two years in prison. Under the senator’s plan, illegal border crossings would be a civil violation.

Sanders also called for an end to detention for illegal aliens who do not carry a violent crime conviction and instead provide them “community-based alternatives to detention,” such as programs that offer illegal aliens educational, health, legal and work resources.

The lawmaker wants to extend legal status to foreign nationals who qualify for the Deferred Action for Childhood Arrivals, or DACA, program and grant relief to their parents. Illegal aliens who have been living in the U.S. for at least five years will be allowed to remain without fear of deportation. However, his plan did not explain how residency can be determined, given that it can difficult to verify when an alien entered the country illegally. 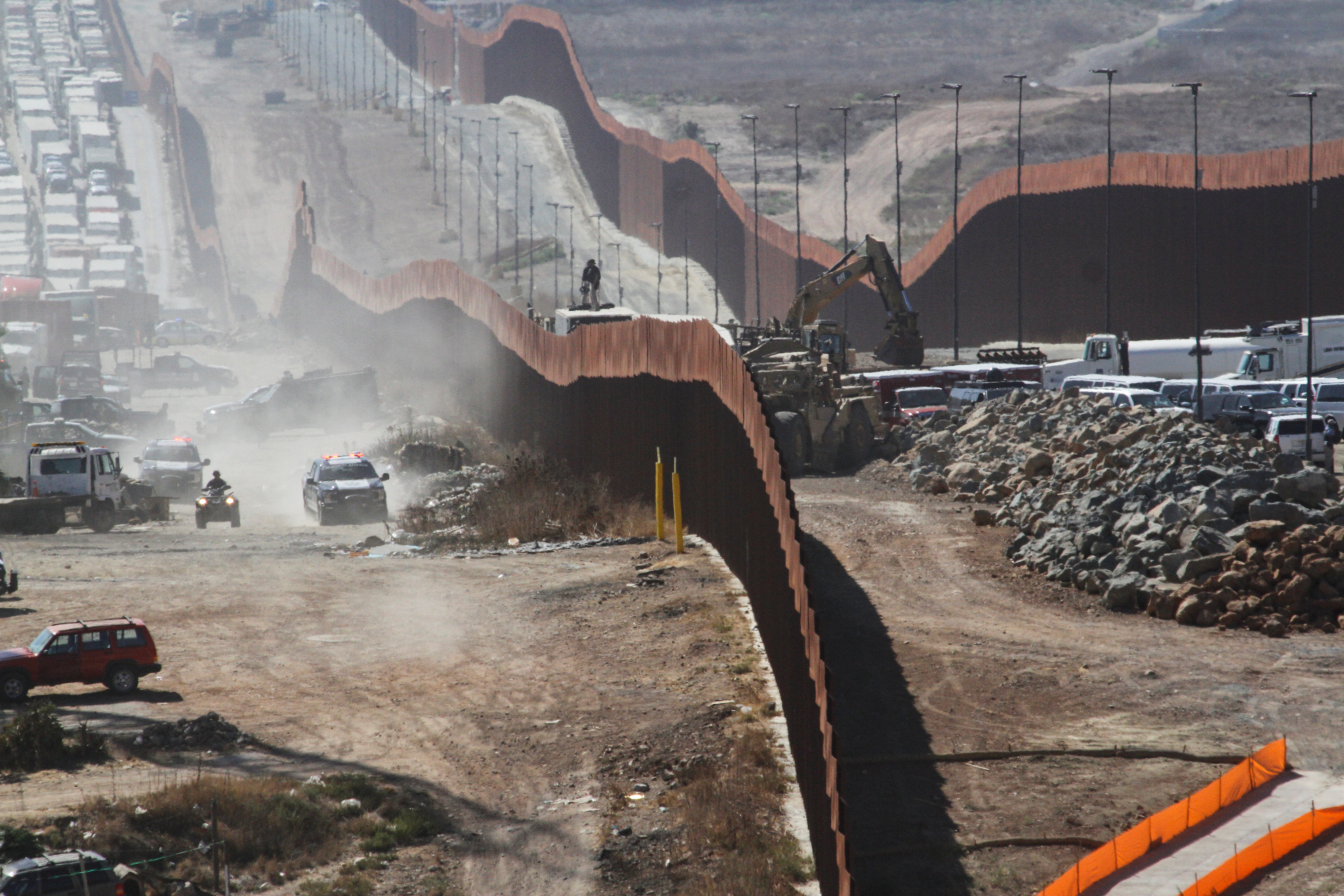 A general view shows Mexican security forces (L) keeping watch at the border fence between Mexico and the United States, ahead of the visit of U.S. President Donald Trump to a section of the border wall in Otay Mesa, California, as pictured from Tijuana, Mexico, Sept. 18, 2019. REUTERS/Jorge Duenes

Sanders also wants a pathway to citizenship for the 11 million or so illegal aliens believed to be living in the U.S. and added that “old or low-level contacts” with the criminal justice system would not negatively affect their pathway to U.S. citizenship.

“Bernie will end this fear and uncertainty in the undocumented community,” the proposal read.

In what appears to be a stretch into the senator’s environmental platform, Sanders also declared that he would accept a minimum of 50,000 “climate migrants” in the first year of his presidency, welcoming migrants allegedly displaced by climate change. He also wants to establish a $14 billion legal defense program to assist poor migrants undergoing immigration cases.

The lawmaker also wants to unwind progress made under the Trump administration by halting all construction of the southern border wall and giving back federal grants that were denied to sanctuary cities — both on the first day of his administration. (RELATED: DHS Veterans Blast Democrats For Wanting To Decriminalize Illegal Immigration)

“We must stand together with our immigrant friends and neighbors and stand up to President [Donald] Trump’s xenophobic words and actions,” the proposal continued.