The willingness of corporate America to bend the knee to China has been in the spotlight, thanks mostly to the NBA’s recent uncomfortable willingness — eagerness, even — to bow to the Chinese censors in order to maintain access to China’s 1.4 billion eyeballs.

The casual flippancy with which the NBA turned, shrugged, and genuflected to China was shocking to more than a few Americans, many of whom expected the most American of corporations to muster at least an attempt at sympathy for the struggle of Hong Kong to maintain its democratic independence from the mainland government.

But in fairness, it shouldn’t have come as such a shock. The NBA has had a lot of role models for how to suck up to China — particularly from the world of Big Tech.

And on Tuesday, some in Congress were intent on taking notice.

In the Senate Judiciary Committee’s Subcommittee on Crime and Terrorism, GOP Sen. Josh Hawley of Missouri convened a hearing to examine just how deeply American tech companies have prostrated themselves to Beijing. The answers were more than a little unsettling. 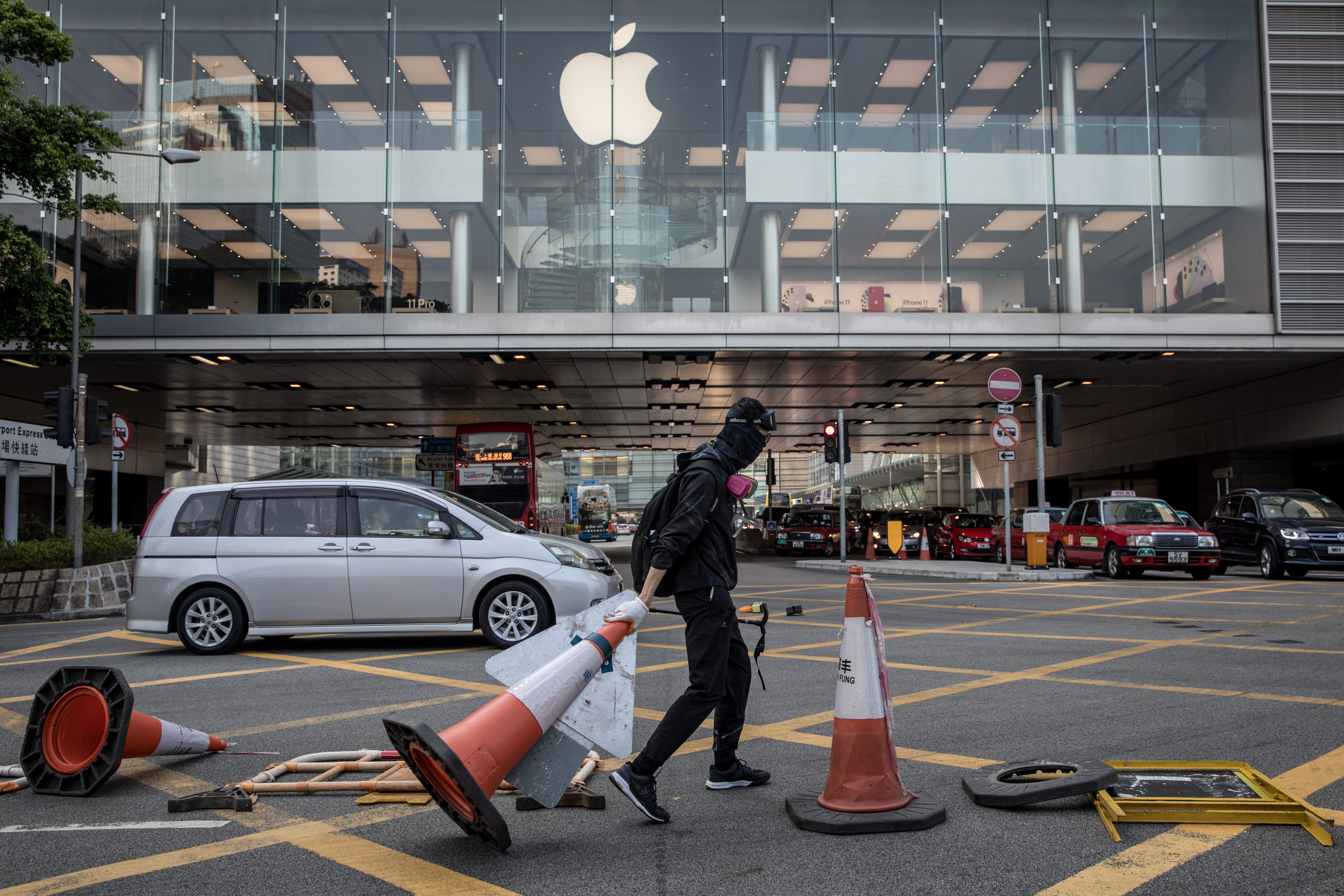 A pro-democracy protester blocks a road outside the Apple store during clashes with police on Oct. 1, 2019 in Hong Kong, China. (Photo by Chris McGrath/Getty Images)

Hawley opened the hearing with a statement chastising the two companies that had been summoned to the hearing, but failed to appear: Apple and a wildly popular Chinese-owned social media app, TikTok. (RELATED: Marco Rubio Calls For Review Of TikTok App Amid Chinese Censorship Concerns)

Both corporations have troubling relationships with our data and the Chinese government. Consider TikTok, which Hawley characterized in blunt terms. “A company compromised by the Chinese communist party knows where your children are, knows what they look like, what their voices sound like, what they’re watching, and what they share with each other.”

He went on, “TikTok claims they don’t store American user data in China — but all it takes is one knock on the door of their parent company, based in China, from a communist party official, for that data to be transferred to the Chinese government’s hands.”

Lest you think the good senator is exaggerating, ByteDance, TikTok’s Chinese parent company, was recently fined $5.7 million by the Federal Trade Commission to settle allegations that its platform illegally collected the names, email addresses, pictures and locations of users under the age of 13. Former employees of TikTok have recounted in detail the censorship regime imposed on the app by the Chinese government.

Apple, for its part, has a business model and business practices which are increasingly entangled with the Chinese government. The communist state has become essential to Apple’s success, and the price has been the data of Apple’s Chinese users.

More recently, Apple removed an app used by Hong Kong protesters at the request of the Chinese government. Apple has also been complicit in the distribution of apps used to perpetuate Chinese repression of millions of Uighur Muslims. (RELATED: China Condemns Apple Over App That Guides ‘Hong Kong Thugs’ By Tracking Police)

Hawley put a finer point on it, noting that, “if you’re a Uighur, a dissident, or a protester in Hong Kong, Apple’s corporate values will not help you.” 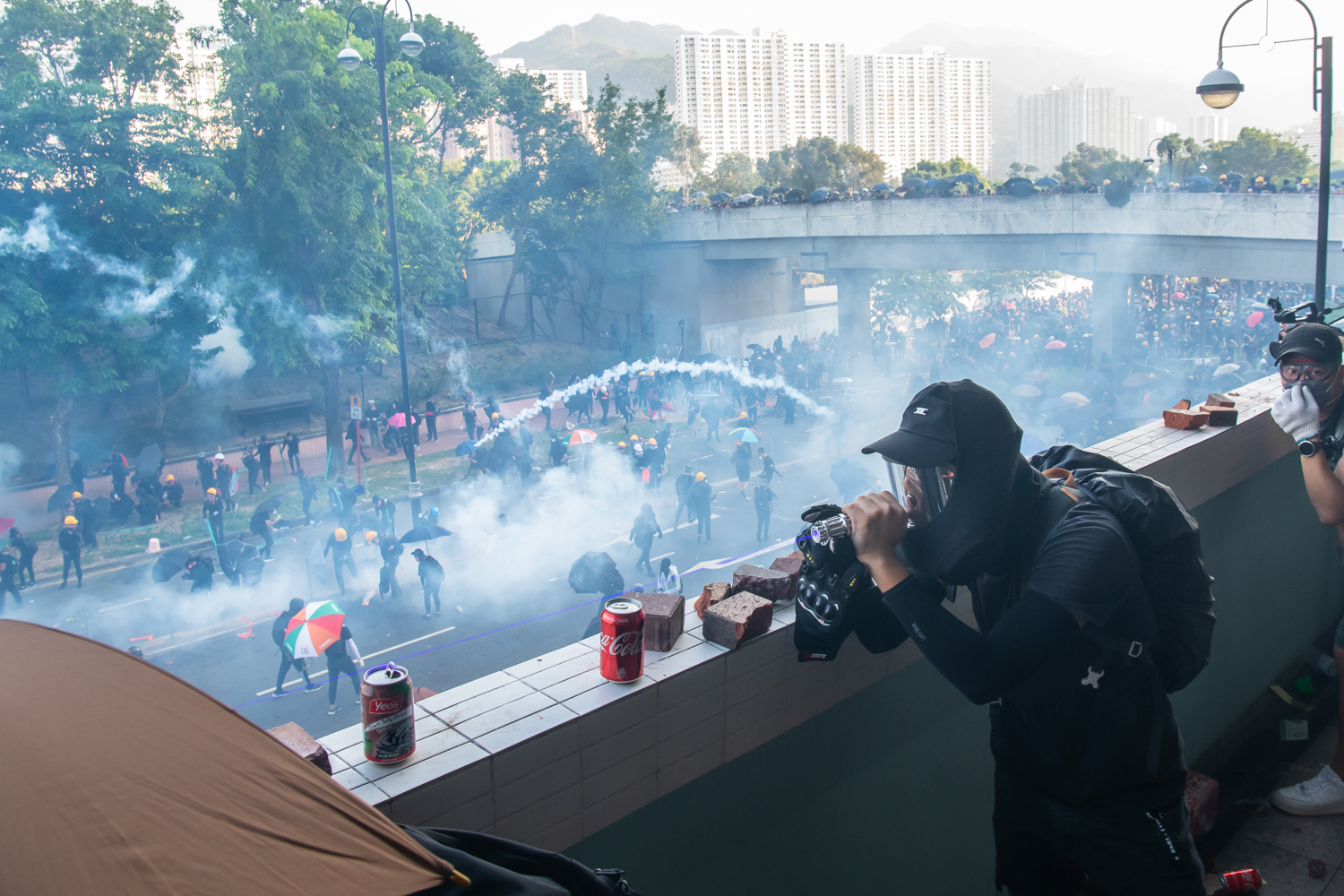 Big Tech appears to take the position that, as long as shareholders are happy, who cares if your business facilitates a genocide or two? But increasingly, it’s not just Chinese minorities being compromised for the sake of Big Tech’s bottom line; American data is being put at risk by American companies’ willingness to grovel to China.

While American tech companies have been eagerly seeking to please China over the last two decades, China has been busy trying to copy and steal American technology.

Next year, they will make that once covert mission an overt one. Based on a massive cyber law passed by the country in 2016, all companies in China, including foreign-owned ones, “must arrange and manage their computer networks so that the Chinese government has access to every bit and byte of data that is stored on, transits over, or in any other way touches Chinese information infrastructure,” according to hearing witness Klon Kitchen. (RELATED: OPINION: Google And China Have Similar Ideas About Censorship And Privacy)

In other words, there is nowhere left to hide. As Kitchen put it, “the Chinese government will have lawful and technical access to all digital data within its borders and perhaps to large volumes of data beyond its borders.” If a company operates in China, they will be required to provide the country’s intelligence and law enforcement authorities all the access they want to that company’s data.

The implications for American companies are stark. Trade on the bottom line, or trade in on the American consumer?

Big Tech’s priors in this regard are not comforting. When presented with the choice to engage in an overt censorship regime that passed user data to the Chinese government, or to opt out of the Chinese market, Google chose the former. 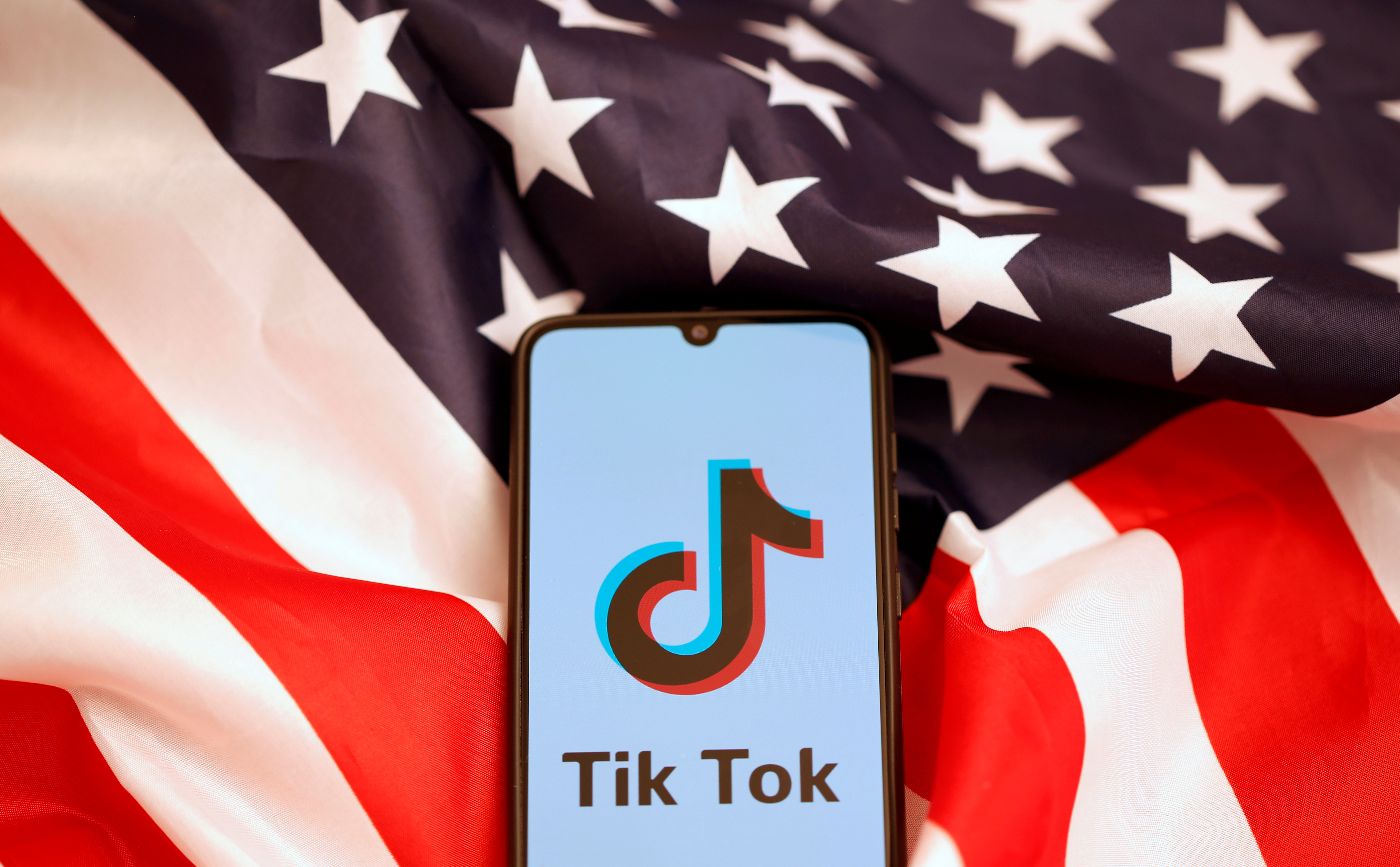 Tik Tok logo is displayed on the smartphone while standing on the U.S. flag in this illustration picture taken, Nov. 8, 2019. REUTERS/Dado Ruvic

What is the price that Apple is willing to pay to maintain access to the supply chain it has so carefully curated in communist China? It’s an unknown, and based on the company’s refusal to present itself at this week’s hearing, an answer they are clearly not comfortable giving.

But the reality is, this question has become bigger than just the company’s bottom line. Rather, as China aggressively seeks access to the data of every foreign company operating there, these are questions that directly impact American national security — from individual citizens to government entities. (RELATED: Google’s Secret Chinese Censorship Project Effectively Ends After Employees Revolted)

It’s also a moral question. How far are these companies willing to go to ensure access to a profitable market? The answer is partially presenting itself. Klon Kitchen, the Heritage Foundation witness, put in gut-punchingly stark terms, “China imprisons and tortures and kills religious minorities and political dissidents, and it’s using compliant companies to do this at scale.”

In fairness, Apple and other Big Tech firms rarely refer to themselves as American companies. They prefer “citizens of the world,” whatever that means. But as China becomes overt in its mission to export its censorship and its data demands onto multinational companies, what was formerly a multi-faceted choice is becoming a binary one.

For Big Tech, it has become a time for choosing. American values, first? Or bending the knee to China, and willingly handing over reams of consumer data, becoming partners in minority repression, and busily censoring content at the behest of their communist masters.