Democratic California Rep. Adam Schiff said Sunday the Senate would have “no reason” to call him as a witness in any impeachment trial for President Donald Trump.

The House Intelligence Committee chairman told “Meet the Press” that if the Senate does ask him to testify it would mean they aren’t taking impeachment “seriously.”

“Look, if the Senate wants to call me as a witness, then they have pretty much made the decision not to take this process seriously. I’m not a fact witness. I was a chairman of one of the committees doing an investigation. I’m not in the shoes of a special counsel, I don’t work for the Justice Department. All I can relate is what the witnesses in the open hearings and that’s no reason to call me as a witness,” he said.(RELATED: Brit Hume: Schiff Spreading ‘Nonsense’ That Whistleblower Has A ‘Right To Anonymity’)

Republicans have called Schiff a fact witness and more, describing him as the “judge, jury and prosecutor” in the impeachment process. They have also alleged that he has met with the whistleblower who ignited the impeachment inquiry and that the congressman knew of his complaint before it became public.

Schiff suggested that former National Security Advisor John Bolton is someone who should be compelled to testify at a potential impeachment trial. “Now, people like John Bolton, whose deputies had the courage to come in and testify, are going to have to answer one day why they saved what they knew for a book rather than tell the country when the country needed to know,” Schiff said. (RELATED: Ocasio-Cortez Says Impeaching Trump Is About Saving The Democratic Party From Disaster)

Bolton resigned from his position over reported foreign policy differences with the president and has since accused the administration of locking his Twitter account to maintain his social media silence. 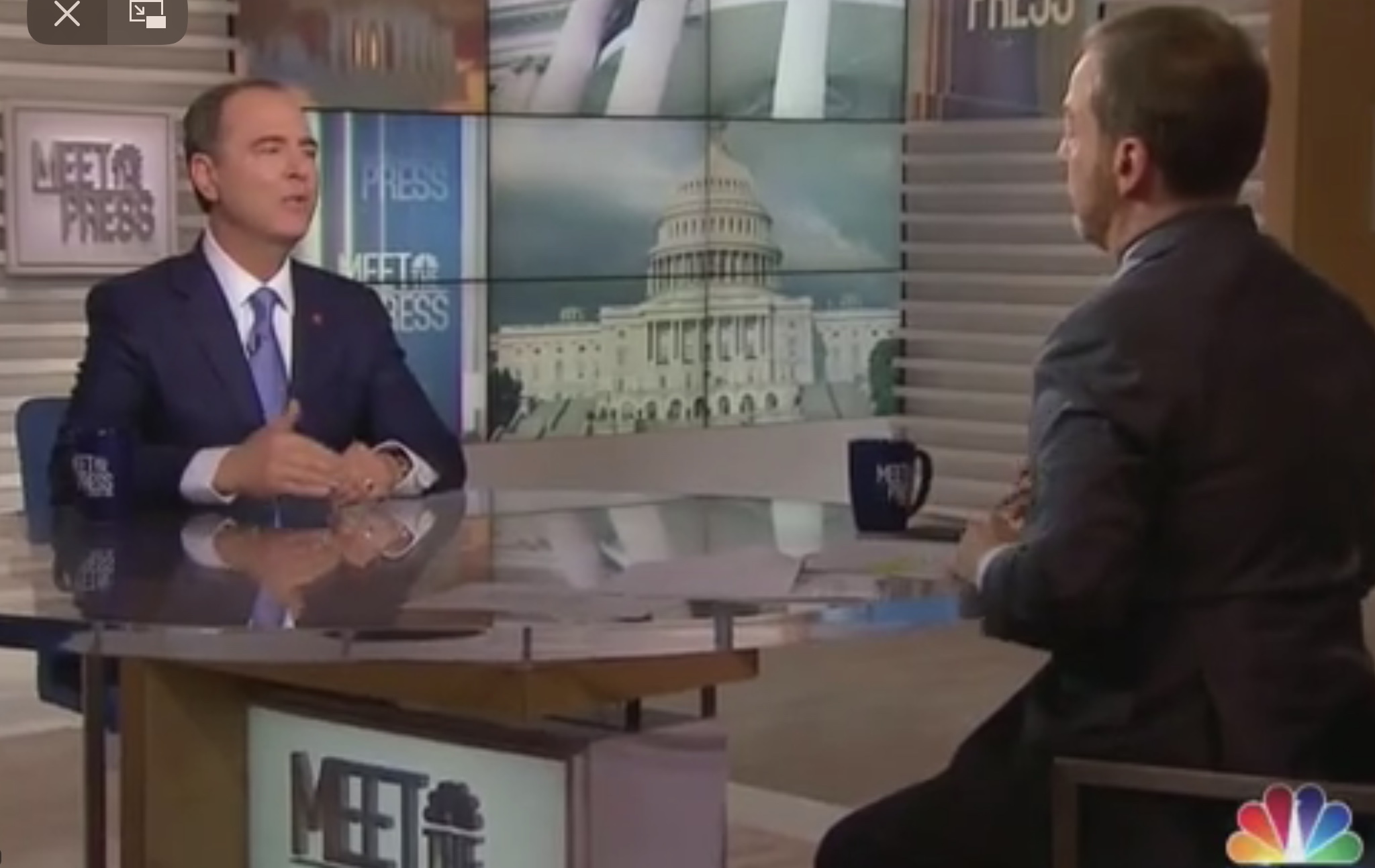 Talking Sunday, Schiff repeated his claim that there was no longer any reason for the whistleblower to testify at the impeachment hearings, especially since Trump had supposedly put the individual’s “life in danger.”

The committee chairman claimed, “Two things happened. One we were able to prove it with witnesses that had first hand information and second the president and his allies put the whistleblower’s life in danger.”

Schiff suggested there was no need to hear further witnesses because he believes the evidence of presidential wrongdoing is “overwhelming.” However, he would not close that door at the present.

“We don’t foreclose the possibility of others [testifying].”