A person claiming to be the anonymous author of a tell-all book about the Trump administration promised Reddit users Tuesday that the president would hear from the person “in my own name” before the 2020 election.

The anonymous author, a “senior Trump administration official,” wrote in The New York Times in 2018 that there is a group of administration officials working against the president’s interests. The person launched a book Nov. 19 titled “A Warning.” It gives “an unprecedented behind-the-scenes portrait of the Trump presidency.”

The author took questions on Reddit Tuesday evening in an “Ask Me Anything” format, according to Mediaite. The publisher of the book told Reddit that the person answering the questions was the anonymous author.

“Trump will hear from me, in my own name, before the 2020 election,” the author warned after a user asked why the person has “so little integrity” to speak publicly. 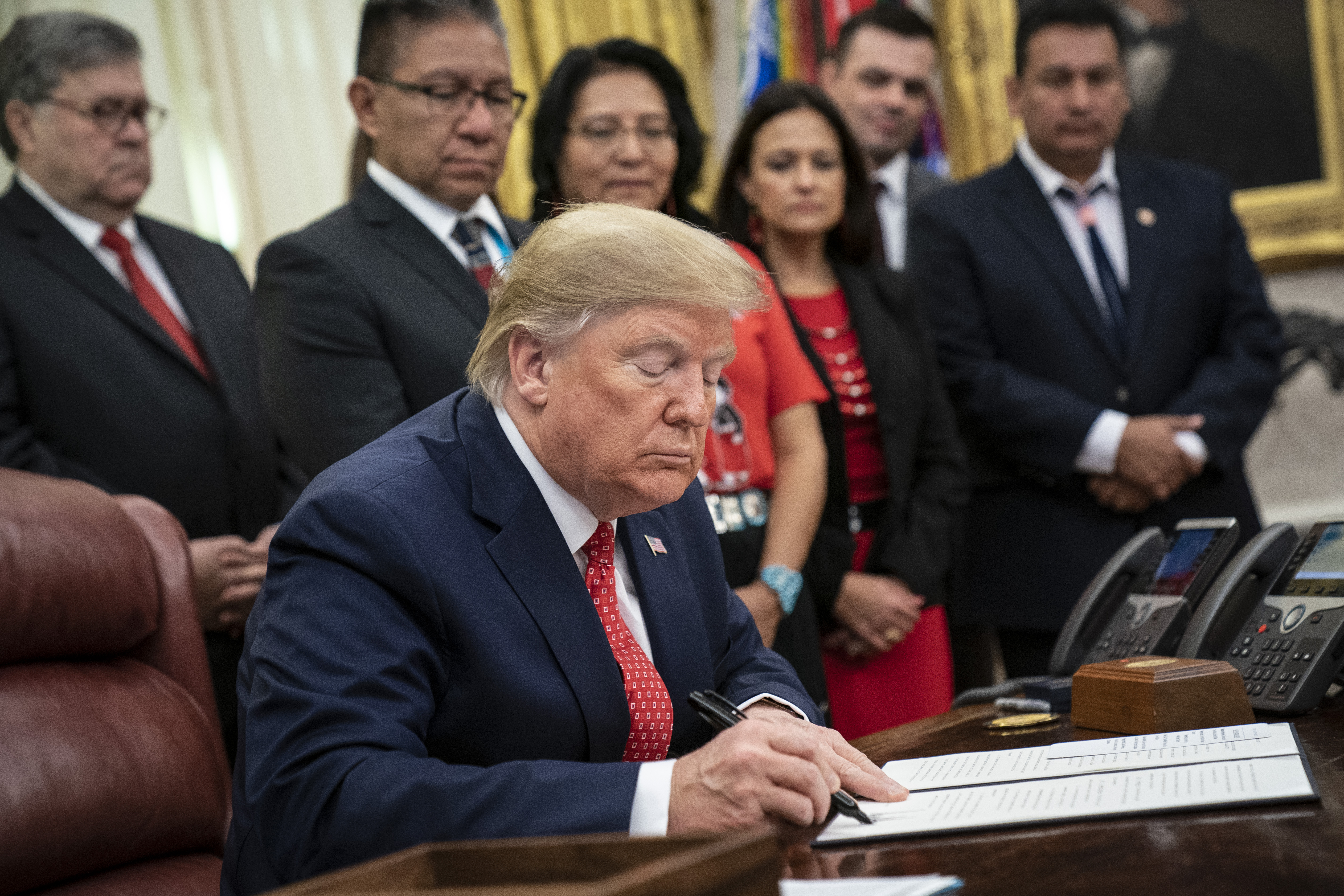 President Donald Trump signs an executive order establishing the Task Force on Missing and Murdered American Indians and Alaska Natives in the Oval Office of the White House on Nov. 26, 2019. (Drew Angerer/Getty Images)

The anonymous author also tried to explain why he or she is remaining unnamed, although the person appeared to promise that the president would learn who wrote the book. “Anonymous” compared the decision to remain unknown to Founding Father Alexander Hamilton or former President James Madison.

“They hid their identities, not because they were scared to debate the issue openly, but because they wanted the public to focus on the message and not the messenger,” the anonymous author wrote, according to Mediaite. “They didn’t want their personal involvement to be a distraction. … Trump thrives on distractions, and anonymity is a way to deprive him of his favorite weapon of mass distraction–personal attacks–and force the discussion to center on the substance, his character.”

The book’s author attacked the president for his attacks on “honorable public servants,” noting that the whistleblower who has sparked an impeachment inquiry is one of those people.

“He can’t win on ideas, just on mud slinging and personal attacks. So he’s trying to use the long arm of government to unmask and undermine his critics. … There is a great deal that was left out of the book, out of necessity. But there is more to come, in due course,” the anonymous author wrote.

The anonymous book details a president who is allegedly unable to focus on more than one task at a time and who has forced officials to “dumb down their work,” the book reads. The Daily Caller published an anonymous opinion piece Tuesday from a different senior official in the Trump administration that hit back at the book “A Warning.” (RELATED: Senior Trump Official: The Anonymous Author Of ‘A Warning’ Is Not A Hero, He’s A Coward)

The person on Reddit promised Tuesday not to “keep my identity shrouded in secrecy forever.”