In his report on the impeachment inquiry into President Donald Trump, House Intelligence Committee Chairman Adam Schiff revealed that he had obtained the personal phone records of several people close to the investigation.

Schiff has refused to say how he obtained the documents. 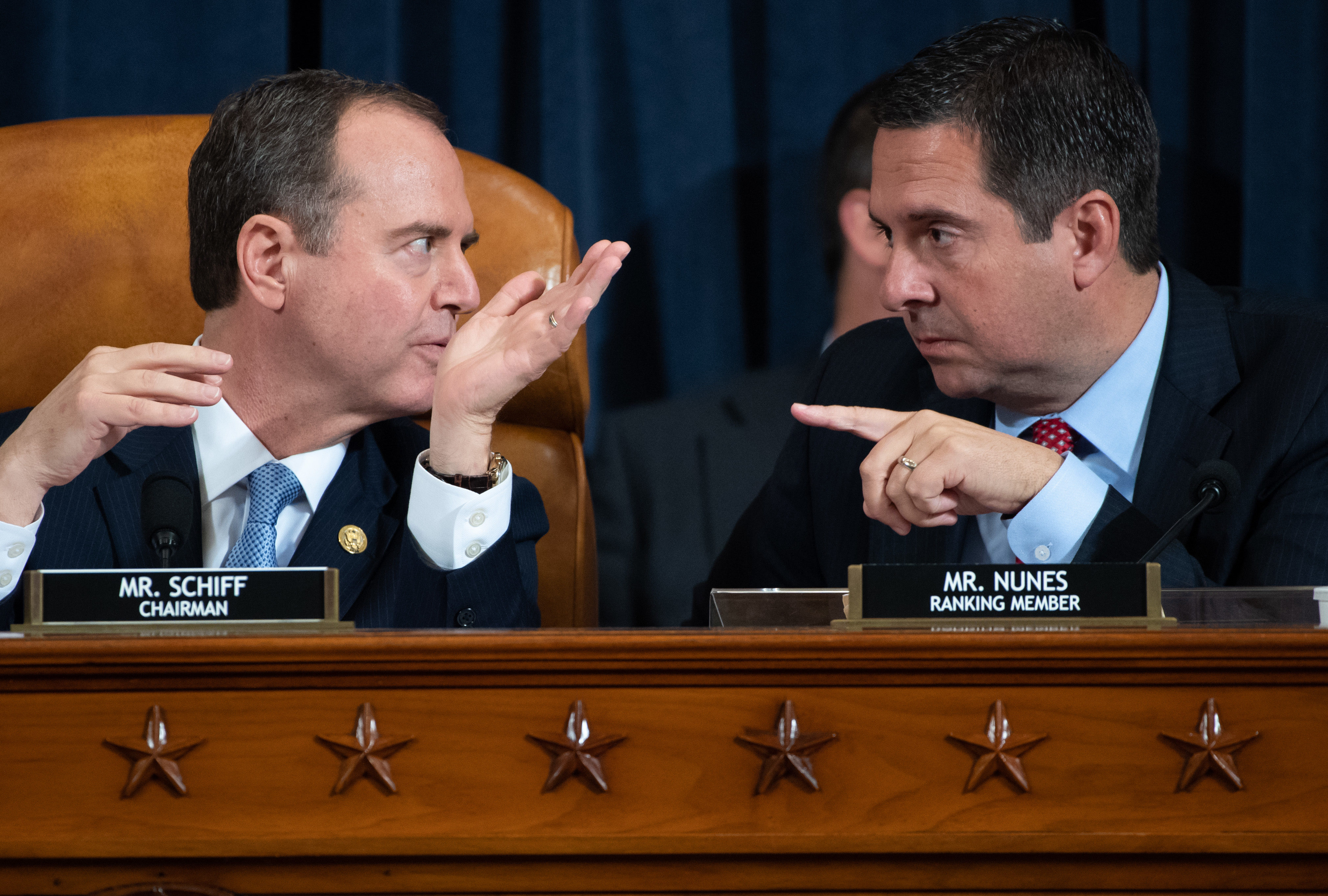 Chairman Adam Schiff (L), Democrat of California, and Ranking Member Devin Nunes (R), Republican of California, during the first public hearings held by the House Permanent Select Committee on Intelligence as part of the impeachment inquiry into US President Donald Trump. (SAUL LOEB/POOL/AFP via Getty Images)

The report noted a series of phone calls between Giuliani and the White House Office of Management and Budget on Aug. 8, suggesting the president’s lawyer was working behind the scenes to affect the dispersal of military assistance to Ukraine. (RELATED: Trump Accuses Adam Schiff Of Releasing ‘Doctored Transcripts’ From House Depositions)

The impeachment report also targets Giuliani’s calls with Nunes on April 10 around the time that Trump removed Ambassador to Ukraine Marie Yovanovitch from her office.

“I find it deeply concerning, at a time when the president of the United States was using the power of his office to dig up dirt on a political rival that there may be evidence of members of Congress complicit in that activity,” Schiff writes.

The report stated, “President Trump’s scheme subverted U.S. foreign policy toward Ukraine and undermined our national security in favor of two politically motivated investigations that would help his presidential reelection campaign … The inquiry uncovered a months-long effort by President Trump to use the powers of his office to solicit foreign interference on his behalf in the 2020 election.”