Oklahoma is the most popular team going into the college football playoff.

According to a map put together from Twitter data assembled by BetOnline.ag, the Sooners have the most support in 20 states, and take up pretty much the entire middle part of America. (RELATED: David Hookstead Is The True King In The North When It Comes To College Football)

Ohio State is second with 19 states, LSU is third with eight and Clemson is last with three. Check out the full map below. 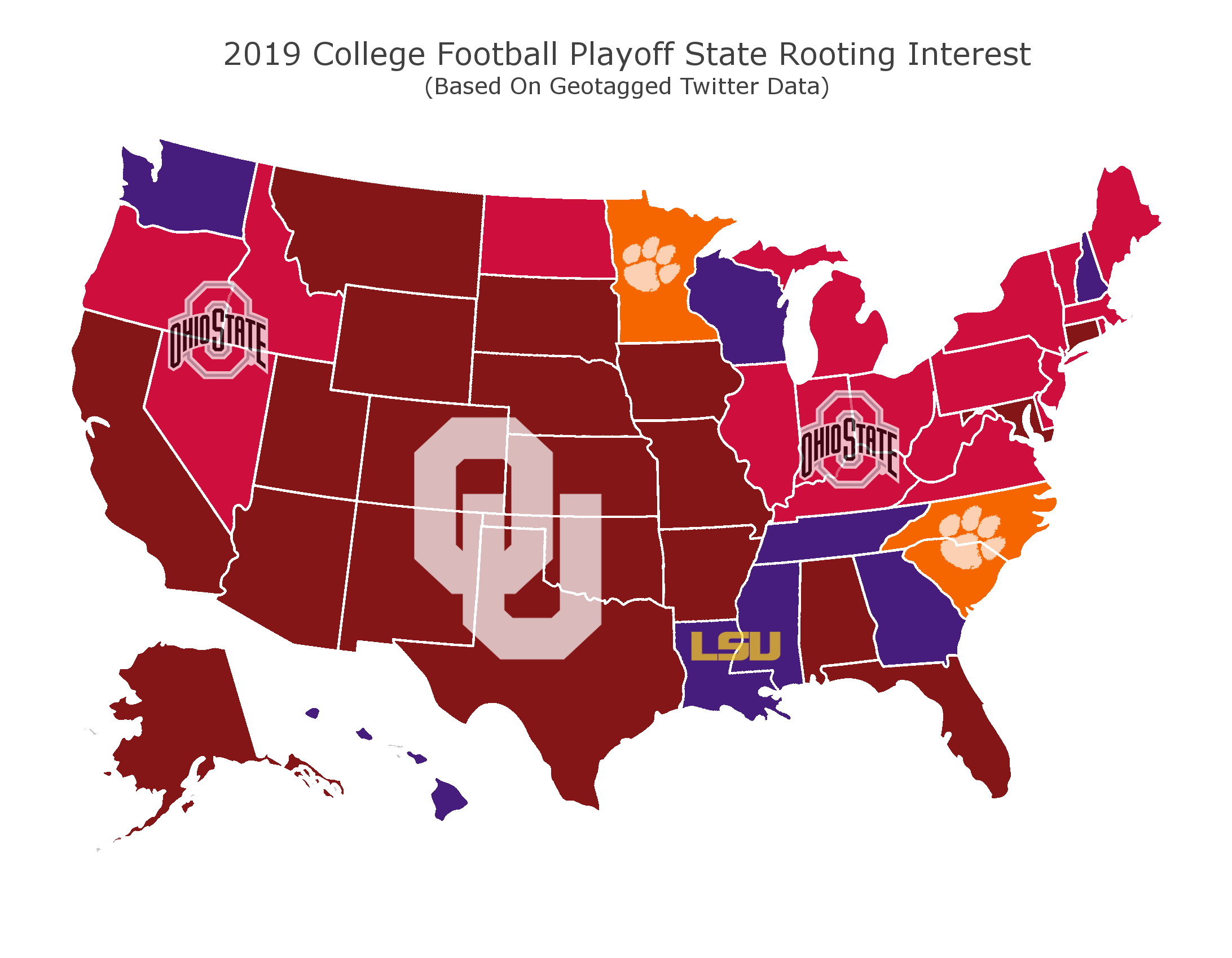 These results shouldn’t be too surprising. Oklahoma has next to no chance of winning the title. They’re a gigantic underdog against the rest of the field.

Americans love a good underdog story. While the top three teams are all pretty close, Oklahoma is a distant fourth.

That makes them America’s favorite. That’s just the way it works.

I’m also glad to see Ohio State in second. It goes to show the Big 10 is a dominating force in the world of college football.

The conference moves the needle. Anybody who says differently is simply a liar. Now, OSU carries the banner for the rest of the teams, including those of us who got screwed out of playing.

The officials should be investigated by the FBI! pic.twitter.com/rz8vkM2kIT

The games get underway Dec. 28, and fans of Oklahoma better enjoy it while they can because it’s not lasting more than one game.