The Eternal Word Television Network and RealClear Opinion Research conducted a poll gauging Catholic opinion on matters within the Catholic church, on politics, and on culture ahead of the 2020 presidential election. The poll also found that Catholics have noticed a decline in religious tolerance in America and are disappointed with how the Catholic Church has handled the sexual abuse crisis.

At 53%, more than half of Catholic voters said they are open to voting for Trump in the 2020 election. This number includes 34% of Catholics who have indicated they will definitely be voting for Trump in 2020.  (RELATED: Jesuit Priest’s Comment On Homosexuality Unveils The ‘Most Insidious Problems Facing All Christians Today,’ Theologian Says)

However, the poll also shows that Trump’s overall job approval is at 44% among all Catholics and finds him trailing every major Democratic candidate in head-to-head matchups. 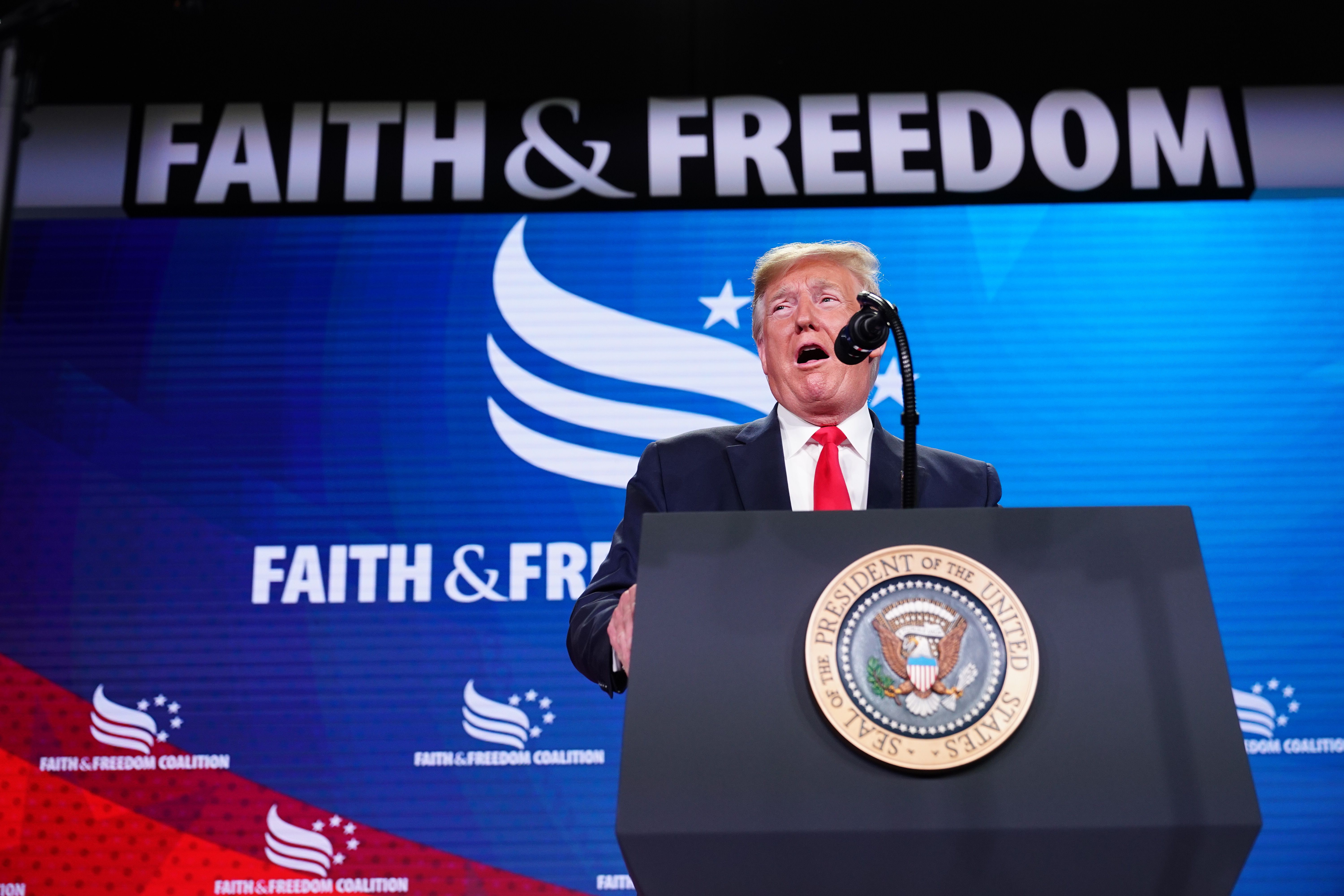 The poll also asked voters who they would vote for if the Democratic primary for president were held today. (RELATED: Christianity Declines In US As More Adults Identify As ‘Nothing In Particular,’ Surveys Show)

“There is still much more to learn in the coming polls over the next year, especially in understanding more about the active Catholics and the key issues of our time, including abortion, secularism, religious liberty, and the polarization of American politics and life,” Matthew Bunson, executive editor for EWTN News, said in a statement. “This poll, however, provides a starting opportunity to understand where Catholics stand, what they are thinking, how they are living – or not living – the Catholic faith, and how that will shape their vote and participation in American elections.”

Bunson told the Daily Caller News Foundation that the Catholic vote “is certainly not a monolithic one.”

“Catholics who adhere to all Church teachings or who accept most Church teachings are supporting the president in a much more significant way than those who don’t,” Bunson said. “Part of the reason for that is that Trump has worked hard to fulfill some of the key promises he made on issues that matter greatly to active Catholics: appointing Pro-Life judges and Supreme Court Justices and working to promote religious liberty both at home and abroad.”

Bunson also said that he would argue that other Catholics are open to voting for Trump “on the basis of a very strong economy and the many questions they have regarding the announced Democratic candidates.”

“It needs to be stressed that we are a year out and much can and will change in the next 11 month,” Bunson added.

The poll surveyed 2,055 registered voters in the United States of 18 years of age or older over the internet between Nov. 15 and Nov. 21.  The sample of voters included 1,223 Catholic voters with a margin of error of +/- 2.66 percentage points.