The rivalry between China and the U.S. is affecting the lives of millions of citizens in both countries. As the two superpowers vie for dominance, the U.S.-China trade war has already cost Americans $38 billion, who paid $7.1 billion in tariffs in September alone, according to data from the consulting firm The Trade Partnership.

A critical battleground for both countries is technology. The U.S. has long held a huge advantage when it comes to developing new tech, and U.S. companies have led the world in deploying R&D funding. This is beginning to change, despite Joe Biden recently claiming that China is not “competition” with the U.S.

In many ways, the narrowing gap between the U.S. and China when it comes to tech is a natural consequence of China’s growing economic power. In other ways, U.S. policy is actively hurting it. The U.S.’s strict immigration policy, for instance, makes Beijing a more attractive destination for tech talent. (RELATED: No New Tariffs: Trump Wins The Trade Battle With China)

The Gap Is Narrowing

When it comes to assessing the relative strengths of China and the U.S. in the tech field, most analysts look for the amount of venture investment that the sector attracts. For U.S. citizens, those figures make for sobering reading. As CNBC reported earlier this year, the gap between venture capital investment in the Chinese tech sector is now just $6 billion less than the corresponding figure for the U.S.: $105 billion for China, and $111 billion for the U.S.

Rising investment in China has been spurred by the Chinese government’s ambition to make the country a tech superpower. Their Made in China 2025 policy initiative aims to build national companies into international high-tech champions, for instance, and the government is also investing heavily in mobile internet tech and the internet of things (IoT). 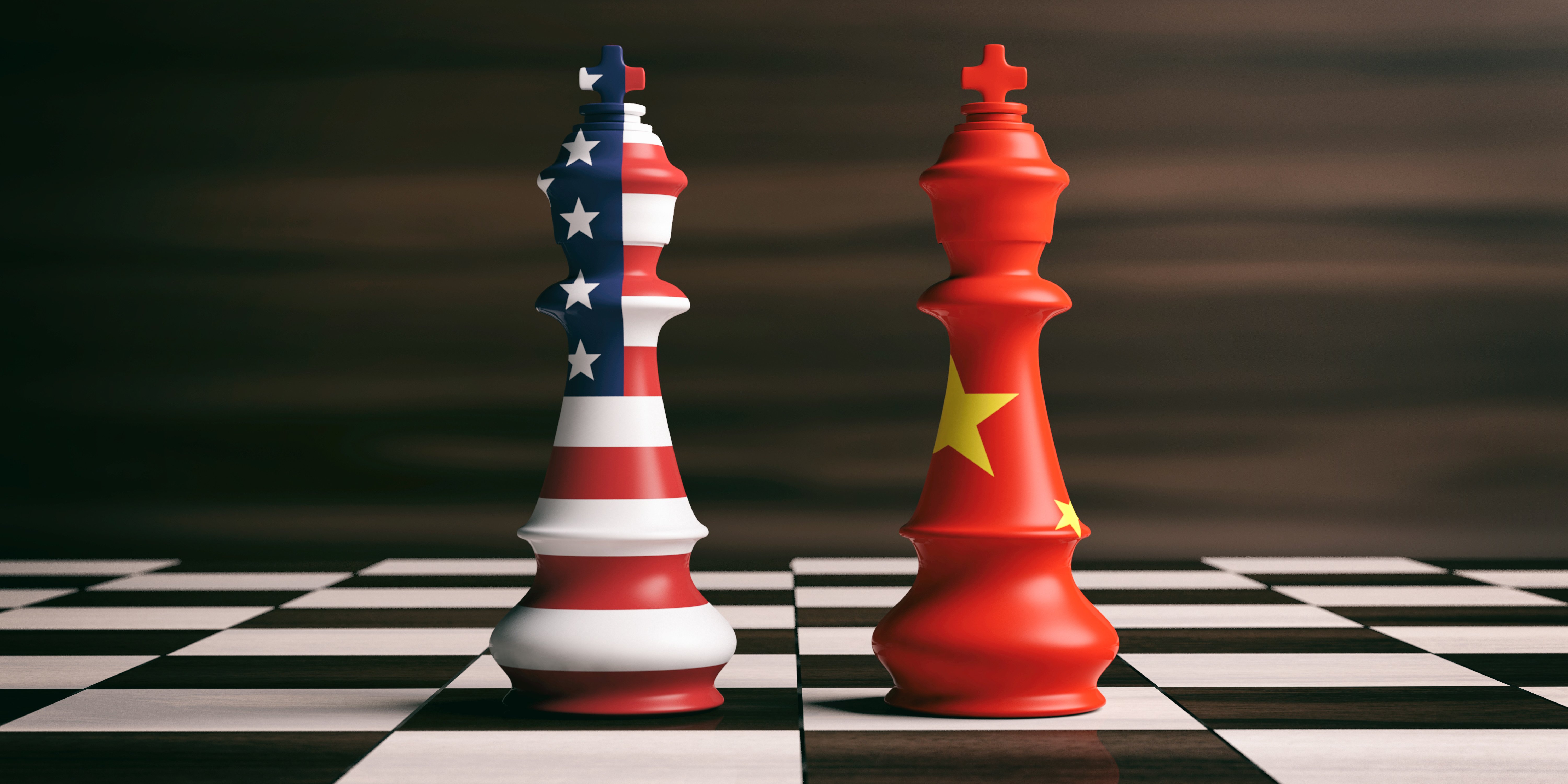 USA and China trade relations, cooperation strategy. US America and China flags on chess kings on a chess board.

Government investment has been accompanied by huge sums from private investors. Since 2013, Chinese venture capitalists have poured $30.6 billion into both Chinese and U.S. tech companies, including such well-known names as Airbnb, SoFi, Ellevest, The We Company and Didi Chuxing.

China’s increased impact in the tech sector is also visible at the level of individual companies. China now has 86 “unicorns” – start-ups valued at more than $1 billion, while the U.S. has 151. These startups cover a huge range of services, from e-commerce platforms to some of the best cloud storage providers: Xiaohongshu is now a market leader in Chinese social e-commerce, and YITU Technology is making significant inroads into the AI facial recognition sector. (RELATED: Elite American Institutions Keep Bowing To Communist China … Over And Over Again)

Much of the success of the Chinese tech sector can be put down to the Chinese government strategy. The country already has the world’s largest internet and mobile communications markets, which means that companies find it relatively easy to move into international markets.

The Chinese government has also invested heavily in preparing its workforce for the tech revolution. 4.7 million STEM students graduate from Chinese universities every year, and the country now accounts for 21% of worldwide patent filings, just behind the U.S. on 22%. (RELATED: US-China Trade War Has Put Nearly 1.5 Million US Jobs At Risk Of ‘Reduced Hours, Possible Layoffs,’ Study Shows)

At the heart of this strategy is a change in the way that China envisions its place in the world. Until quite recently, Chinese tech companies copied developments in the West, adapting or re-inventing pre-existing technologies for the Chinese market. Now, though, the traffic seems to be going the other way: U.S. companies are starting to follow Chinese companies and business models. 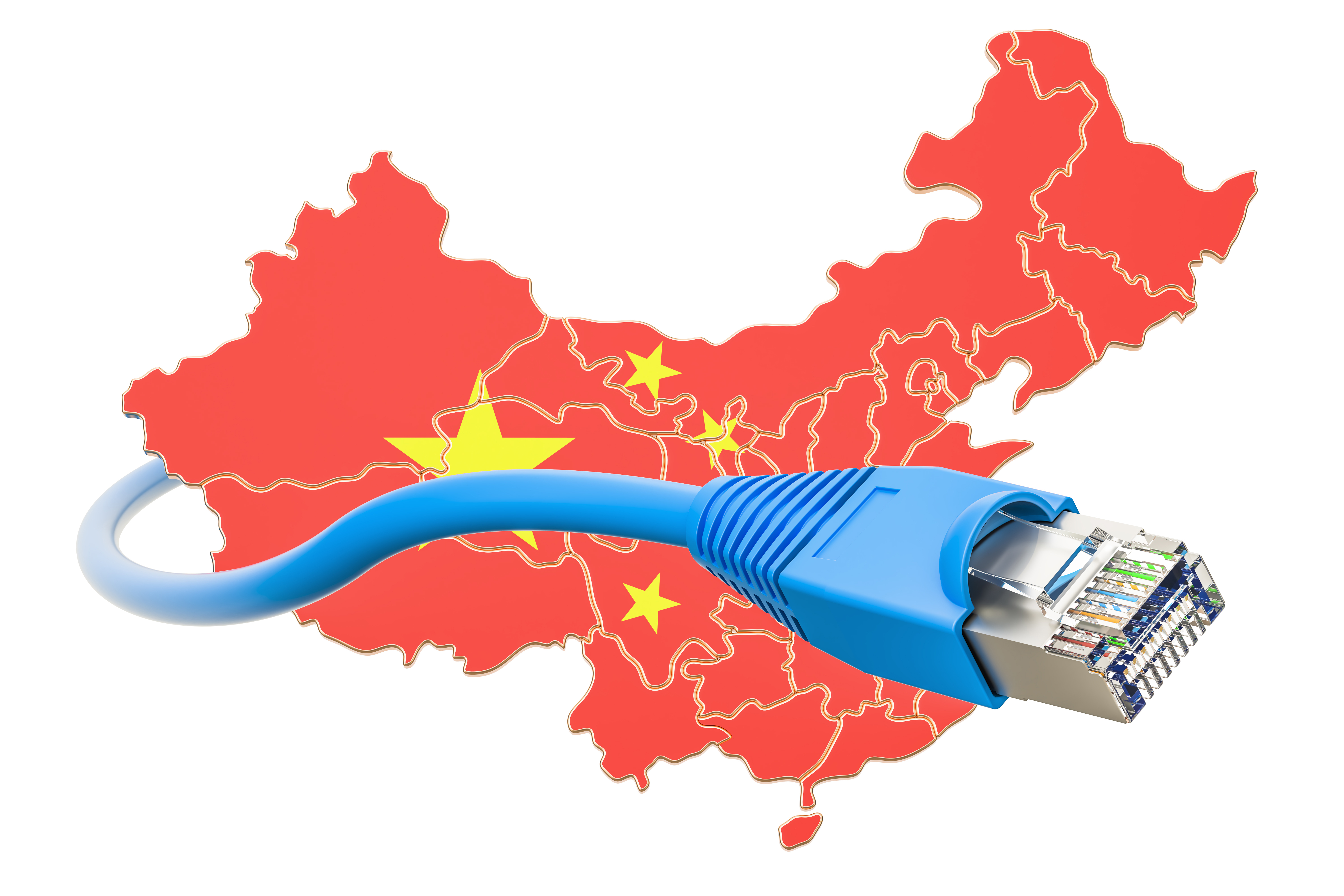 China’s smartphone market has grown rapidly in recent years, and now encompasses 783 million users. Many of these young, tech-savvy users skip over the personal computer entirely, and use their smartphone for everything from online banking to food delivery. They seem much less concerned with privacy than U.S. users, and as a result, Chinese business models prioritize connectivity and functionality over privacy and security. (RELATED: GUILFOYLE: Hong Kong Is Critical To U.S. Effort To Secure A Trade Deal With China)

This difference in approach is visible in perhaps the most high-profile instance of U.S.-China rivalry: the Huawei imbroglio. After significant privacy concerns were raised about Huawei phones, the U.S. banned the company from participating in the 5G rollout. Some have pointed out the hypocrisy of the U.S. in criticizing China for spying on its citizens when the U.S. government also conducts mass-surveillance, but the central point remains: a wholesale import of Chinese tech and business models into the U.S. market is likely to significantly reduce consumer rights.

It’s also worth recognizing that the U.S. has made a number of policy decisions that have undermined its ability to compete with China.

One of these has been the lack of government-level oversight of U.S. tech companies. With little (or no) guidance from central government about how privacy and security should work in the digital age, many U.S. tech companies have found themselves embroiled in costly and time-consuming lawsuits. Some have suggested, in this context, that it is time for a U.S. Department of Cybersecurity: a body that could set industry-wide standards. (RELATED: Who Is Winning The Trade War — The US Or China?)

Another major error, from a U.S. perspective, has been the strict immigration controls that the country employs. This has made it extremely difficult for U.S. tech companies to recruit and retain talent and has allowed Beijing to gain a crucial lead in this area. Some analysts have even argued that its immigration policies will eventually decide the outcome of the tech race, and that at the moment these policies represent China’s biggest advantage.

From a U.S. perspective, it is clear that something must be done. If the country wants to retain its number one spot in the tech world, the U.S. government must start taking the needs of the industry more seriously. (RELATED: ‘Ludicrous Optics’: House Democrats Praise Trump’s USMCA Trade Deal As They Unveil Their Effort To Impeach Him)

While Chinese-style government intervention is not going to find any backers in Washington, there are several ways in which the U.S. government can help tech companies retain their edge. One is to standardize and clarify the legal frameworks that these companies work with, especially when it comes to data privacy. Another would be to increase direct government investment in tech. Finally, the U.S. government needs to look seriously at the strict immigration laws that limit access to tech talent, and allow U.S. companies to entice gifted coders and investors back from China.