President Donald Trump sent a letter to House Speaker Nancy Pelosi on Tuesday denouncing the House Democrats’ impeachment inquiry, asserting that “more due process was afforded to those accused in the Salem Witch Trials.”

The president also claimed that Pelosi is “scarcely concealing” her hatred of him in the scathing letter, an accusation that caused Pelosi to snap at a reporter earlier this month.

“This is not a somber affair,” Trump said in the six-page letter. “You are making a mockery of impeachment and you are scarcely concealing your hatred of me, of the Republican Party, and tens of millions of patriotic Americans. The voters are wise, and they are seeing straight through this empty, hollow, and dangerous game you are playing.” 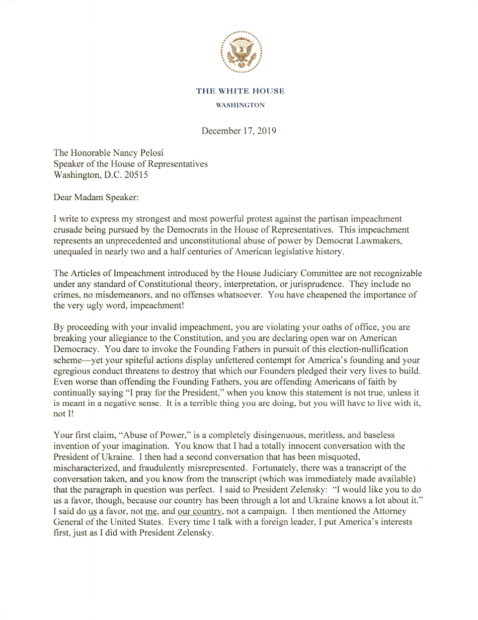 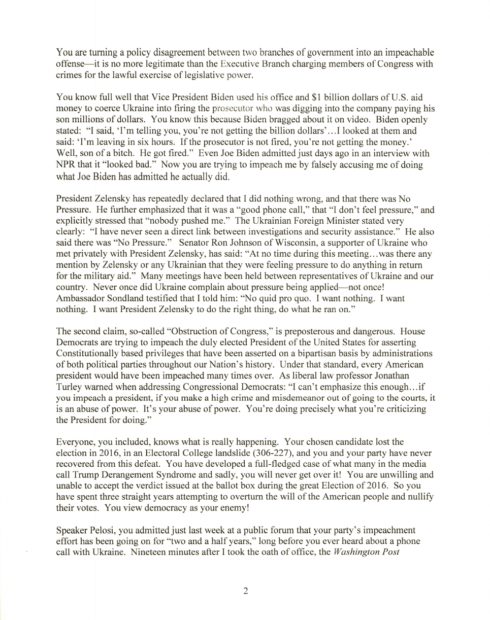 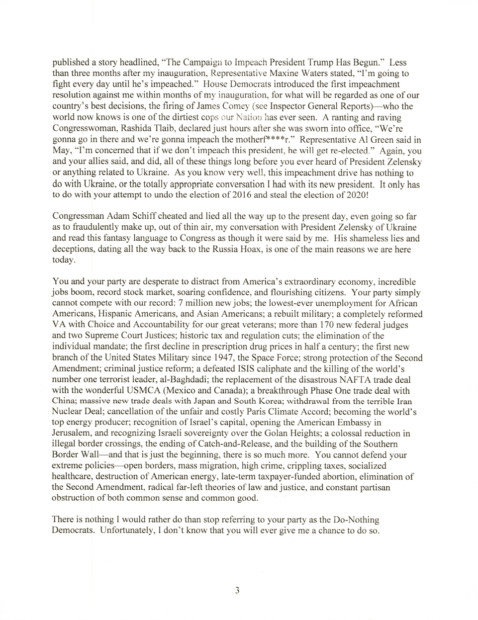 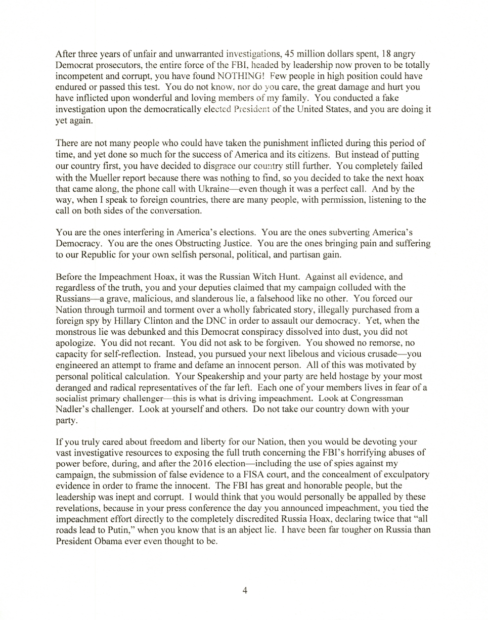 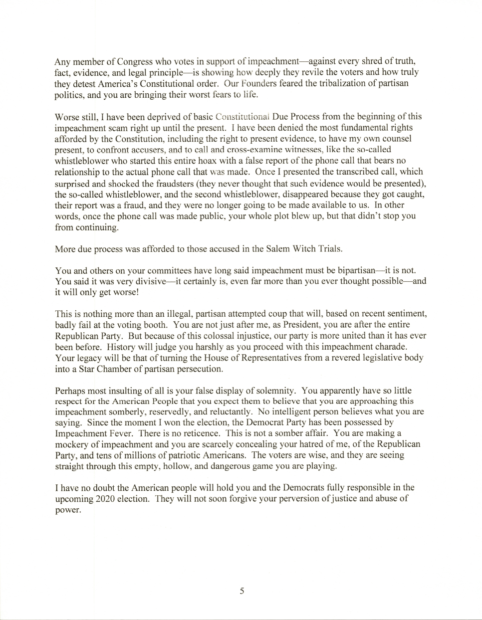 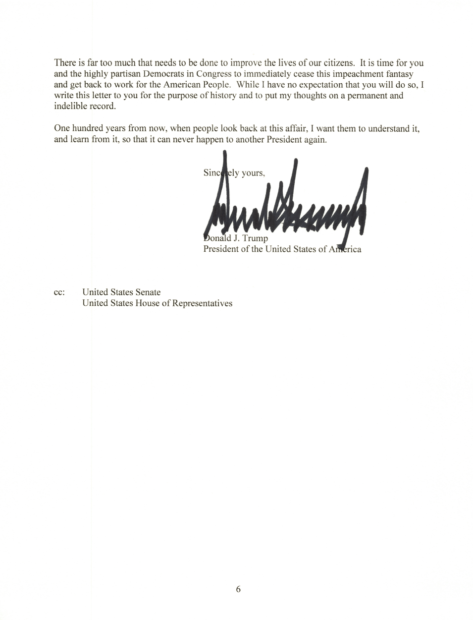 The president further accused Democrats of seeking to impeach him since he took office, comparing the focus on his phone call with Ukrainian president Volodymyr Zelensky to the investigation into alleged collusion between the Trump campaign and Russia. However, he added that he believes the impeachment process will boost Republicans during the 2020 election. (RELATED: Trump Supporters Erupt At Democratic Rep. Slotkin Town Hall After Coming Out In Favor Of Impeachment)

“I have no doubt the American people will hold you and the Democrats fully responsible in the upcoming election. They will not soon forgive your perversion of justice and abuse of power,” he declared.