Climate activist Greta Thunberg’s father said that though his daughter is happy in her activism, he worries about her.

Svante Thunberg spoke out in an interview with BBC, saying he is “not supportive” of Greta Thunberg skipping class to go to climate protests. Thunberg’s father also said his daughter suffered from depression before she became an activist, which also kept her out of school.

“She stopped talking … she stopped going to school,” he told BBC, adding that it was the “ultimate nightmare for a parent” when she began refusing to eat. (RELATED: Greta Thunberg Appearing In 800% More Online Dating Profiles)

He said he is worried about Greta and the “hate” she encounters, particularly about “fake news, all the things that people try to fabricate her — the hate that that generates.” 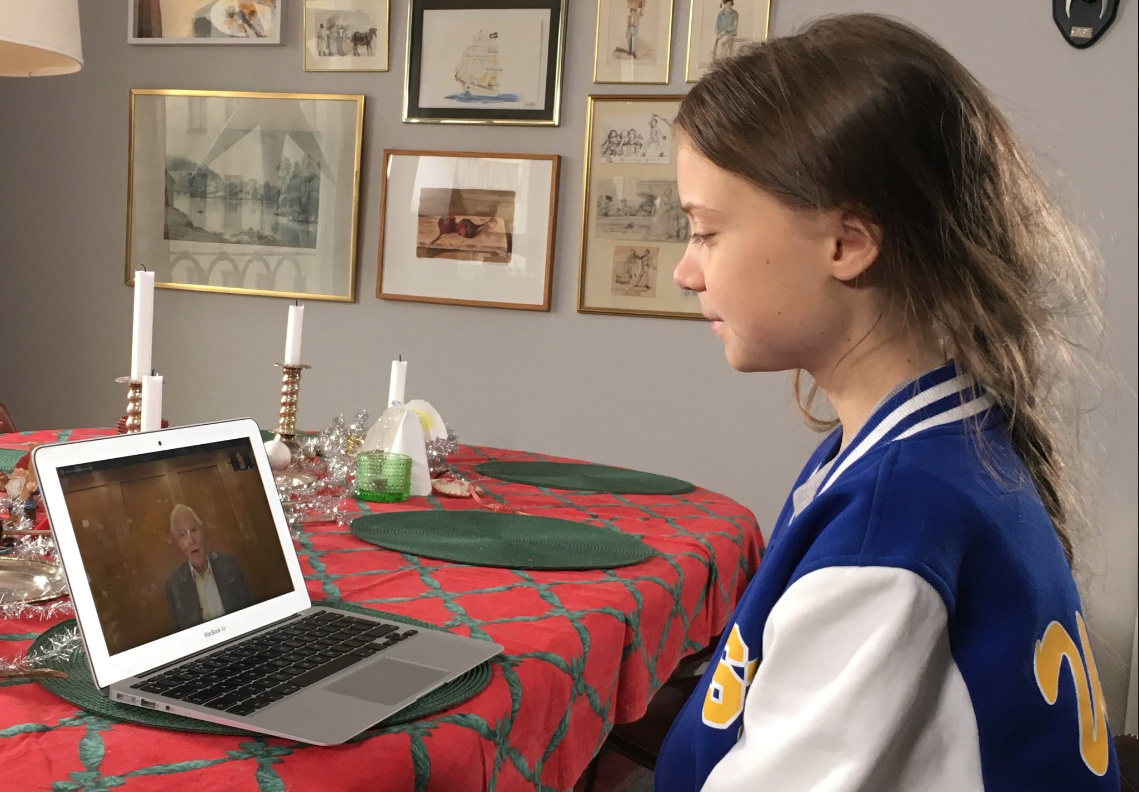 Greta Thunberg speaks to David Attenborough via video chat, as a part of her guest edit of the BBC Radio 4’s “Today” programme, at her home in Stockholm, Sweden, in this picture taken December 2019 and obtained from social media by Reuters on Dec. 30, 2019. BBC Radio 4 Today/Mishal Husain /via REUTERS

Thunberg added that his daughter handles the criticism well. “Quite frankly, I don’t know how she does it, but she laughs most of the time,” he continued. “She finds it hilarious.” (RELATED: Exclusive: Inside The Media Conspiracy To Hype Greta Thunberg)

“You think she’s not ordinary now because she’s special, and she’s very famous, and all these things. But to me she’s now an ordinary child — she can do all the things like other people can,” he said.

“She dances around, she laughs a lot, we have a lot of fun — and she’s in a very good place.”

Thunberg traveled with his daughter when she sailed to the United Nations Summits in New York and Madrid.

“I did all these things, I knew they were the right thing to do … but I didn’t do it to save the climate, I did it to save my child,” Thunberg said. “I have two daughters and to be honest they are all that matter to me. I just want them to be happy.”

He also said when she turns 17 soon, she will not need him to travel with her anymore.