Over the eight-day Chanukah holiday last week, the attacks mounted, including nine attacks in the New York City area since December 10. The most recent case was a machete-wielding man who attacked five people at a holiday celebration Saturday night. (RELATED: 5 Stabbed In Rabbi’s Home During Hanukkah Celebration)

Other examples just in the last week:

Tuesday, a 56-year-old man was attacked by four men who struck him in the back of the head with a closed fist. In a video of the incident the perpetrators of the attack, who have not been apprehended, appear to be black.

Montage of attacks on Orthodox Jews in Brooklyn—2019 only.

Because the victims were Orthodox and the perps largely people of color, these hate crimes saw little to no coverage by top media until they escalated to mass-murder.pic.twitter.com/3MVvXZofYD

Friday, a black woman named Tiffany Harris was allegedly assaulted three Orthodox women aged 22 to 31, and when apprehended bragged to cops, “Yes, I slapped them. I cursed them out. I said, ‘F-U, Jews.'”

Also Friday, on the eve of the Jewish Sabbath, a black man entered the world headquarters of the Chabad Lubavitch movement in Brooklyn and reportedly threatened to shoot and kill people inside the center.

It’s time to call these attacks what they are: a pogrom. And not only a pogrom: a black pogrom against religious Jews.

The term “pogrom” dates to 19th-century Russia, although it has much in common with other attacks on Jews going back to 17th-century attacks by the Cossacks. Like the present attacks, they were often led by other minorities in society, such as Greeks or Ukrainians within Russia. The number of deaths in pogroms varied from about a dozen to several thousand, but they were always an expression of resentment of and hatred toward Jews. 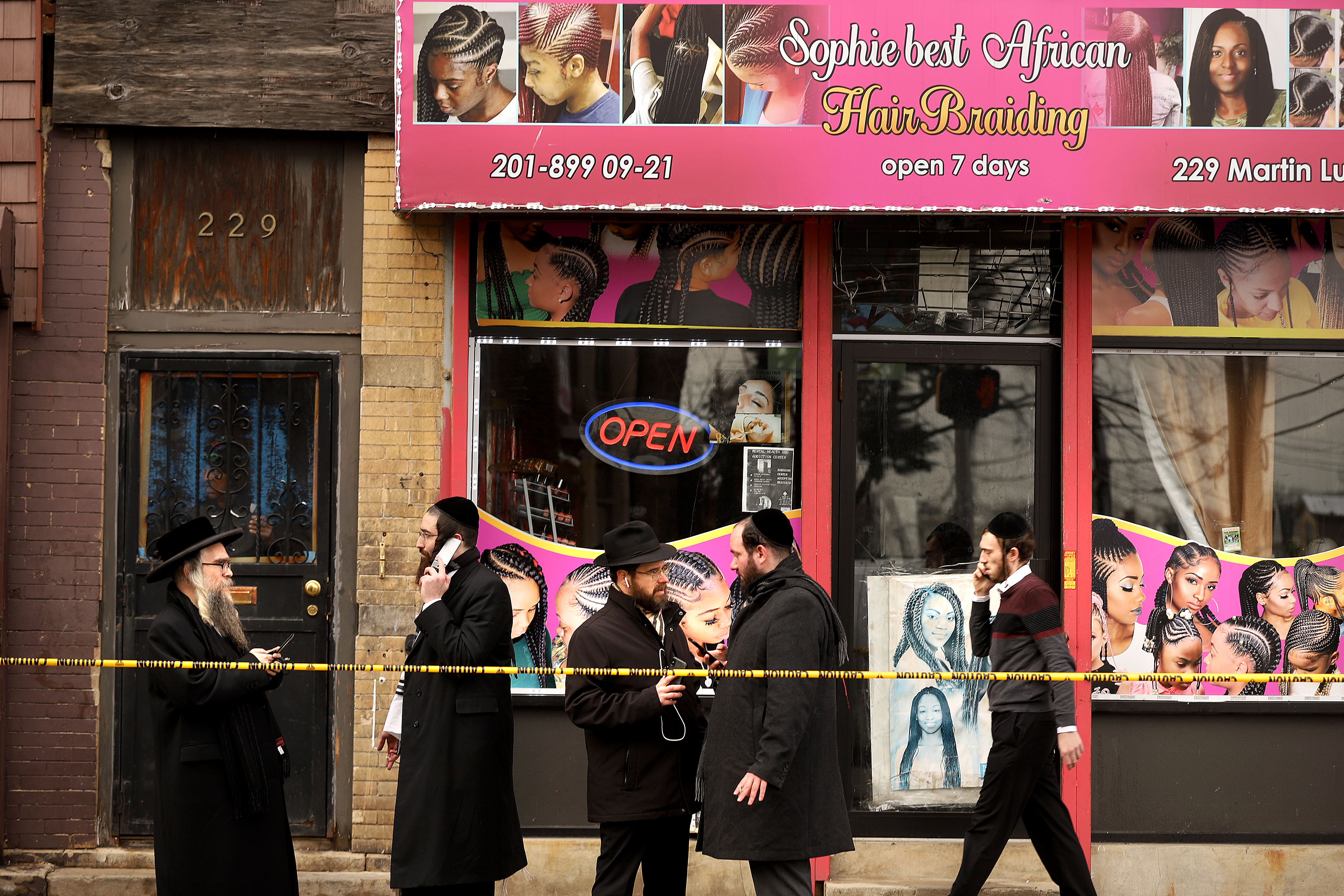 JERSEY CITY, NJ – DECEMBER 11: Members of the Jewish community pass by near the scene of a mass shooting at the JC Kosher Supermarket on December 11, 2019 in Jersey City, New Jersey. Six people, including a Jersey City police officer and three civilians were killed in a deadly, hours-long gun battle between two armed suspects and police on Tuesday in a standoff and shootout in a Jewish market that appears to have been targeted, according to Jersey City Mayor Steven Fulop. (Photo by Rick Loomis/Getty Images)

The Chanukah wave of violence is not new. For months now, African-Americans have been assaulting visibly Jewish residents of the New York region, especially Brooklyn. In that time, the media have repeatedly obscured the ethnicity of the attackers; in fact, the only way to tell that the perpetrators are overwhelmingly black has been to look at mug shots and video footage of the attacks.

Two examples of the media silence: after an earlier wave of attacks in September a 700-word CNN story made no mention of the commonality between almost all the assaults: the race of the perpetrators. A CBS News story Saturday of similar length about was also mum about the racial element.

Pogroms often (but not always) take place with the tacit assent of local authorities. Surely the authorities in the recent cases are not condoning the violence, right? Not so fast.

The refusal to specify what’s happening — black people are assaulting and murdering Jews — is a form of denial. In fact, some Democratic elected officials are shifting the blame from members of the African-American community that forms an important part of their electoral coalition to — get this — President Trump. 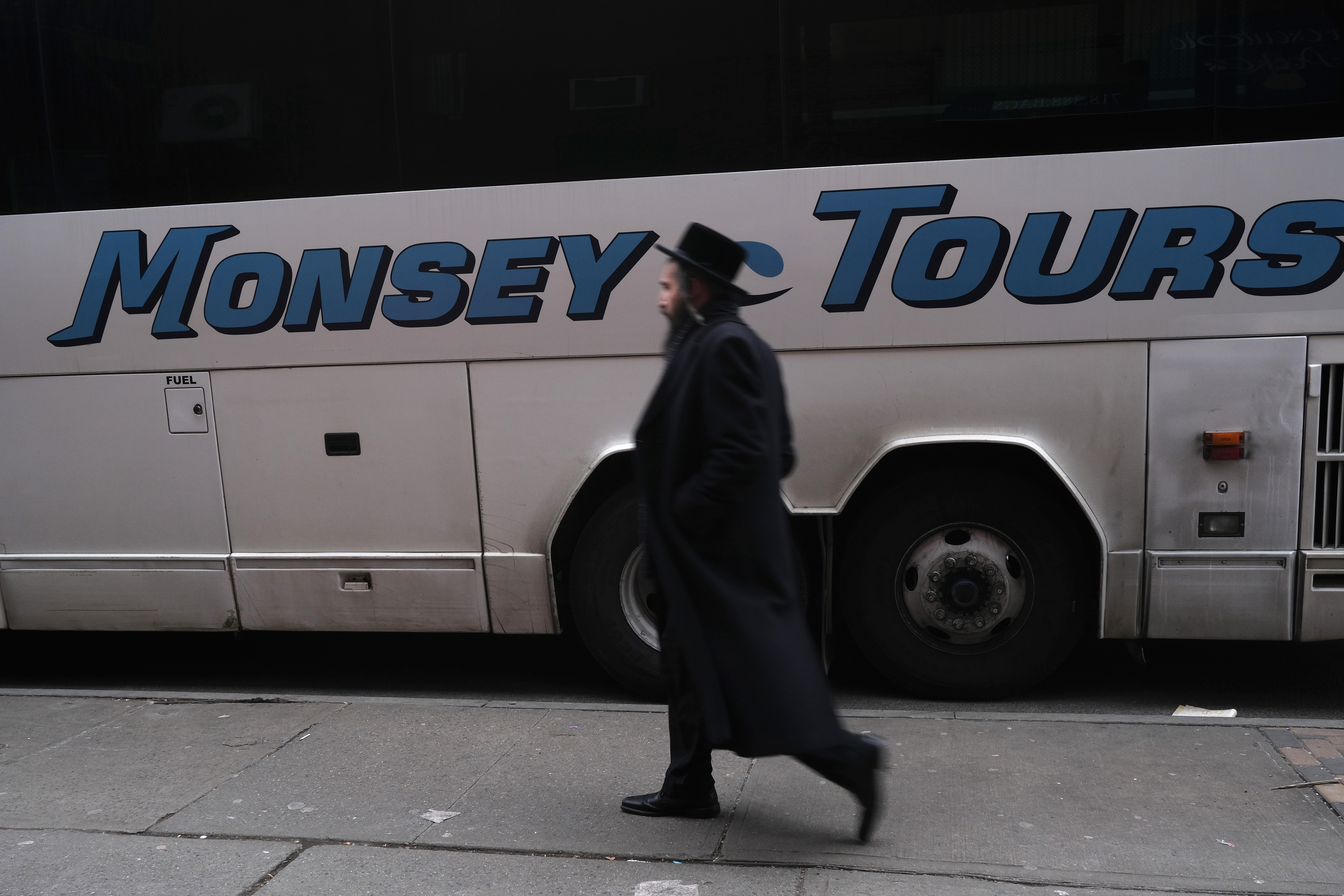 NEW YORK, NEW YORK – DECEMBER 29: A member of an Orthodox Jewish community walks through a Brooklyn neighborhood on December 29, 2019 in New York City. Five Orthodox Jews were stabbed by an intruder at a rabbi’s house during a Hannukah party on Saturday evening in the upstate New York town of Monsey. Tensions remain high in Jewish communities following a series of attacks and incidents in recent weeks. (Photo by Spencer Platt/Getty Images)

No politician has been more egregious in this respect than New York City Mayor Bill de Blasio. In a Fox News interview Sunday, he indicated that he held President Trump partly responsible for the “atmosphere of hate” behind the attacks. The words “black” and “African-American” did not appear in his remarks. That’s not the first time he so grossly misplaced responsibility for the attacks. (RELATED: Black Brooklynites Attack Hasidic Jews, De Blasio Blames Trump And ‘White Supremacy’)

New York Gov. Andrew Cuomo’s press briefing about the most recent attacks labeled them “domestic terrorism,” but his only mention of black people was to refer to the fact that some people attack them, too.

After white nationalist attacks against Jews, voices on the left demand that Republican politicians including the president denounce white nationalism by name. The most recent condemnatory tweets by the four major Democratic candidates for president didn’t mention the racial aspect of the attack, and given the importance of February’s South Carolina primary such references may not happen any time soon. However, the great majority of black people do not condone anti-Semitic hate (just as most whites don’t support white nationalism), so a brave politician should be able to ally him or herself with black leaders in condemning black anti-Semitism. (RELATED: A Judge Released An Alleged Anti-Semitic Attacker, Citing New York’s Upcoming Bail Reform. She’s Arrested For Assault One Day Later) 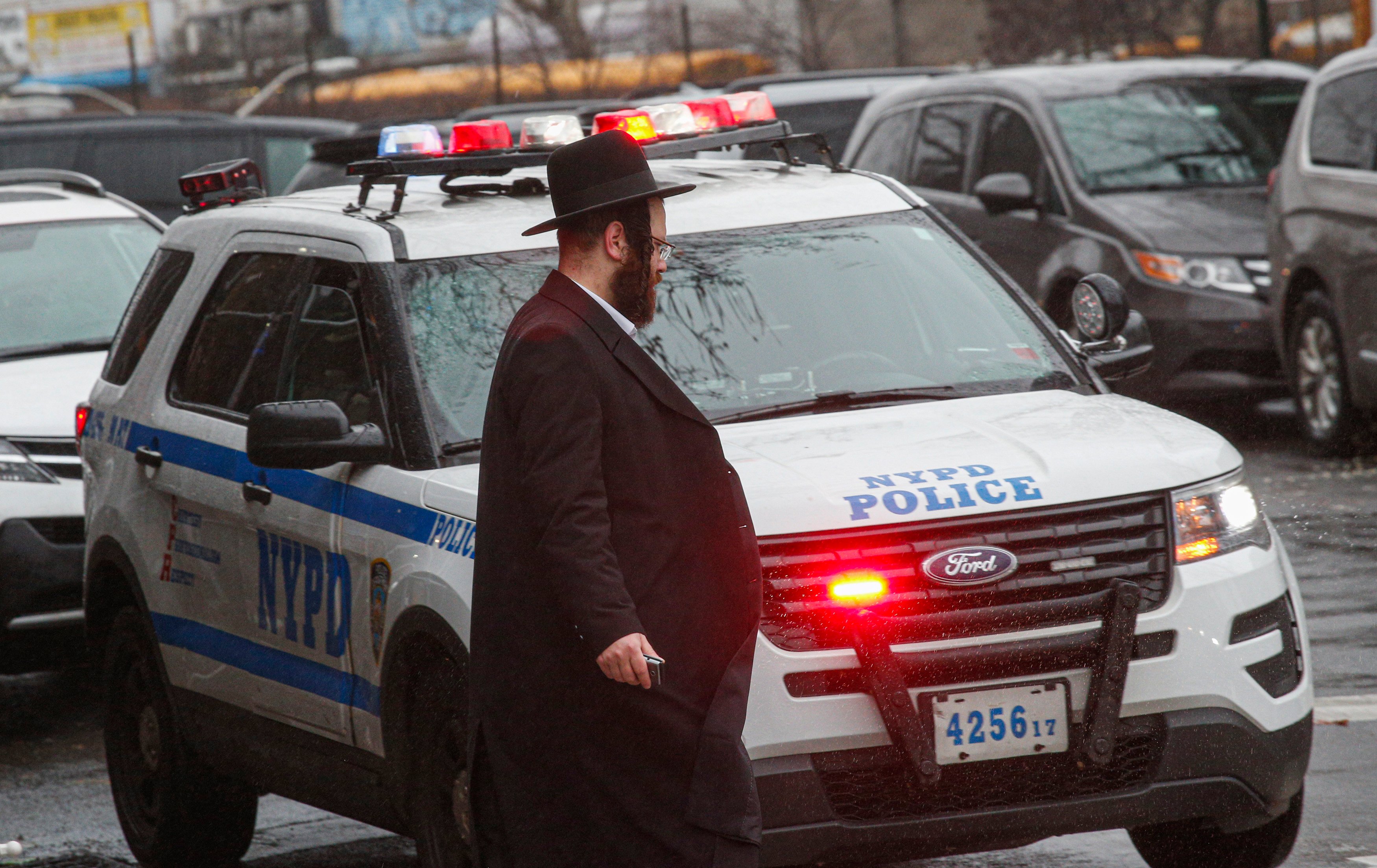 A NYPD car patrols in South Williamsburg Brooklyn on December 30, 2019 in New York City, two days after an intruder wounded five people at a rabbi’s house in Monsey, New York during a gathering to celebrate the Jewish festival of Hanukkah. (Photo by KENA BETANCUR/AFP via Getty Images)

Thankfully, the media has begun to discuss the racial identity of the perpetrators, especially after the New Jersey shooting last month in which the killers were Black Hebrew Israelites. That’s essential to help Americans understand what’s going on.

What’s the reason black people are attacking Jews? Fealty to Louis Farrakhan? Envy? Alliance with Palestinians? The Democratic Party’s gentle treatment of Ilhan Omar? None of these possible explanations can be tackled if we don’t even know who’s doing the attacking.

Our politicians need to halt this murderous pogrom before the current wave of violence snowballs. We can’t do that if we can’t name it.