Iran’s government announced Sunday that it will no longer honor the terms of the 2015 nuclear deal.

In a statement, the Iranian government said its nuclear program will “have no limitations” on uranium enrichment, the New York Times reported.

“The Islamic Republic of Iran will end its final limitations in the nuclear deal, meaning the limitation in the number of centrifuges,” read the statement, released after an emergency Sunday meeting of Iran’s National Security Council. “Therefore Iran’s nuclear program will have no limitations in production including enrichment capacity and percentage and number of enriched uranium and research and expansion.” 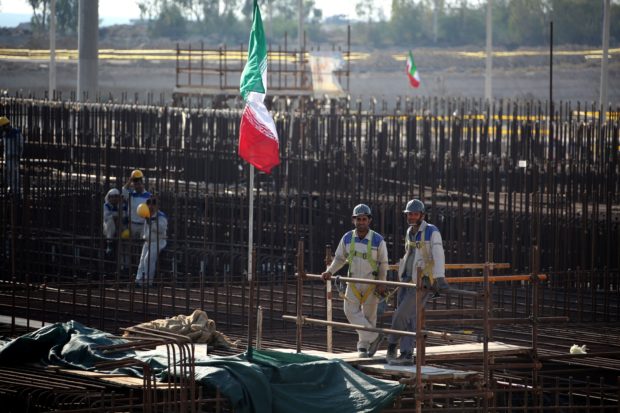 A picture taken on November 10, 2019, shows workers on a construction site in Iran’s Bushehr nuclear power plant during an official ceremony to kick-start works for a second reactor at the facility. (Photo by ATTA KENARE / AFP via Getty Images)

Iran’s government did say it would continue cooperating with the International Atomic Agency and could “return to the nuclear deal if the sanctions against it were removed and Iran’s interests were guaranteed,” the Times reported. (RELATED: ‘They Are Liars, And They Don’t Care About You’: Tucker Warns Of ‘Reckless And Incompetent’ Proponents Of War With Iran)

Long a critic of the Obama-administered deal, President Donald Trump withdrew in May 2018, declaring it “a horrible deal that should never, ever have been made.” Since then, U.S.-led sanctions have been severe.

“The nuclear agreement had ended many economic sanctions on Iran in return for its verifiable pledge to use nuclear power peacefully,” the Times reported. “The European parties to the deal, including Britain, France and Germany, had struggled to preserve the agreement amid rising tensions between Washington and Tehran.”

No details were included about specific nuclear enrichment plans, nor did Tehran say whether nuclear inspectors would be expelled.