Disgraced producer Harvey Weinstein appeared in Manhattan Supreme Court on Wednesday for the opening statements of his rape trial.

Prosecutors started the trial with graphic allegations against the producer, according to a report published by Page Six. 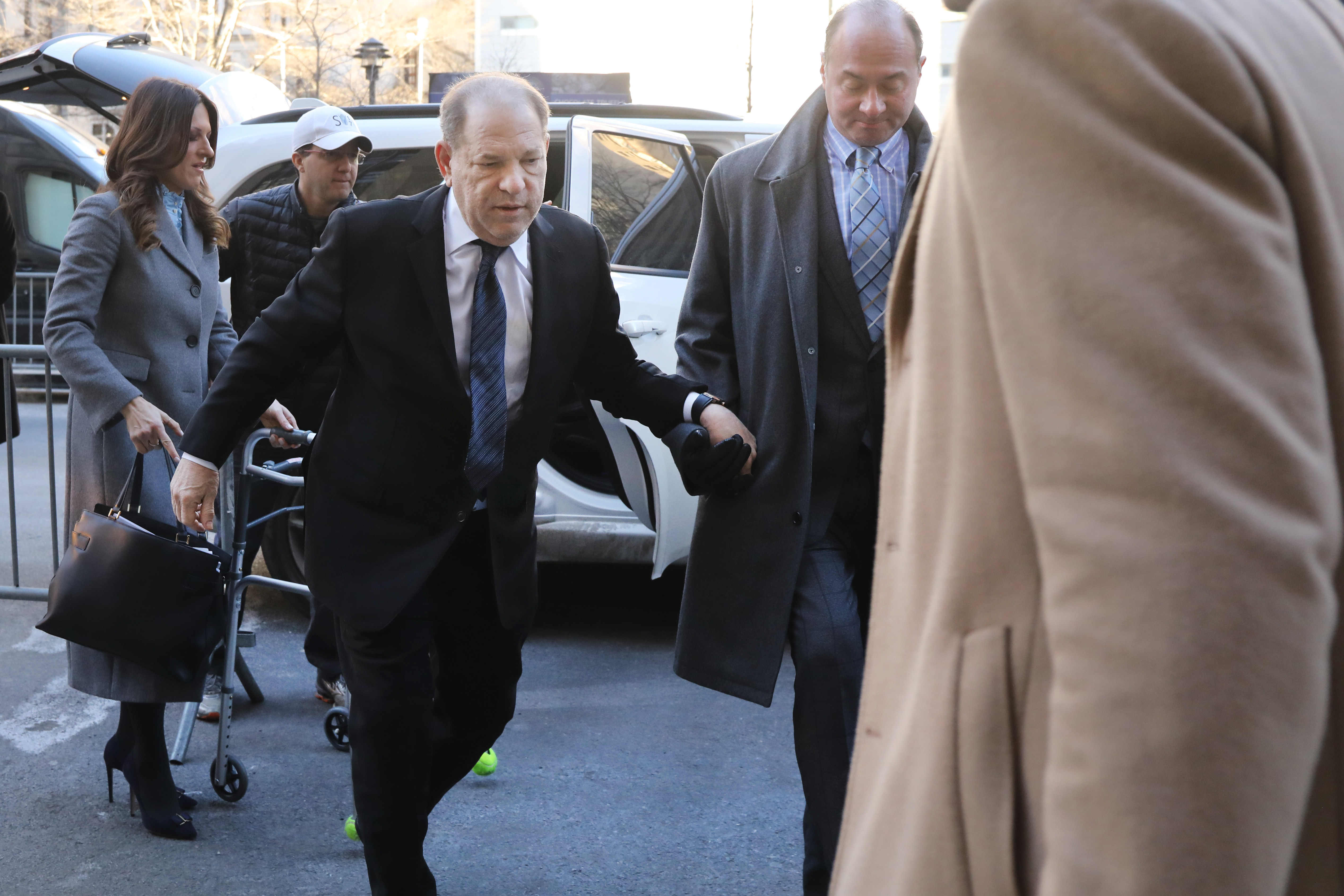 Harvey Weinstein arrives at a Manhattan court house for the first day of opening statements at his trial on January 22, 2020 in New York City. Weinstein, a movie producer whose alleged sexual misconduct helped spark the #MeToo movement, pleaded not-guilty on five counts of rape and sexual assault against two unnamed women and faces a possible life sentence in prison. (Photo by Spencer Platt/Getty Images)

“During this trial, you are going to learn that the defendant was a savvy, New York City businessman, that he was a famous and powerful Hollywood producer living a lavish lifestyle that most of us will never know and you’ll come to learn most of us will not want to know,” Assistant District Attorney Meghan Hast told the jury.

“That man was a sexual predator and a rapist,” she added.

The prosecutors continued the opening statements by giving a detailed description of how each sexual assault allegation took place and accused Weinstein of preying on the women by offering them opportunities in Hollywood before the alleged attacks. (RELATED: Harvey Weinstein Claims He’ll Be ‘Fully Exonerated’ During Upcoming Rape Trial)

“The defendant knew he was preying on the naive and inexperienced,” Hast said. “These were not mutual adult relationships. These young women were pawns being pushed around by the defendant.”

Actress Annabella Sciorra was offered a role in a production of Weisntein’s in the 1990s before he allegedly raped her and forcibly gave her oral sex.

“He pinned her arms above her head and despite her verbal and physical attempts to stop him, he continued to hold her down, inserted his penis into her vagina and raped her,” prosecutors claimed in the courtroom.

The prosecutors spent the opening statements painting a pattern of abuse Weinstein participated in.

As previously reported, Weinstein is currently on trial for two counts of predatory sexual assault, one count of criminal sexual acts, and two counts of rape. He faces life in prison.