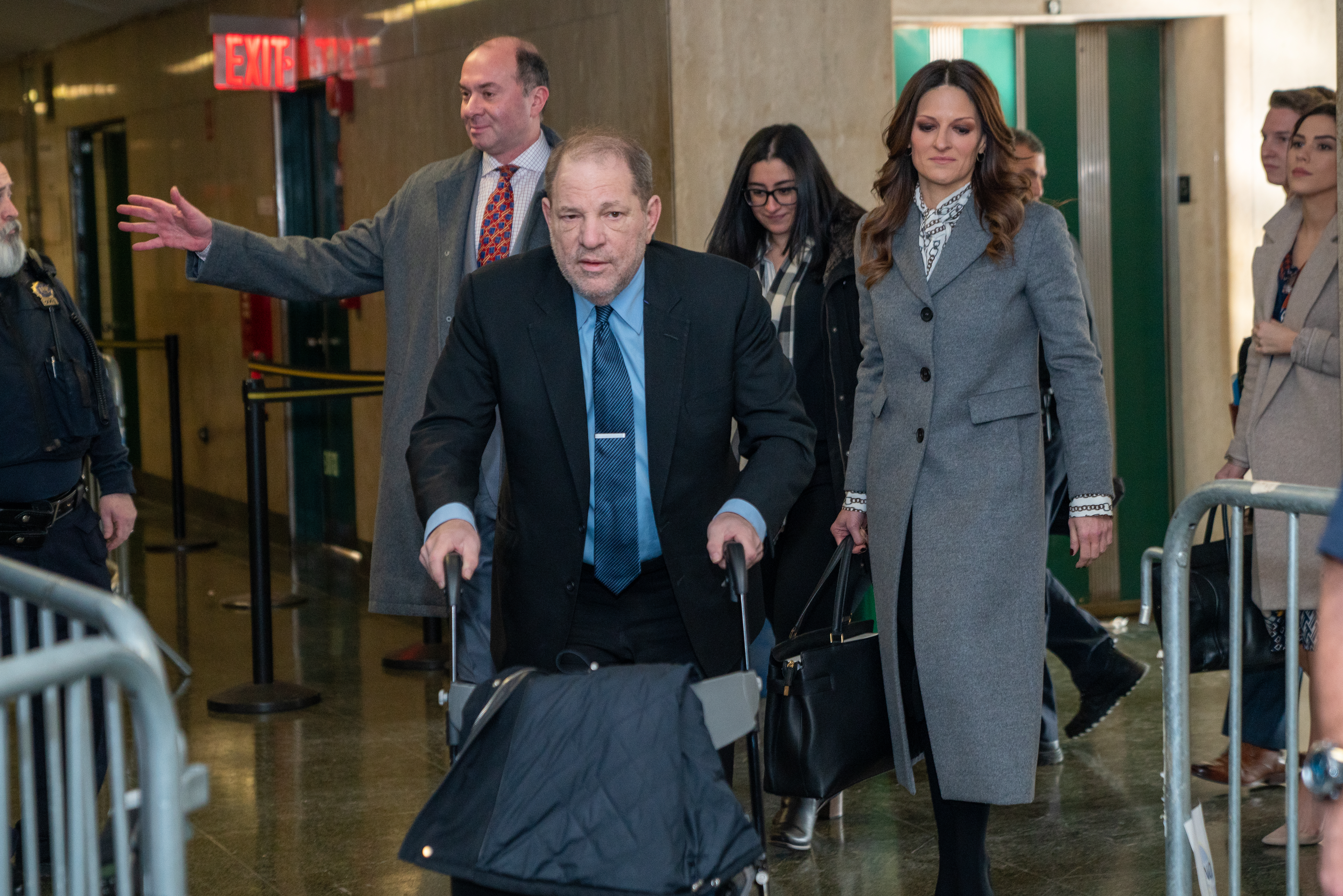 “He opened the door and he was wearing an open white bathrobe … I saw his stomach,” Dunning said of the encounter during her testimony.

“On the table, I noticed three stacks of paper,” she added. “For some reason, the tone, something, just seemed different from when I had spent time with him in the past.”

“When he said that, I laughed and I said, ‘Are you kidding?'” she continued. “He got really angry and started screaming at me. He was like, ‘You will never make it in this business, this is how this industry works.'”

Weinstein allegedly went on to drop names of other stars including Charlize Theron and Salma Hayek and claimed the actresses had done sexual favors in exchange for roles, Dunning testified.

Dunning also accused Weinstein of sticking his hand up her skirt and then telling her it wouldn’t happen again.

“I was embarrassed,” Dunning said. “I wanted to pretend like it didn’t happen. I just didn’t want to be a victim.”