“Those were some really poignant moments. I don’t know if you saw them, but you should go online and look,” he said. “The president in that speech tonight celebrated what the country is about from one set of moments, our diversity, how we overcome, how we come together. Is that what he’s really about and something for them to use as a sword and shield? I don’t know. Here’s one thing I know. This country is not just a sum of the actions of its politicians.”

Trump spent much of the speech offering an idealized vision of America that some felt was an appeal to a bipartisan audience. (RELATED: Kyrsten Sinema Applauds Trump Tax Cuts While Other Democrats Sit Silently)

“This is our glorious and magnificent inheritance,” the president said. “America’s the place where anything can happen. America is the place where anyone can rise, and here on this land, on the soil, on this continent, the most incredible dreams come true.”

“This nation is our canvas and this country is our masterpiece. We look at tomorrow and see unlimited frontiers just waiting to be explored. Our brightest discoveries are not yet known. Our most thrilling stories are not yet told. Our grandest journeys are not yet made,” he continued. 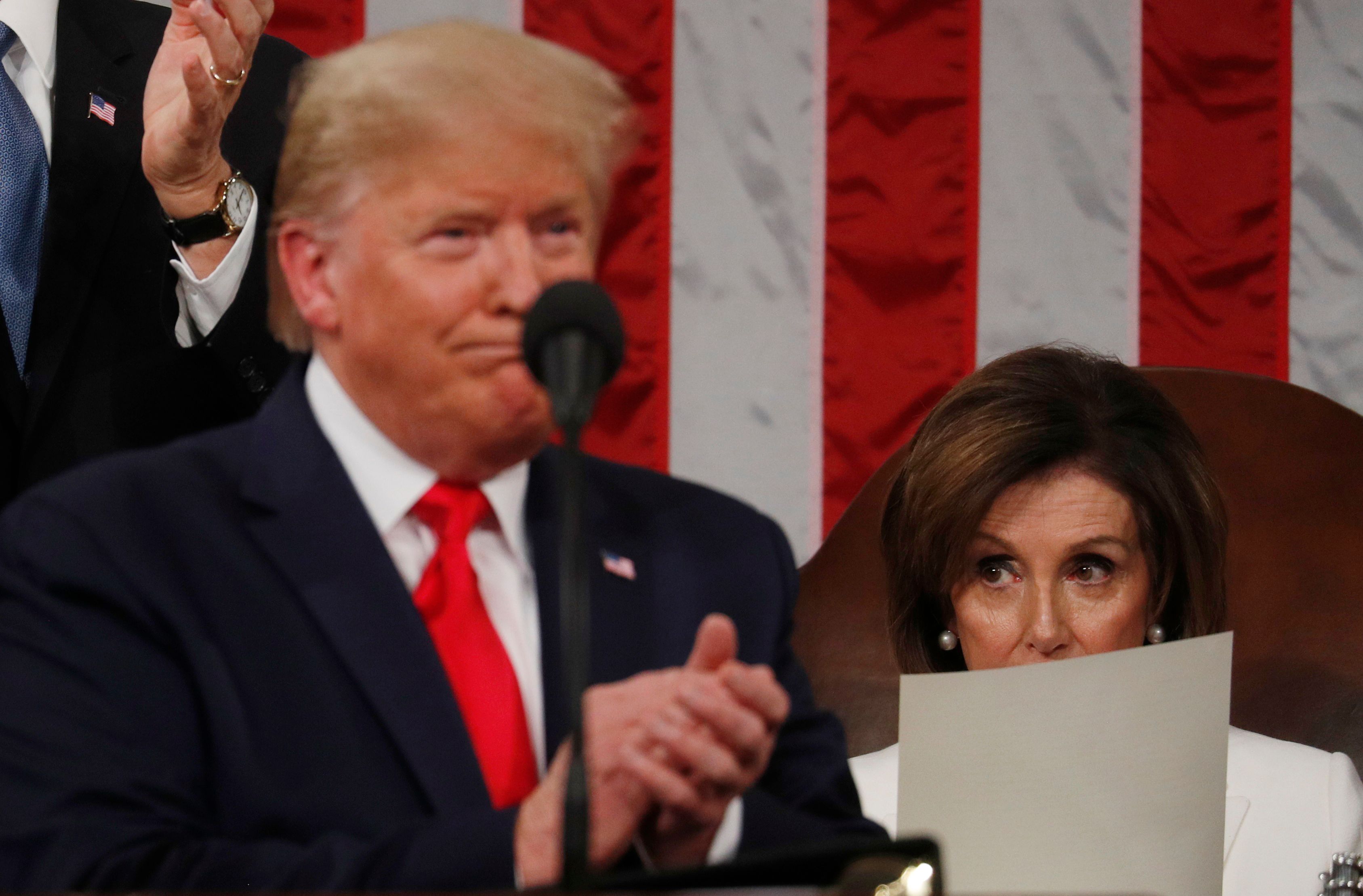 Speaker of the House Nancy Pelosi looks at a copy of the speech as U.S. President Donald Trump delivers his State of the Union address to a joint session of the U.S. Congress in the House Chamber of the U.S. Capitol in Washington, U.S. Feb. 4, 2020. REUTERS/Leah Millis/POOL

Trump’s address infuriated House Speaker Nancy Pelosi, who immediately ripped in two her copy of the speech after the president had finished his delivery. Senate Minority Leader Chuck Schumer also dismissed the speech as “demagogic, undignified, highly partisan and in too many places, untruthful.” (RELATED: Trump Surprises Army Wife With Her Husband’s Homecoming)

President Trump’s speech tonight was much more like a Trump rally than a speech a true leader would give.

It was demagogic, undignified, highly partisan and in too many places, untruthful.#SOTU pic.twitter.com/mUApuwVwp9

In his address, Trump delivered a plea for Congress to end late-term abortion, promised to enact paid family leave for government employees and attacked sanctuary cities as havens for criminal illegal immigrants.