The Senate voted on Wednesday to acquit President Donald Trump after months of investigations and testimonies.

There were votes on the two separate articles of impeachment. The first vote was on the abuse of power article and the second was obstruction of Congress.

The abuse of power vote final vote count was: 52 not guilty and 48 guilty.

The obstruction of congress final vote count was: 53 not guilty and 47 guilty.

Utah Sen. Mitt Romney was the sole Republican to break from the caucus and vote yay on either article of impeachment. He explained why he was voting to convict Trump on the abuse of power charge in a floor speech earlier on Wednesday.

“I believe that attempting to corrupt an election to maintain power is about as egregious an assault on the Constitution as can be made,” the former Republican presidential nominee stated. “It is a high crime and misdemeanor, and I have no choice under the oath that I took but to express that conclusion.”

The vote comes after the Senate voted Saturday against bringing in additional witnesses to testify before the impeachment trial by a vote of 51-49. The Senate was expected to dismiss the motion for more witnesses after moderate Republicans apparently decided they had heard enough of the case. (RELATED: Rand Paul Reads The Question He Wasn’t Allowed To Ask On The Senate Floor)

On Tuesday, Republican Maine Sen. Susan Collins announced that she will vote to acquit Trump on both of the articles of impeachment against him. 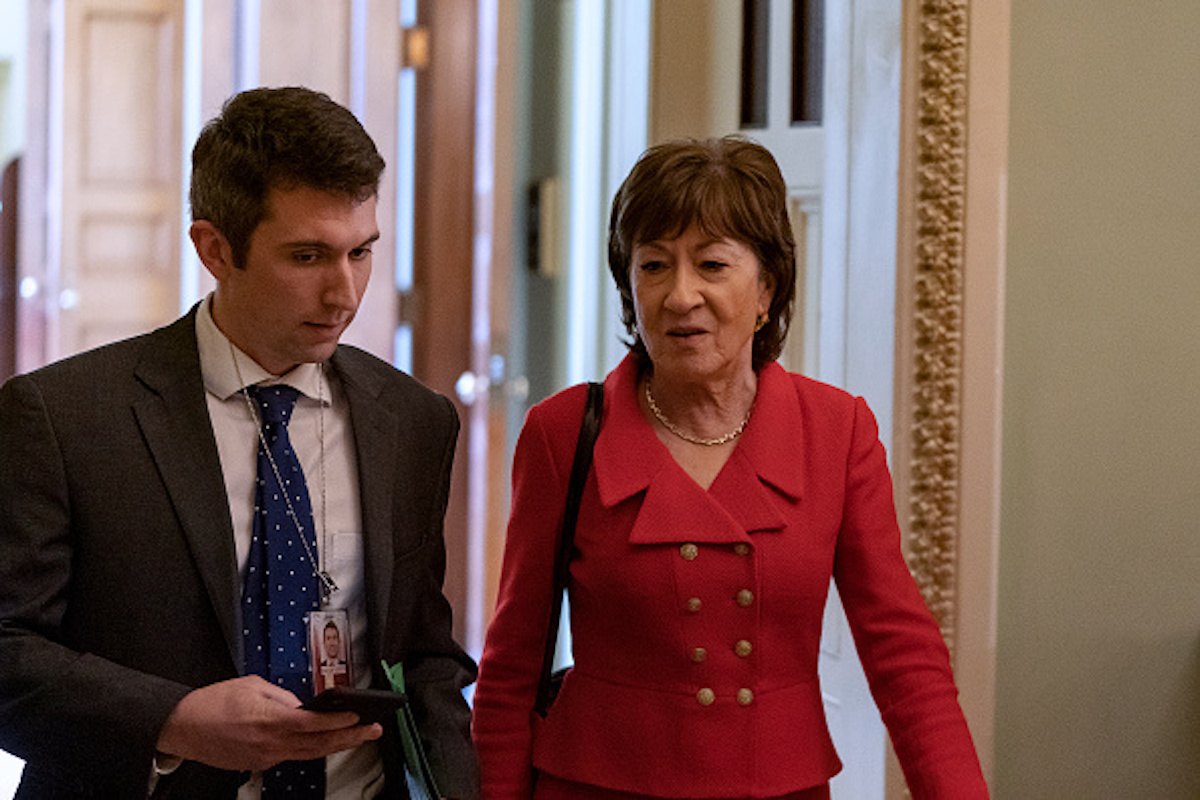 “I do not believe that the House has met its burden of showing that the president’s conduct, however flawed, warrants the extreme step of immediate removal from office, nor does the record support the assertion by the House managers that the president must not remain in office one moment longer,” Collins said. She went on to say she would vote to acquit the president Wednesday.

The announcement comes after her and Republican Utah Sen. Mitt Romney broke with the party and voted for additional witnesses in the impeachment trial.  (RELATED: Senate Votes No On Additional Witnesses In Impeachment Trial)

Christian Datoc contributed to this report