The Young Turks contributor Hasan Piker mocked ISIS victim Kayla Mueller for liking “S&M”(sadism and masochism) and “CBT”(cock and ball torture) while President Donald Trump honored her during the State of the Union address before taking it back after learning the Mueller was a prisoner of ISIS leader Abu Bakr al-Baghdadi.

“Oh, she likes S&M,” Piker, who is the nephew of The Young Turks founder Cenk Uygur, declared Tuesday during a twitch live stream. “Oh, she likes CBT and S&M, good for her. That’s pretty tight.”

After realizing that Mueller was a victim of al-Baghadi he said, “Ok, I spoke too soon. I didn’t know.”

“Ok, to be fair, we don’t know and there is nothing wrong with liking S&M.”

Kayla Mueller was a humanitarian aid worker who was kidnapped by ISIS in 2013 and spent 18 months as a sex slave to the now-deceased al-Baghdadi. Trump honored Mueller by inviting her parents to the State of the Union address, saying, “Carl and Marsha, America’s warriors never forgot Kayla, and neither will we.” (RELATED: Young Turks Contributor Hasan Piker Makes Fun Of Rep. Crenshaw’s Missing Eye In Vulgar Rant; Believes U.S. Deserved 9/11)

Mueller’s parents rose from their seats with a picture of their young daughter as the audience applauded. 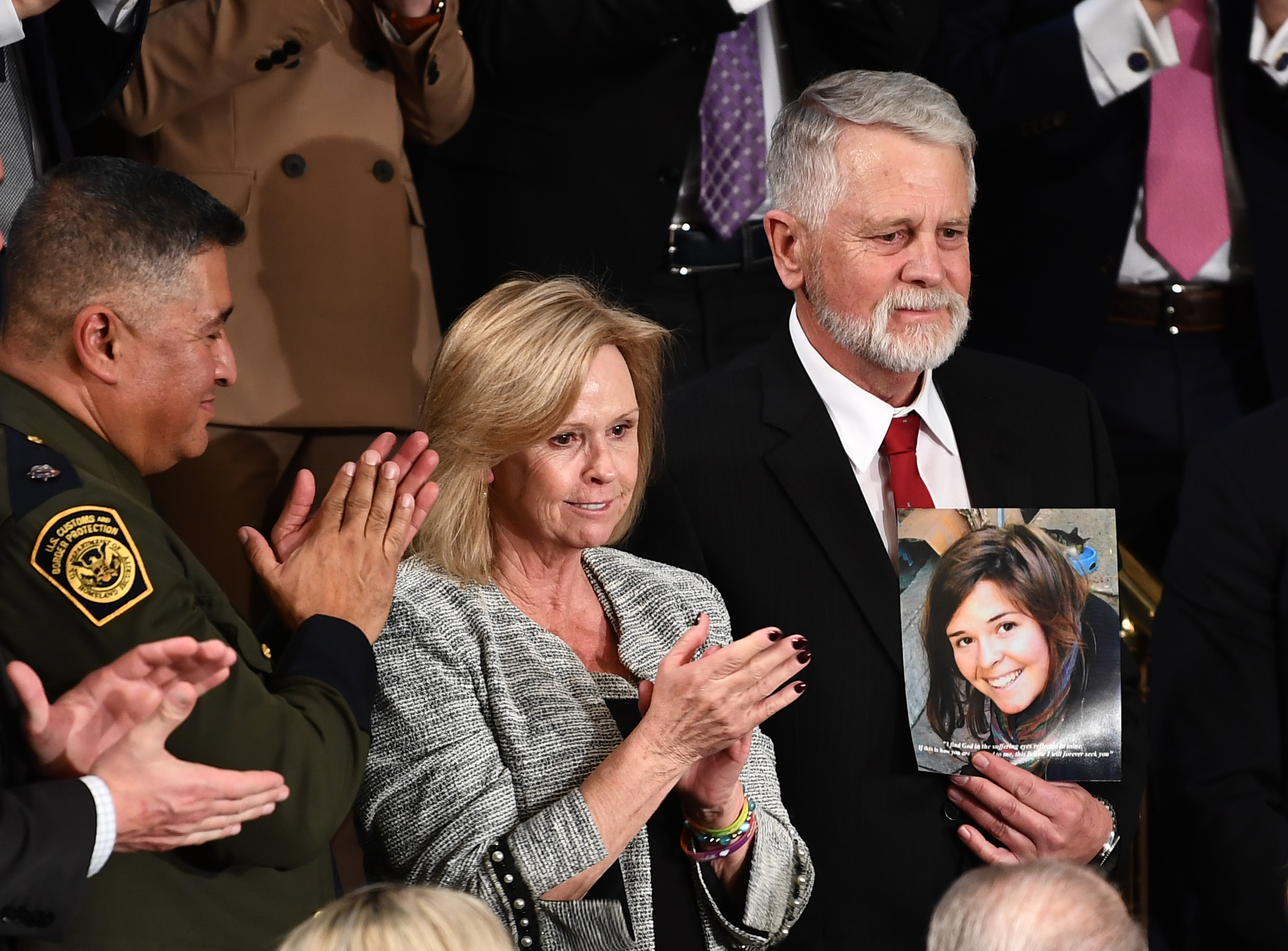 Carl Mueller (R) and Marsha Mueller(C) hold up a picture of their daughter Kayla, killed by ISIS when she was an aid worker in Syria, as they attend the State of the Union address at the US Capitol in Washington, DC, on February 4, 2020. (Photo by Brendan Smialowski / AFP) (Photo by BRENDAN SMIALOWSKI/AFP via Getty Images)

This is not the first time the Young Turk’s contributor has found himself in controversy. In 2019, Piker praised the “brave f*cking soldier” who injured GOP Texas Rep. Dan Crenshaw and said “America deserved 9/11.”

“This guy has the understanding of foreign policy of, like, a 12-year-old. What the f-ck. What the f-ck is wrong with this dude?” Piker said during a live stream reaction to Joe Rogan’s podcast with Crenshaw. “Didn’t he go to war and like literally lose his eye because some mujahideen — a brave f-cking soldier — f-cked his eye hole with their d-ck?”

He added, “Isn’t that how he f-cking lost his dumbass eye, because he got his f-cking eye hole f-cked, by a brave soldier?”

Cenk’s Nephew called the man who took @DanCrenshawTX‘s eye a “brave fucking soldier” This is what happens when you’re gifted a job by your Uncle you know you didn’t earn & it eats away at your mental state. pic.twitter.com/BohESrbvJ6

Piker later went on his uncle’s, Cenk Uygur, network to address the comments and said he regretted the language he used.

1
'This Election Is Different': Tucker Carlson And Brit Hume Discuss The Likelihood Of A 'One-Party State'
Media
2
Millions In Coronavirus Relief Loans Went To Chinese Real Estate Company At Center Of FBI Bribery Probe
US
3
The Side Of Kayleigh McEnany The Media Won’t Tell You About
Politics
4
VICTOR DAVIS HANSON: The Fragility Of The Woke
Opinion
5
1 Day After Mocking 'Right-Wing' Media For Reporting On Crime, CNN's Cuomo Admits Homicides Are Rising — But Here's Where He Placed The Blame
Media