Democratic presidential candidate Michael Bloomberg has risen to the top of a new Florida poll, the latest sign that his Super Tuesday strategy and extravagant campaign spending is proving effective.

Bloomberg is polling at 27.3% in Florida, according to a St. Pete Polls survey released Thursday, putting him above all other Democratic contenders for the party’s presidential nomination. Former Vice President Joe Biden came in second at 25.9%, and former South Bend, Indiana, Mayor Pete Buttigieg barely etched out Vermont Sen. Bernie Sanders, with the candidates polling at 10.5% and 10.4%, respectively.

As for the bottom-tier candidates, Minnesota Sen. Amy Klobuchar came in fifth place with 8.6%, Massachusetts Sen. Elizabeth Warren followed after with 4.8%, and lastly was hedge fund billionaire Tom Steyer with 1.3%. There appeared to be much room for change, however, with over 11% of respondents saying they were still undecided.

The St. Pete Polls reached out to a total of 3,047 likely Florida Democratic primary voters via telephone between Feb. 12 and 13. The survey has a margin of error of 1.8 percentage points and touts a “95% confidence level.” 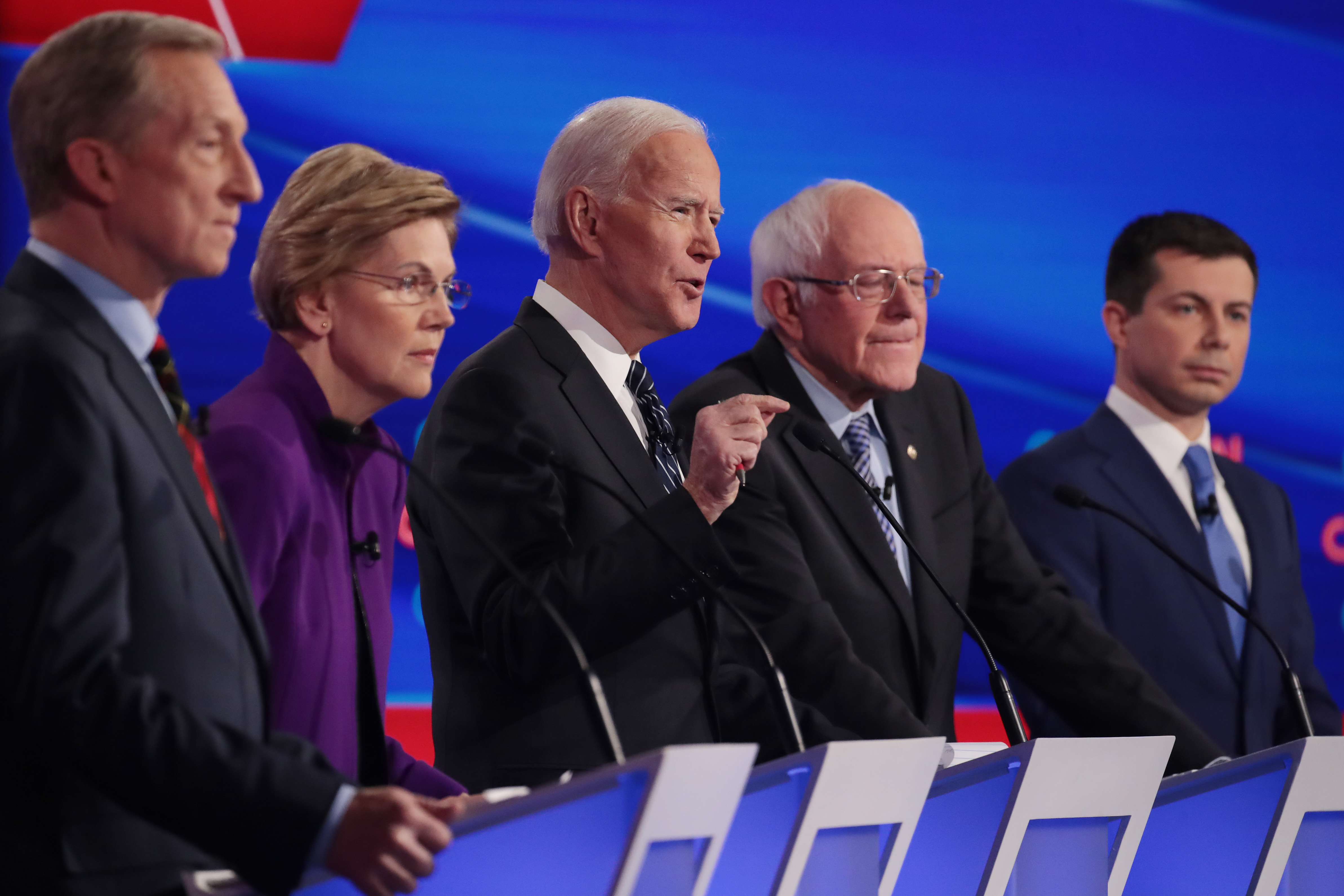 The new poll numbers are welcome news for the Bloomberg campaign, which has run an unorthodox campaign of largely ignoring the early primary states in favor of focusing on the many states that head to the voting booth for Super Tuesday and beyond. Fourteen states will go vote on March 3, where the former New York City mayor has spent enormous amounts of money on advertising and a campaign apparatus.

As for Florida, Democrats in the Sunshine State won’t be voting for over another month, on March 17, but Bloomberg’s rising poll numbers demonstrate how his campaign is investing in a long-term campaign run. Bloomberg, who is worth an estimated $60 billion, has spent tens of millions on advertising in Florida alone since he entered the race just several months ago. (RELATED: ‘That Is Not Democracy!’: Protester Runs On Stage, Steals Mic At Bloomberg Rally)

The new survey also reveals how much Biden’s campaign has faltered.

Once the undisputed frontrunner, the former vice president has sunk nationally and in state polls. He came in fourth place in the Iowa caucuses and fifth place in New Hampshire’s primary. His current status at 25.9% in Florida is a sharp fall from where he stood just a month ago. A St. Pete Polls taken in January had Biden leading the pack at 41.3%.