Two suicide bombers blew themselves up near the U.S. Embassy in Tunisia’s capital, killing one police officer and injuring four more along with one civilian Friday, according to the New York Times.

Two men approached a security patrol across the street from the embassy and detonated explosives around 11 a.m. local time, the Tunisian Interior Ministry said in a statement, according to the New York Times. 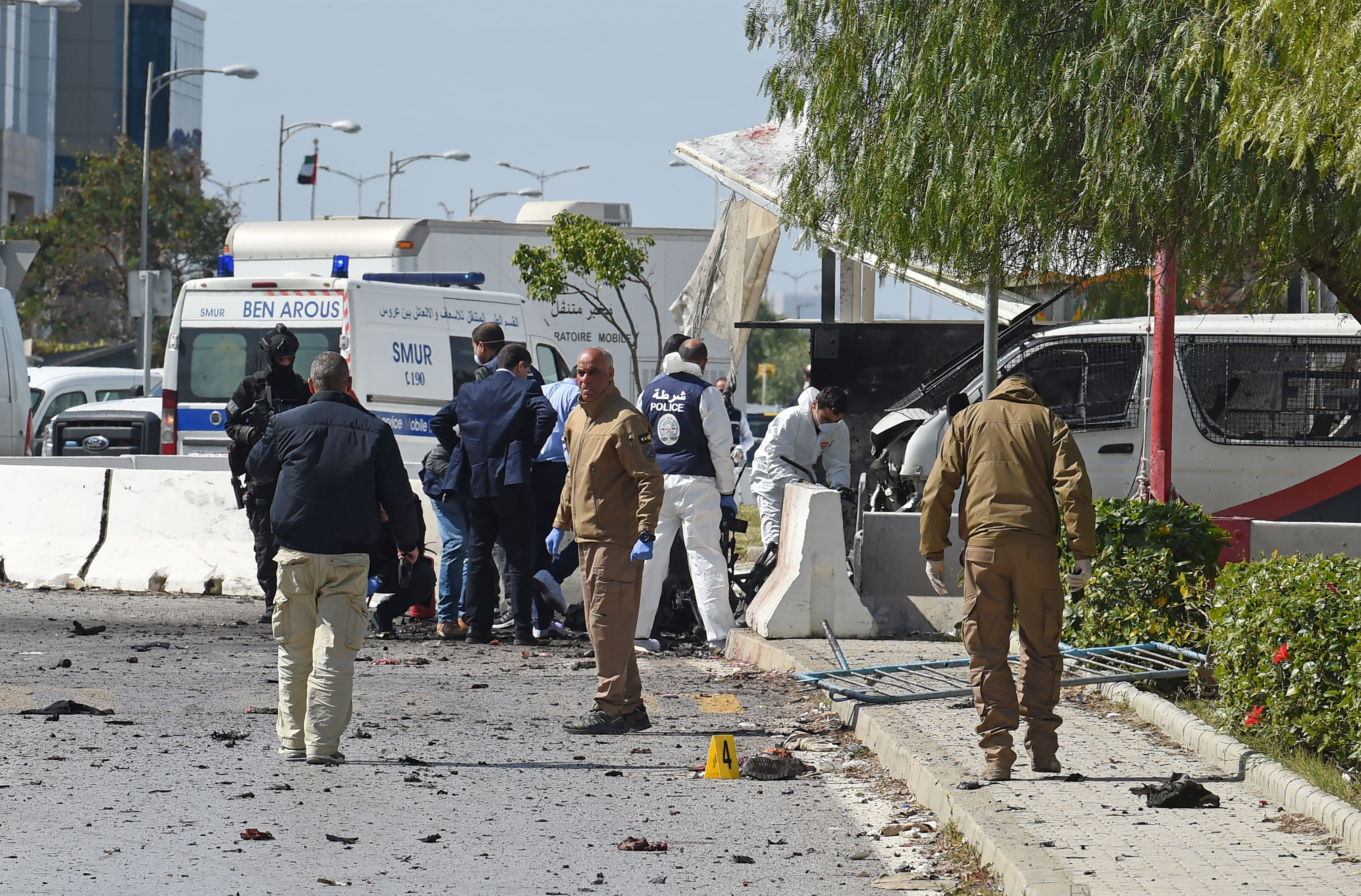 The attack happened in the business district of Lac II, the New York Times reported, an area in east Tunis where several embassies and offices of international institutions are located, including the U.S. embassy. (RELATED: Woman Detonates Homemade Bomb In Tunisia’s Capital, Injures 9)

“Emergency personnel are responding to an explosion that occurred near the U.S. Embassy in Tunis,” the embassy’s account posted on Twitter.

Emergency personnel are responding to an explosion that occurred near the U.S. Embassy in Tunis. Please avoid the area and monitor local media for updates.

One of the injured officers was in critical condition and the patrolling officers suffered varying degrees of injuries, ABC News reported. No group had immediately claimed responsibility for the attack.

Protesters ransacked the U.S. embassy in Tunisia in 2012 over a film that reportedly denigrated the Prophet Mohammad, Reuters reported at the time of the protests. Protesters smashed windows and hurled petrol bombs at police, starting fires in the embassy.