Warren Buffett backed away Thursday from a $4 billion investment in a $9.5 billion liquified natural gas (LNG) plant in Quebec.

Buffet’s Berkshire Hathaway company bailed from the project, CBC News reported Thursday, apparently due to chronic environmental protests in Canada that are interfering with several major energy projects and brought rail transport to a standstill for a month.

The plant is planned for the Quebec port of Saguenay, about 150 miles northeast of Quebec City and includes a natural gas pipeline. Monday. (RELATED: Trudeau Criticized For Bowing To Iranian Foreign Minister As He Seeks UN Security Council Seat)

Stéphanie Fortin, head of communications for the company behind the project, GNL Québec, did not confirm Buffet’s departure but told CBC News that a major investor had canceled his financing. She blamed the “current Canadian political context” and “instability” for the decision, an obvious reference to Canadian Prime Minister Justin Trudeau, who has been reluctant to enforce the law and remove illegal barricades erected by environmental extremists. Monday. (RELATED: Trudeau Criticized For Bowing To Iranian Foreign Minister As He Seeks UN Security Council Seat)

The Conservative Member of Parliament whose constituency includes Saguenay, agreed with Fortin. “Over the last month, a clear signal has been sent to businesses across Canada that the rule of law will not be upheld and that major projects cannot get built,” Richard Martel said in an email to the Financial Post, adding that Quebecers “risk losing out” if the capital is not replaced.

Last week, Canada’s Teck Resources Ltd.withdrew its application for a $20.6 billion Alberta oil sands project because the Trudeau government’s environmental and climate change policies lack “clarity.” Outside of Montreal, at the First Nations Reserve of Kahnawake, Mohawks are blocking traffic and the premier of Quebec says they are armed with AK-47 assault rifles. (RELATED: Counter-Protesters In Alberta Tear Down Anti-Pipeline Barricade As Trudeau Contemplates Action) 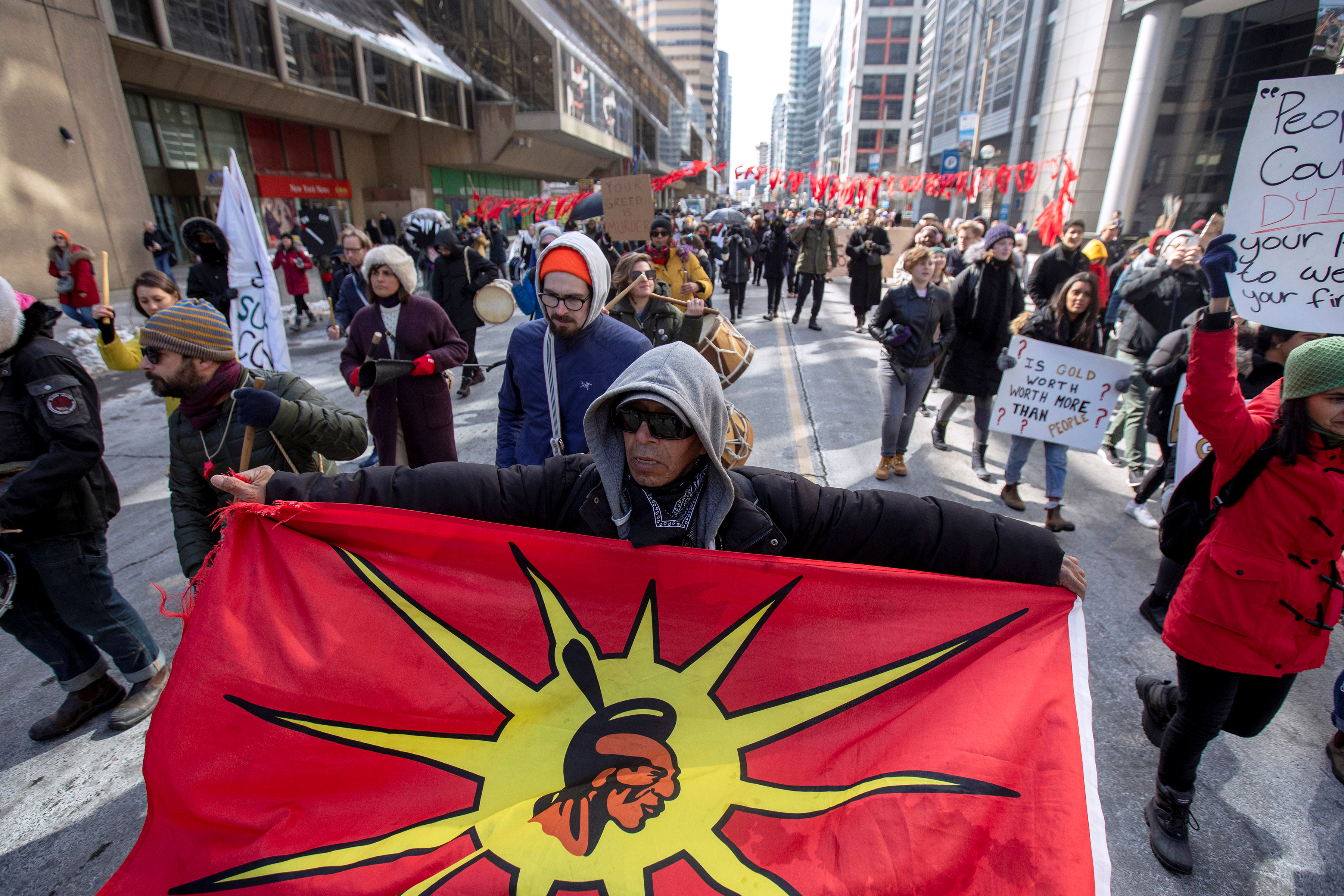 “We did not need this, especially at this stage of the project,” Potvin said, according to the Post. “We’re not going to find $4 billion tomorrow morning, and we sure aren’t going to find it in the region. So we have to roll up our sleeves.”