President Donald Trump announced Wednesday night that the U.S. would ban all travel for foreign nationals who had recently visited Europe but kept the U.K. off that list. Politico accused the White House of exempting the U.K. in order to protect business at the three Trump-owned golf resorts in Scotland and Ireland.

Pence cited the rising number of cases in the U.K. as the reason for the new travel restrictions.

Acting Department of Homeland Security Secretary Chad Wolf expanded on the “new directive” during Saturday’s briefing, noting it only applies to “certain foreign nationals who have been present in the U.K. or Ireland in the last 14 days.” (RELATED: White House Taking Temperatures Of Anybody Close To Trump, Pence) 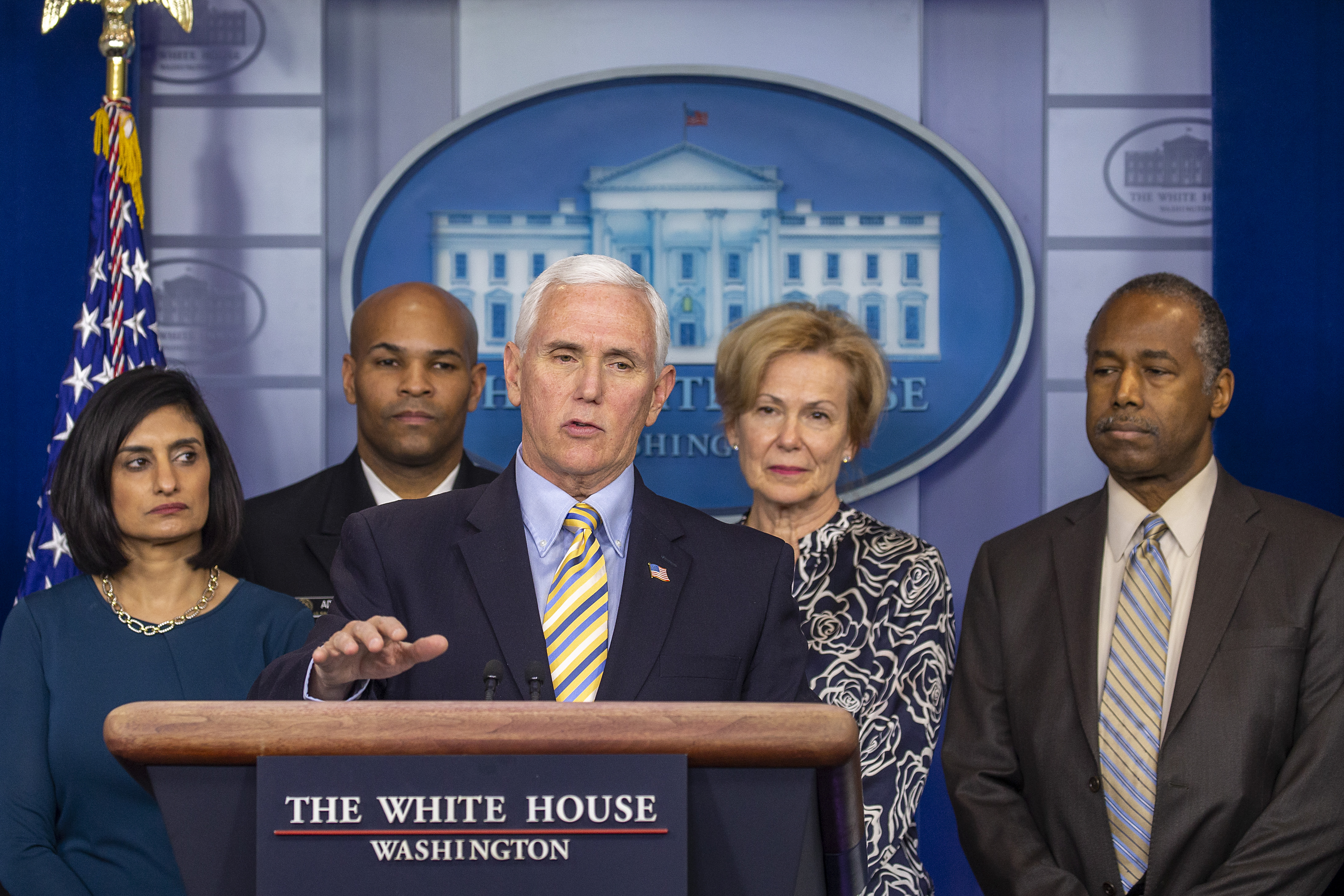 WASHINGTON, DC – MARCH 14: Vice President Mike Pence speaks in press briefing room at the White House on March 14, 2020 in Washington, DC. President Trump also told reporters he was tested for the novel coronavirus Friday night, but did not reveal the results and said he did not know when he would get them. (Photo by Tasos Katopodis/Getty Images)

“To be clear the president’s proclamation and these travel restrictions do not apply to U.S. citizens,” he continued.

“Legal permanent residents, family members under the age of 21, foreign diplomats, and other exemptions that are outlined in the proclamation can certainly travel back to the U.S.,” Wolf explained. “They will undergo some medical screening and some other questions when they arrive, and then they will be asked to self-quarantine for 14 days.”

Wolf clarified that all forms of economic cargo are exempt from the new directive.

He added that in addition to the U.K. news, “a number of cruise lines that have agreed to suspend outbound trips for 30 days.”