The spread of the novel coronavirus appears to be slowing, according to new data and reports from multiple states that have been hit hard by the virus.

States across America have issued various directives designed to slow the spread of the novel coronavirus, including implementing stay-at-home orders and demanding non-essential business close. At least 248 million Americans have been informed they should stay at home, according to the New York Times.

These strict measures may be garnering results, according to numerous health departments.

Washington State was the first state in America to have a confirmed case of the novel coronavirus. The virus quickly spread, infecting an average of 2.7 additional people earlier in March, according to the NYT. After social distancing measures and other guidelines, this number has dropped to 1.4 additional people, according to one projection.

“We made a huge impact. We slowed the transmission,” Democratic Seattle Mayor Jenny Durkan said according to the NYT.

Durkan warned that the state is not yet in the clear and that lifting restrictions too early would result in another increase in cases.

Meanwhile, New York is also seeing some small moments of hope. The state has become the epicenter of the novel coronavirus in America with at least 67,174 and 1,224 deaths, according data from the NYT. Despite these massive numbers, Democratic New York Gov. Andrew Cuomo announced that the rate of hospitalizations because of the virus has slowed in the state, CNN reported Monday.

New York’s hospitalization rate is doubling every six days this week, compared to last week when it reportedly doubled every two to three days. New York City is on a mandatory shutdown in an attempt to get people to stay home and stay healthy.

“So, while the overall number is going up, the rate of doubling is actually down,” Cuomo said according to CNN. (RELATED: CBS News Airs Footage Of Italian Hospital While Reporting On New York’s Coronavirus Crisis) 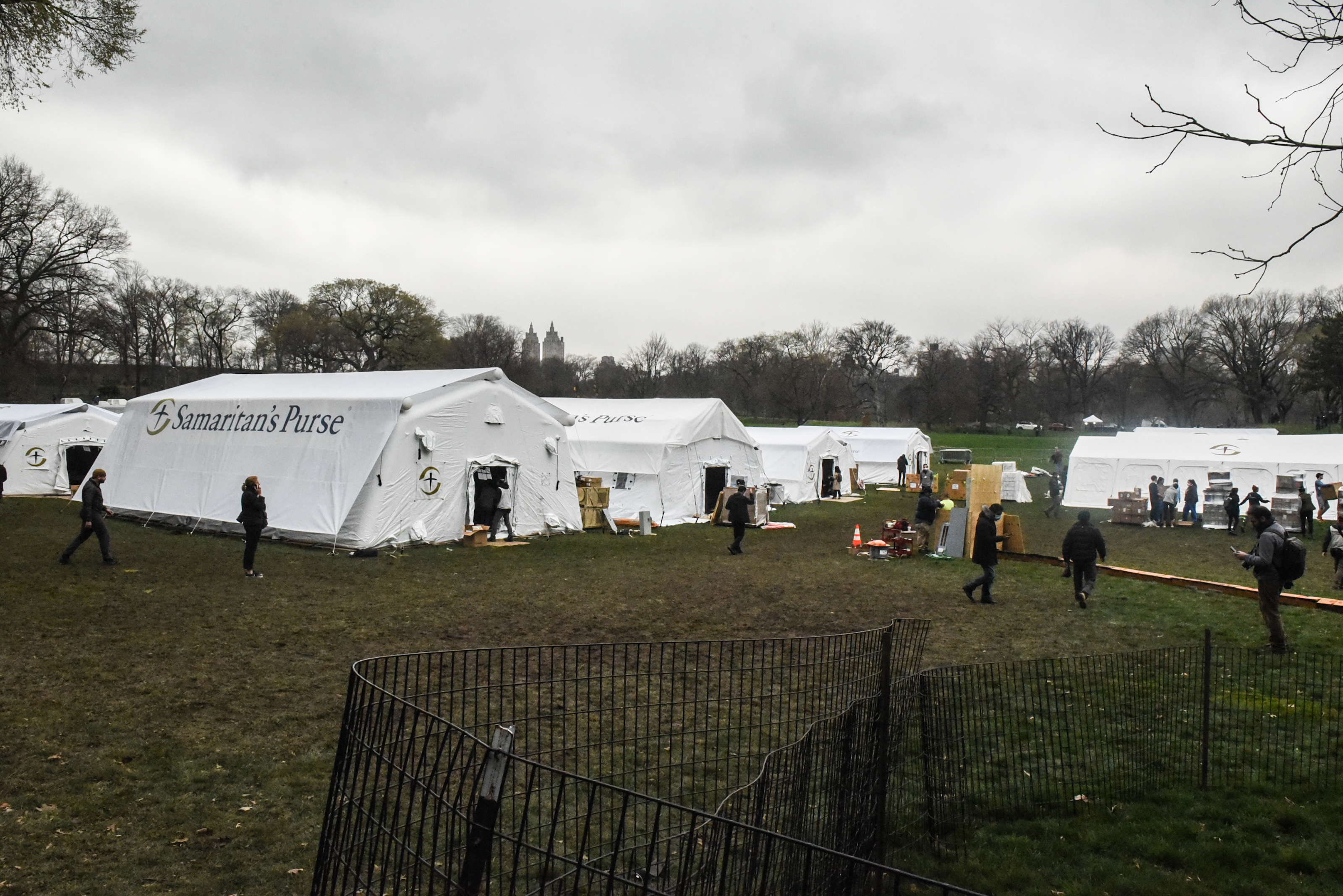 People set up an emergency field hospital to aid in the COVID-19 pandemic in Central Park on March 30, 2020 in New York City. (Stephanie Keith/Getty Images)

Data from Kinsa Health, a company that makes thermometers that connect to the internet, backs up these state’s reports. Kinsa Health has been getting up to 162,000 temperature readings every day since the virus began to spread in America and created a nation-wide map showing fever levels on March 22.

This map shows that fevers are remaining at the same levels or dropping in almost every area across America as of noon Wednesday, the NYT reported. Friday’s readings showed that fevers were dropping in every single county in America.

Kinsa’s Health map has continued to show this positive trend regarding the novel coronavirus. Monday saw that over 3/4 of America were in the furthest stage of “decreasing” fevers.

“I’m very impressed by this,” Dr. William Schaffner, a preventative medicine expert at Vanderbilt University, said according to the NYT. “It looks like a way to prove that social distancing works. But it does show that it takes the most restrictive measures to make a real difference.”