In response to a question from a reporter on states following the mandate of of their respective governors vs. that of the federal government, Trump claimed that “when somebody is the President of the United States the authority is total, and that’s the way it’s got to be.” 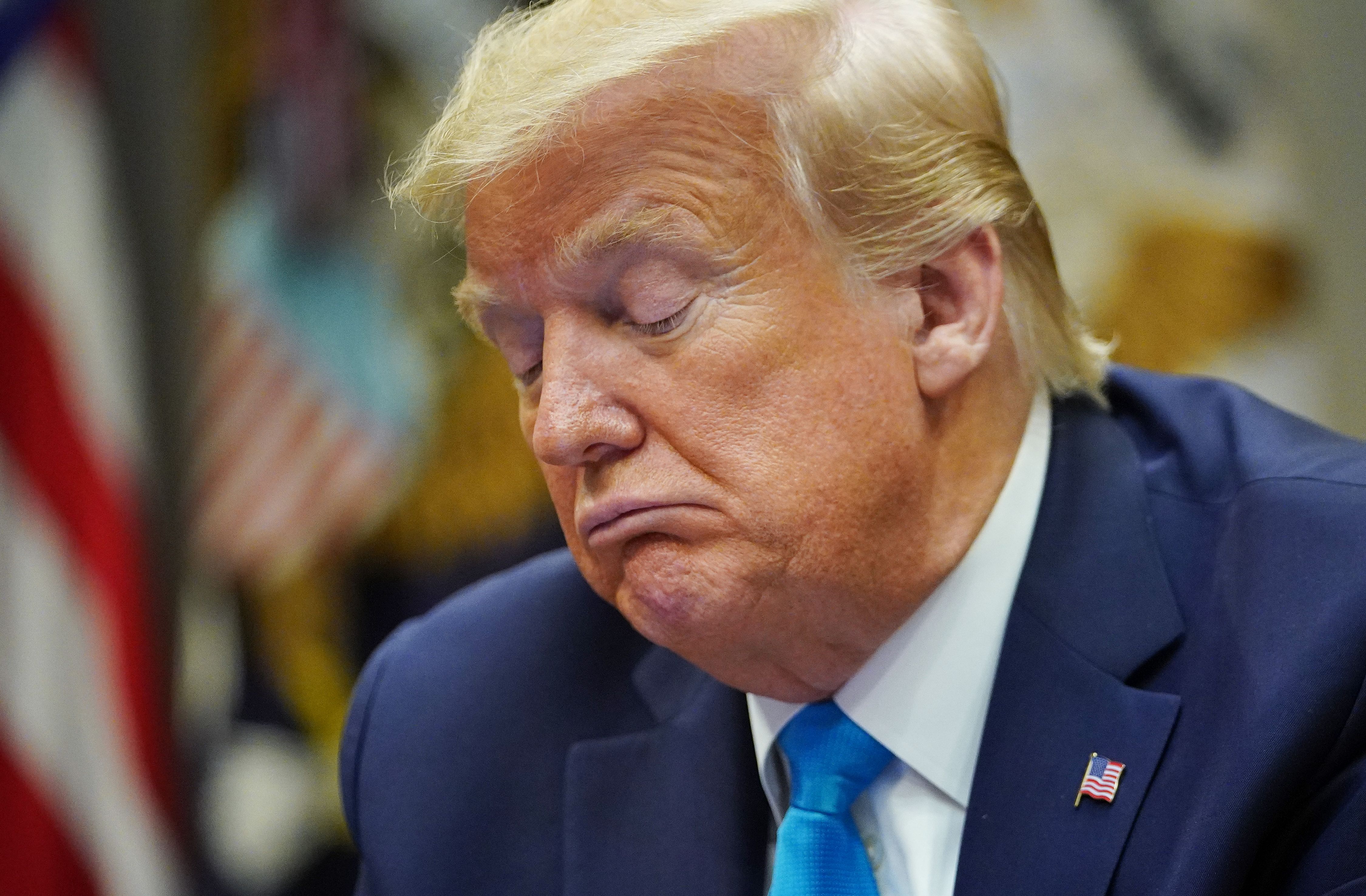 US President Donald Trump speaks on small business relief in the Roosevelt Room of the White House in Washington, DC on April 7, 2020. – Trump met virtually on Tuesday with executives of US banking giants to discuss boosting relief for small business, banking sources said. (Photo by MANDEL NGAN/AFP via Getty Images)

Trump’s claims were undercut by many on social media during the briefing, including George Washington University law professor and constitutional scholar Jonathan Turley, who gave a full-throated defense of the president during his impeachment proceedings in the House. (RELATED: Jonathan Turley Admits He Doesn’t Like Trump, Then Blasts Impeachment)

“Pres Trump stated that “When somebody is President of the United States, his authority is total,’” he wrote. “The Constitution was written precisely the deny that particular claim.”

Pres Trump stated that “When somebody is President of the United States, his authority is total.” The Constitution was written precisely the deny that particular claim. It also reserved to the states (& individuals) rights not expressly given to the federal government.

President Trump just stated that the power of the federal government is “absolute.” That would effectively negate federalism and a variety of other constitutional principles. “Absolutes” find little sanctuary within our constitutional system of limited and shared powers.

“You have a couple of bands of Democrat governors, but they will agree to it,” the president stated Monday evening. “The authority of the president of the United States, having to do with the subject we’re talking about, is total.”

Later in the briefing, Trump said the White House would “write up papers” on the relationship between the executive branch and the state governors.

“The governors need us one way or the other,” he continued. “I feel very certain that there won’t be a problem.”

He added that he had not directly spoken to any of the governors about the issue.

Vice President Mike Pence told reporters Monday that throughout “the long history of this country, the authority of the president of the United States, during national emergencies, is unquestionably plenary.”