Daleiden’s lawsuit, filed in the U.S. District Court for the Central District of California, claims Attorney General Xavier Becerra and the other defendants conspired to violate First and Fourteenth Amendment civil rights, according to a CMP press release. The lawsuit comes as presidential candidate Joe Biden considers picking Harris as his vice president in the 2020 election.

The new lawsuit stems from a years-long conflict between Planned Parenthood and Daleiden, who has claimed that the organization profits from fetal body parts obtained through abortions. (RELATED: Unsealed Invoices Show Planned Parenthood Billed A Tissue Company Nearly $25K For Fetal Body Parts)

Daleiden previously posed as a fetal tissue procurer and secretly recorded and published videos of Planned Parenthood employees in 2013 and 2014 allegedly discussing the sale of fetal body parts.

Planned Parenthood said the videos were deceptively edited, sued both Daleiden and CMP in March 2016, and was awarded more than $2 million in damages in November 2019 after a jury ruled that Daleiden broke both federal and state laws when he secretly filmed the Planned Parenthood workers.

According to Daleiden’s attorney Harmeet Dhillon, the prosecution of Daleiden was “politically motivated,” and targeted him “based on the content of his speech, not the method of his journalism.”

“Equally chilling is the way political patrons of then-AG Harris — Planned Parenthood and the National Abortion Federation, were closely involved in law enforcement and prosecutorial decisions and actions at every step of the process,” Dhillon said in statement to the Daily Caller News Foundation. 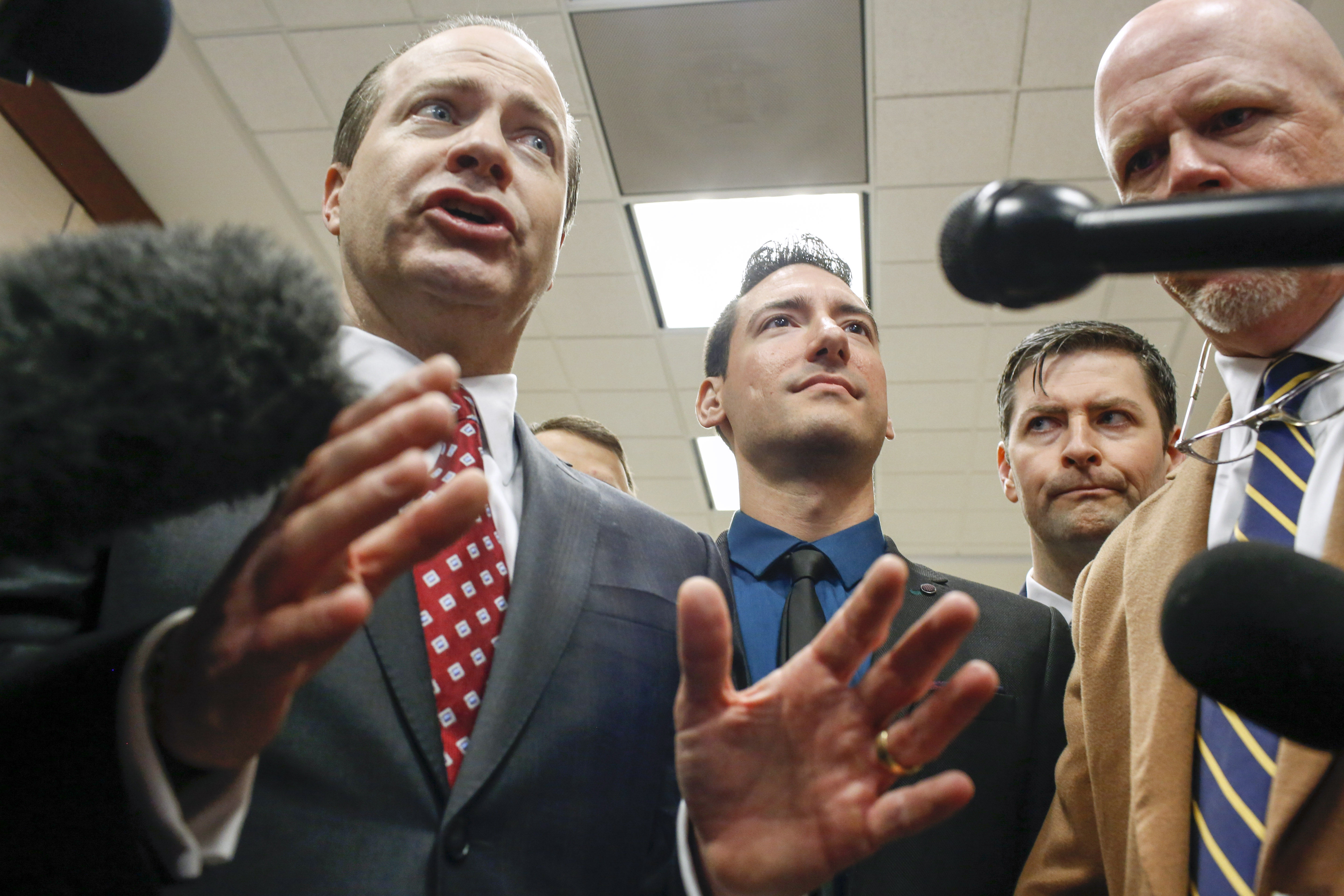 HOUSTON, TX – FEBRUARY 04: Attorney Jared Woodfill (L) speaks to the media alongside client David Daleiden (C), a defendant in an indictment stemming from a Planned Parenthood video he helped produce, at the Harris County Courthouse after Daleiden surrendered to authorities on February 4, 2016 in Houston, Texas. (Photo by Eric Kayne/Getty Images)

Daleiden’s lawsuit contends that he was acting as a journalist and was the first reporter to be criminally prosecuted under California’s recording law. The lawsuit claims that the reason for the prosecution about the methods Daleiden used but rather what he uncovered through his investigation. (RELATED: Planned Parenthood Employee Testified She Wanted To ‘Move Forward’ On Selling Fetal Livers For $750 Each)

“The California Attorney General first admitted that they are enforcing the video recording law solely based on how they feel about the message being published, and then further admitted they are not even trying to follow the text of the law as written,” Daleiden said in a statement provided to the DCNF.

“CMP’s undercover reporting has been corroborated by the successful prosecution of fetal body parts sales we reported in southern California, multiple Congressional investigations, and forensic video analysis,” Daleiden added. “It is every reporter’s First Amendment right to underscore the gravity of their findings, especially when the politically powerful disagree with them.”

Harris, Planned Parenthood, and Becerra did not immediately respond to requests for comment from the DCNF.