New York City Mayor Bill de Blasio is tapping the head of the city’s public hospital system to lead his virus contact tracing effort two months after the official advised the mayor’s office to avoid lockdowns and instead let the virus take its course, according to The New York Time.

Health officials are upset about the move, the NYT reported, arguing Katz’s office does not have the capacity to marshal the kind of tools needed to carry out the effort.

Some officials are also upset about Katz’s past comments suggesting lockdowns would do more harm than good, the NYT reported. (RELATED: FLASHBACK To March 3: De Blasio Asks New Yorkers To Ignore Coronavirus, Get On With Their Lives)

“We have to accept that unless a vaccine is rapidly developed, large numbers of people will get infected,” Katz wrote in a March 10 email to the mayor’s office, which was obtained by the NYT. “The good thing is greater than 99 percent will recover without harm. Once people recover they will have immunity. The immunity will protect the herd.”

Italy “is having a terrible problem that I do not believe we will have,” Katz wrote, arguing also that shutting down events could create fear among some with mental health issues.

The mayor selected Health and Hospitals system Katz leads because it’s a quasi-private organization, and that structure allows the government to hire people and award contracts faster than the Health Department, the NYT reported.

“The ability to rely on the organizational infrastructure that (Health and Hospitals) brings is also essential,” de Blasio press secretary Freddi Goldstein told the NYT, referring to the city hospital system.

Still, some officials are critical of the move.

“It is a head-scratcher. I can’t figure out the rationale, and I don’t think it’s worth the risks,” Stanley Brezenoff, who temporarily lead Health and Hospitals in 2016, told the NYT.

New York City’s coronavirus death toll hit 20,000 on Thursday, while more than 40,000 people have reportedly died from the illness in the state of New York. More than 85,000 Americans have died from COVID-19 so far.

Katz gave “the best advice based on what they knew at that time,” de Blasio spokeswoman Goldstein said of the March 10 email, adding that the mayor sought advice from several experts. The Centers for Disease Control and Prevention “repeatedly misled us and greatly hampered our ability to catch and respond to this disease,” Goldstein added. 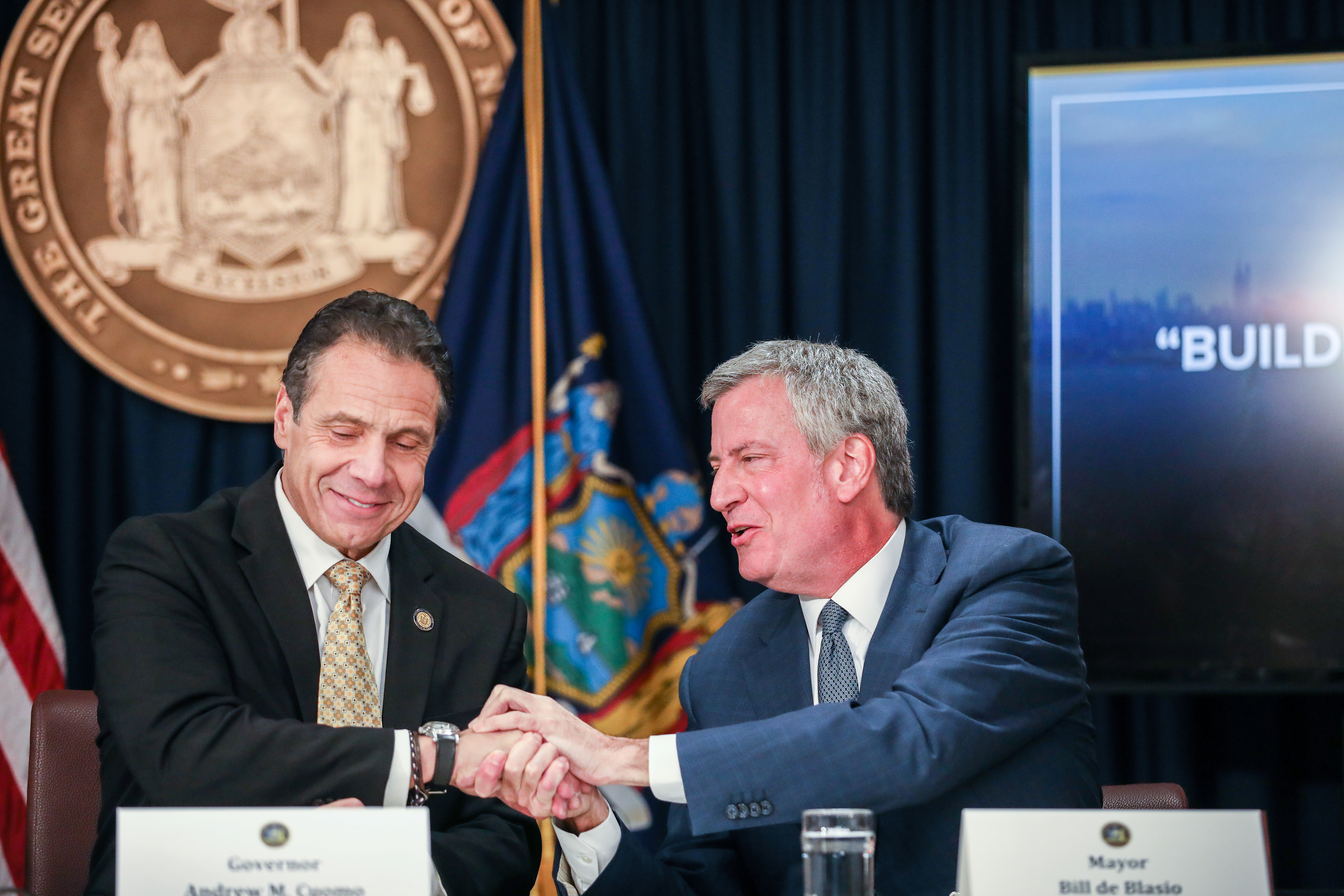 De Blasio did not impose stay-at-home orders until a week after Katz’s email, the NYT reported.

De Blasio asked his citizens to move on with their lives as the pandemic spread across the globe in February and early March. “Since I’m encouraging New Yorkers to go on with your lives + get out on the town despite Coronavirus,” de Blasio told his Twitter followers on March 3.

De Blasio offered some suggestions for what New Yorkers should do instead of social distancing. “I thought I would offer some suggestions. Here’s the first: thru Thurs 3/5 go see ‘The Traitor,'” he said, referring to a 2019 crime drama about the life and times of a Mafia mob boss.