Three Democratic members of the Staunton, Virginia, city council were ousted by Republicans on Tuesday despite receiving more votes than they did four years ago.

“Democrats got their voters out better than they have in a May cycle in years,” Graham wrote. “Republicans got turnout more akin to, not quite a presidential year, but approaching gubernatorial.”

Graham cited gun control legislation in the state as well as COVID-19 lockdowns as key turnout drivers for Republicans in the city. 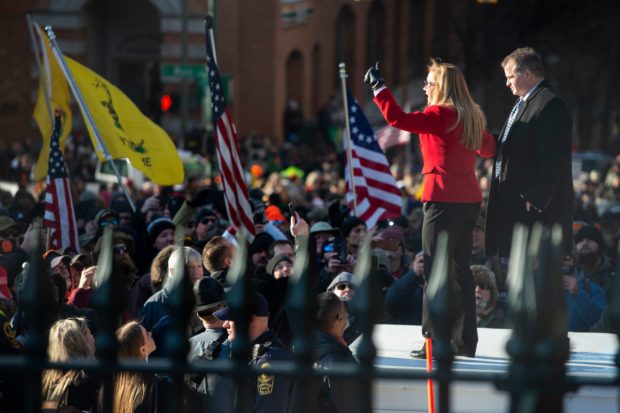 Virginia State Senator Amanda Chase speaks to a crowd of pro gun demonstrators gathered in front of the grounds of the Virginia State Capitol in Richmond, Virginia on January 20, 2020. (Photo by Roberto SCHMIDT / AFP) (Photo by ROBERTO SCHMIDT/AFP via Getty Images)

Overall voter turnout was 4,320, the Augusta Free Press reported, with a total of 17,279 votes cast.

Incumbent city council member Andrea Oakes reportedly received around the number compiled in the city by Ed Gillespie in 2017 and Ken Cuccinelli in 2013, striking for a local election and indicative of a huge turnout from GOP voters. (RELATED: ‘These Are Profoundly Damaged People’: Tucker Carlson Rips Democratic Lockdown Leaders ‘Drunk With Power’)

Nearby Wayesboro also put two conservatives, Lana Williams and Bruce Allen, on their city council to “give conservatives a working majority,” Graham reported.

“Bottom line is that the strategies worked, flipping both from D to R, but the change in Staunton is stunning almost beyond words,” Graham opined. “A city that voted for Barack Obama, twice, voted for Hillary Clinton, voted for Terry McAuliffe and Ralph Northam, even gave a solid majority to Jennifer Lewis in her 2018 congressional run against Ben Cline, is now controlled by Republicans.”