Two Republican senators dramatically expanded their request for so-called Obama administration unmasking records on Tuesday, saying in a letter to the U.S. government’s top spy chief that they are “increasingly concerned” that surveillance of Trump campaign aides began earlier than the FBI has previously acknowledged.

Sens. Chuck Grassley and Ron Johnson sent a letter to acting Director of National Intelligence Richard Grenell on Tuesday asking him to provide their committees unmasking records submitted for any Trump campaign associate between January 2016 through January 2017.

“Based on our investigation and recent press reports, we are increasingly concerned that the surveillance of U.S. persons affiliated with the Trump campaign began earlier than the opening of the FBI’s Crossfire Hurricane investigation in late July 2016,” the senators wrote in a letter to Grenell.

“It has become evident that the FBI, and possibly members of the U.S. Intelligence Community, were focused on U.S. persons affiliated with the Trump campaign in early 2016, if not even earlier.”

The senators on May 13 released a list of 39 Obama administration officials who submitted requests during the presidential transition period for intelligence reports that mentioned retired Lt. Gen. Michael Flynn. (RELATED: Lindsey Graham Demands ‘Unmasking’ Records On Trump, His Family And Campaign) 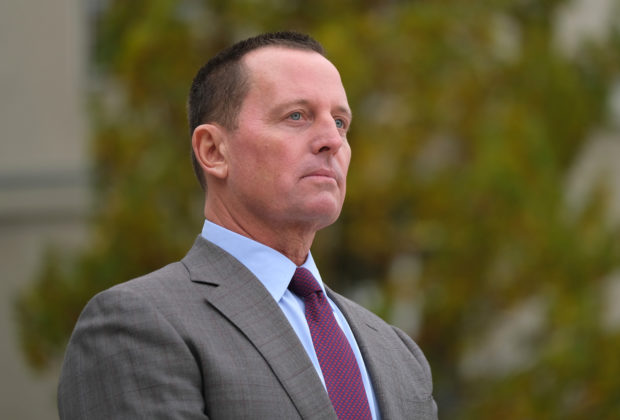 Republicans have long questioned whether the FBI or CIA were monitoring Trump campaign associates before the FBI officially opened Crossfire Hurricane, the name for its counterintelligence investigation into a possible conspiracy between the Trump campaign and Kremlin.

Grassley and Johnson noted that the Justice Department inspector general (IG) reported that FBI headquarters directed the New York Field Office to open a counterintelligence investigation in April 2016 against Carter Page, who had joined the Trump campaign a month before.

An FBI confidential human source, Stefan Halper, also met Page at a political conference on July 10, 2016, three weeks before the start of Crossfire Hurricane. FBI agents claimed that Halper’s encounter with Page was “serendipitous,” and not part of an FBI investigation of the Trump aide, the IG report stated.