Democratic Michigan Gov. Gretchen Whitmer has not denied that her husband sought special treatment and attempted to persuade a Michigan dock company to allow him to take the family boat out for Memorial Day Weekend.

“Our practice is not to discuss the governor’s or her family’s personal calendar/schedules,” Whitmer’s press secretary, Tiffany Brown, told the Daily Caller News Foundation in a statement Tuesday. “And we’re not going to make it a practice of addressing every rumor that is spread online.

“There’s been a lot of wild misinformation spreading online attacking the governor and her family, and the threats of violence against her personally are downright dangerous,” Brown added. (RELATED: Whitmer Says She Censors Herself So Trump Won’t Cancel Aid To Michigan)

Both Northshore Dock LLC and Dowker’s posts have since been deleted. Dowker’s post described Mallory arriving at the dock company and requesting that his boat be put in the water early, the Detroit News reported.

“This morning, I was out working when the office called me, there was a gentleman on hold who wanted his boat in the water before the weekend,” Dowker posted on Facebook Thursday, according to the Detroit News. “Being Memorial weekend and the fact that we started working three weeks late means there is no chance this is going to happen.”

“Well our office personnel had explained this to the man and he replied, ‘I am the husband to the governor, will this make a difference?'”

Dowker’s post came three days after Whitmer announced that she would loosen restrictions on Northern Lower Michigan and Michigan’s Upper Peninsula ahead of Memorial Day Weekend. These areas are popular vacation destinations and have lower coronavirus rates than other parts of the state, according to the Detroit News.

“If you don’t live in these regions … think long and hard before you take a trip into them,” Whitmer said May 18, the publication reports.

“A small spike could put the hospital system in dire straits pretty quickly,” she said. “That’s precisely why we’re asking everyone to continue doing their part. Don’t descend on Traverse City from all regions of the state.” 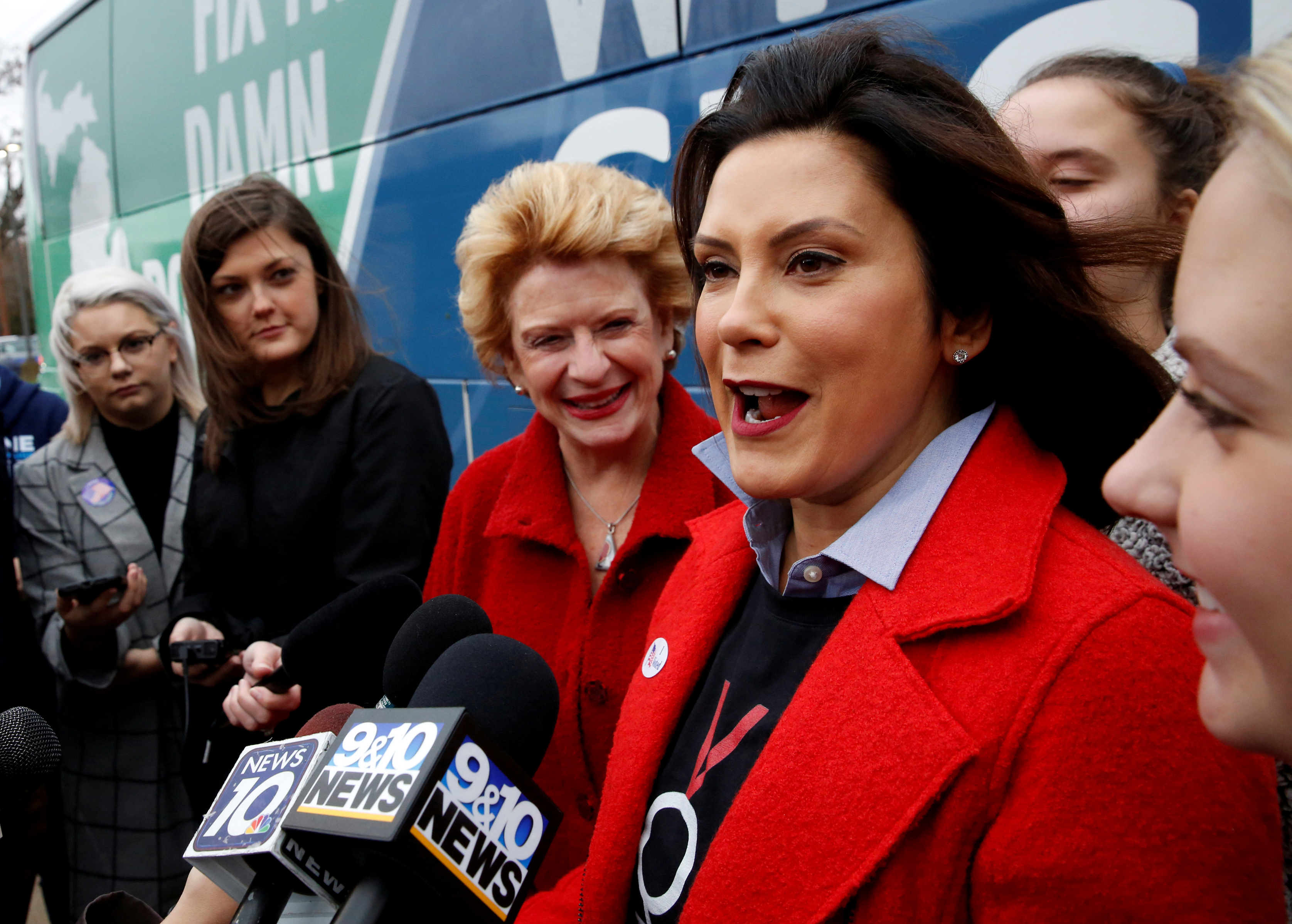 Whitmer and her husband reside in Lansing, Michigan, according to the Detroit News, and additionally own a home in Elk Rapids, Michigan, which is about 25 miles from Traverse City.

NorthShore Dock LLC posted about the incident Saturday after Dowker’s post was deleted, the Detroit News reported, saying that the company did not have time to deal with the amount of media requests it was receiving. The statement also noted that Mallory acted respectfully when the dock company told him they could not accommodate his request.

“After a long day of keeping crews running, adhering to the additional safety regulations that need to be in place to operate our small business and fielding calls from customers frustrated with our lagging installation schedule I was told the governor’s husband called asking for install availability,” the company said in a Facebook post, according to the Detroit News. “Up until this point we, as a company, had no idea we installed their dock or boat.”

Whitmer has sparked protests in her state over strict stay-at-home orders prohibiting Michigan residents from visiting their family and friends, holding public and private gatherings of any kind, and restricting which businesses may operate due to the coronavirus pandemic.

Despite protests against her strict lockdowns, Whitmer has not backed down. She extended the state’s lockdown until June 12, marking the fifth time she has extended the order since it was originally instated March 23.

She also blamed politics for the pushback and protests against her orders.

“There is a lot of politics at play here, unfortunately,” Whitmer told Fox News in May. “The protests are very political in nature instead of being focused on the stay-at-home order.” (RELATED: A Million Michigan Residents Stopped Staying Home After Whitmer Extended Lockdown, Data Show)

“But I’ve been focused on doing my job, and I’m going to keep doing that and I’m not going to apologize about that,” Whitmer said, before adding, “I’m not changing the way I run this state because of some protests.”