Former White House press secretary Sean Spicer interviewed Trump for Newsmax regarding the state of the country amid widespread protests over the death of George Floyd. Obama addressed the same topic in a townhall put on by the Obama Foundation. Screenshots taken at 6:18pm EST, while both events were going on simultaneously, show Obama was pulling in just under 180,000 viewers, and Trump had just 518. 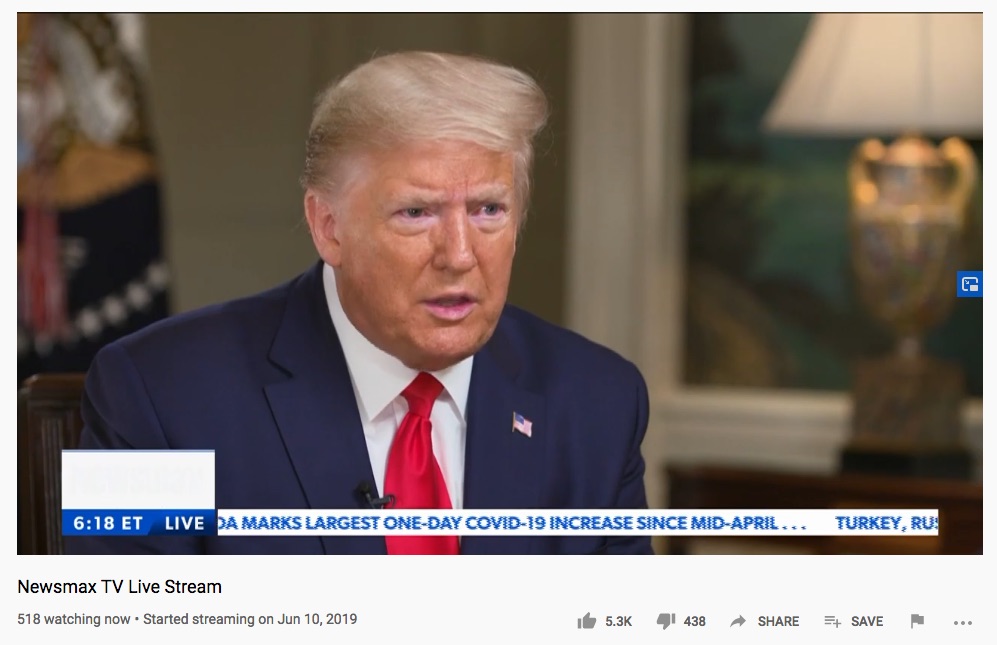 President Trump delivers an interview on Newsmax to 518 viewers at 6:18p.m. on Wednesday. (Screenshot/YouTube/Newsmax TV) 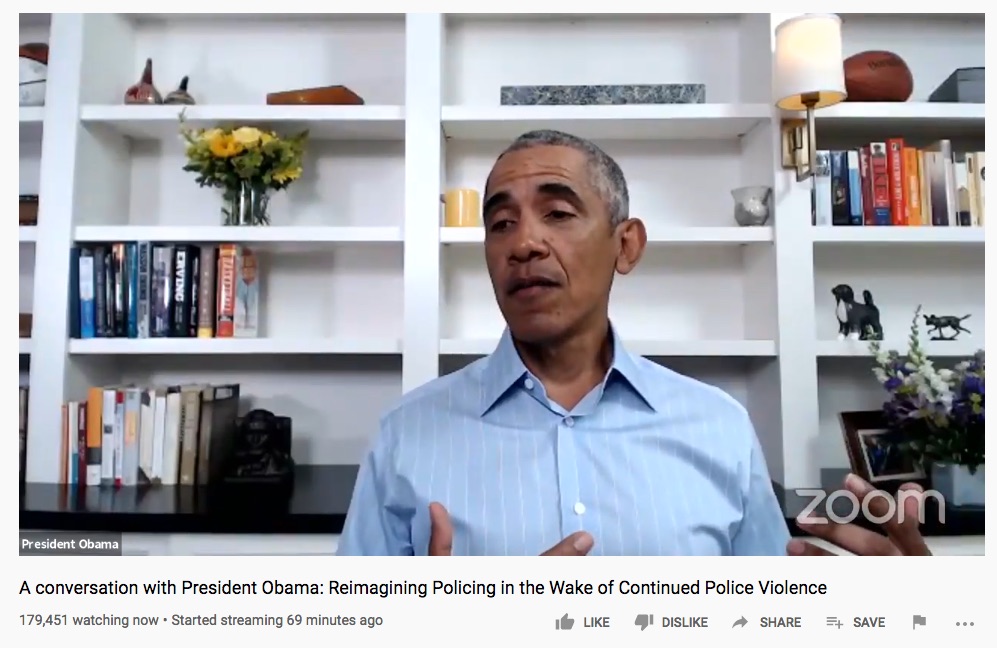 The presidential interviews came as waves of unrest have continued to crash against the nation following the death of George Floyd in Minnesota. (RELATED: Philadelphia Inquirer Apologizes For Telling Protestors ‘Buildings Matter, Too’)

Trump addressed the nation Monday evening, telling Americans he is a “law and order president.” Violent protests and looting have surged across the country, with Washington, D.C. and New York City being among the worst hit.

Hundreds of buildings were also destroyed in Minneapolis, where the protests began.

Obama’s townhall emphasized the need for police reforms, while Trump’s message during the riots has been to crack down on demonstrators.

Trump has floated the idea of invoking the Insurrection Act to deploy the U.S. military, but Defense Secretary Mark Esper has already pushed back on the idea.

“The option to use active duty forces in a law enforcement role should only be used as a matter of last resort, and only in the most urgent and dire of situations,” Esper told reporters during a press conference Wednesday. “We are not in one of those situations now. I do not support invoking the Insurrection Act.”

Trump had already deployed military assets to Washington, D.C. as it is not a state, but those forces are reportedly returning to their bases.

1
Farrakhan Accuses Fauci And Bill Gates Of Plotting To 'Depopulate The Earth' With Coronavirus Vaccine
US
2
Leo Terrell: ‘Embarrassed To Be A Democrat’ After DNC Plays ‘Race Card’ With Mount Rushmore
Politics
3
Black Lives Matter Totally Shuts Down Nation’s Capital On Independence Day
US
4
A 'Mini-Switzerland': This US State Is Becoming A Haven For Tax Evaders
US
5
Phil Murphy: National Mask Requirement 'Almost Not Even Debatable'
Media