Former Vice President Joe Biden asked his Twitter followers Thursday to help him protect democracy and his own presidential campaign from the social media misinformation that he believes allowed President Donald Trump to win the presidency in 2016.

Social media platforms’ decision to allow disinformation to run “rampant” negatively impacted the Democratic Party in 2016, Biden told his Twitter followers Thursday. The presumptive Democratic presidential nominee then asked his followers to sign an open letter to Facebook requesting the company “change its policies to crack down on misinformation in ads.”

“Folks, we saw in 2016 what can happen when social media platforms are left unchecked and allow disinformation to run rampant. It puts the very integrity of our elections at risk,” Biden wrote. “We simply cannot let it happen again in 2020.”

Biden then linked to a donor page that read: “We’ve Got To Fix Facebook To Protect Democracy And Beat Trump.”

The language on the page was later replaced with a statement asking supporters to tell Facebook to “promote real news, not fake news.”(RELATED: Mark Zuckerberg Leans On Free Speech While Defending Facebook’s Ad Policies)

A Facebook spokesman said the company would continue protecting political speech in a response to Biden’s letter.

“Two weeks ago the President of the United States issued an executive order directing Federal agencies to prevent social media sites from engaging in activities like factchecking political statements,” company spokesman Andy Stone said in a statement to the Daily Caller News Foundation. “This week, the Democratic candidate for President started a petition calling on us to do the exact opposite.”

He added: “There is an election coming in November and we will protect political speech, even when we strongly disagree with it.”

Biden and others criticized Facebook after CEO Mark Zuckerberg refused to remove or flag a Trump post in May referencing “looting and shooting” and “THUGS.”

Trump’s post was in reference to protests against the death of George Floyd, a black man who died May 25 after a Minneapolis police officer knelt on his neck for nearly nine minutes, video of the incident showed. Zuckerberg reportedly defended the decision as an adherence to free speech principles.

Since 2016, Facebook created an independent oversight body, wherein the company’s platform can impartially protect free speech and create an arbitration system. The body is made up of a bipartisan crew of conservative and liberal judges to help determine whether specific comments, posts or links comply with Facebook’s terms of service. 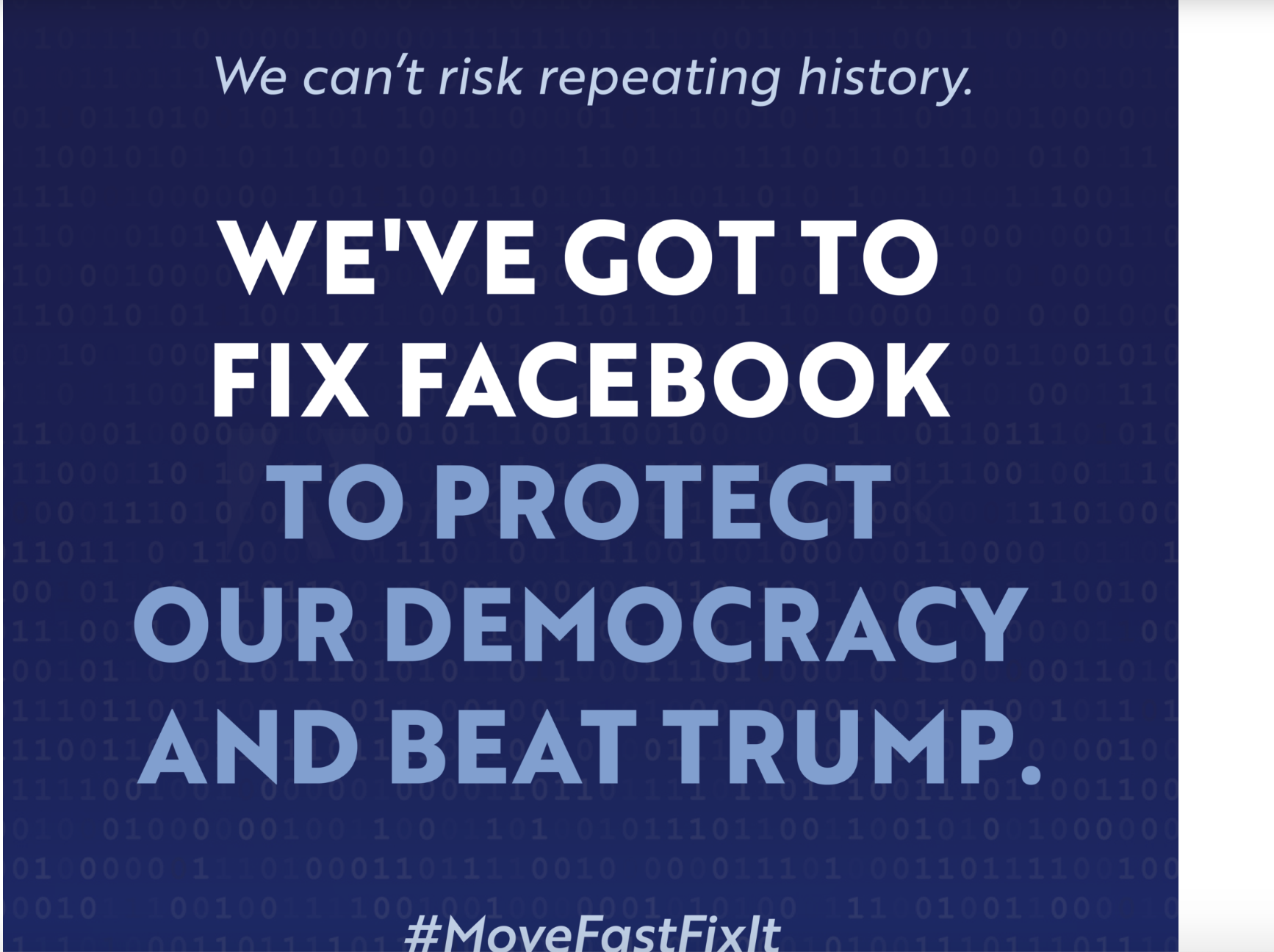 Facebook named 20 members of the eventual 50-member  independent oversight board May 6. Under the system, Facebook users who are unhappy with a moderator’s decision can file an appeal with the board, which will choose to take a handful of cases each year, a set up that Facebook has likened to the Supreme Court.

The Biden campaign has become a big spender on Facebook, especially after the nationwide protests sparked by Floyd’s death. The campaign spent more than $1 million in Facebook ads in one day criticizing Trump for fanning the flames of hatred amid Floyd’s death.

Biden’s campaign has not responded to the Daily Caller News Foundation’s request for comment.