At a Washington Post forum, Bass was asked about defunding law enforcement to which she said it is “probably one of the worst slogans ever.” The comments come one day after Bass said she was against defunding the police in an interview with Fox 11, making the point that police reform is necessary.

“No, I don’t think it’s time to defund the police…,” Bass said. “What has happened over the years is that we have not invested properly in the proper balance, when we don’t invest in society and address the problem, then the police officers are left to pick up the pieces, and that’s wrong.” 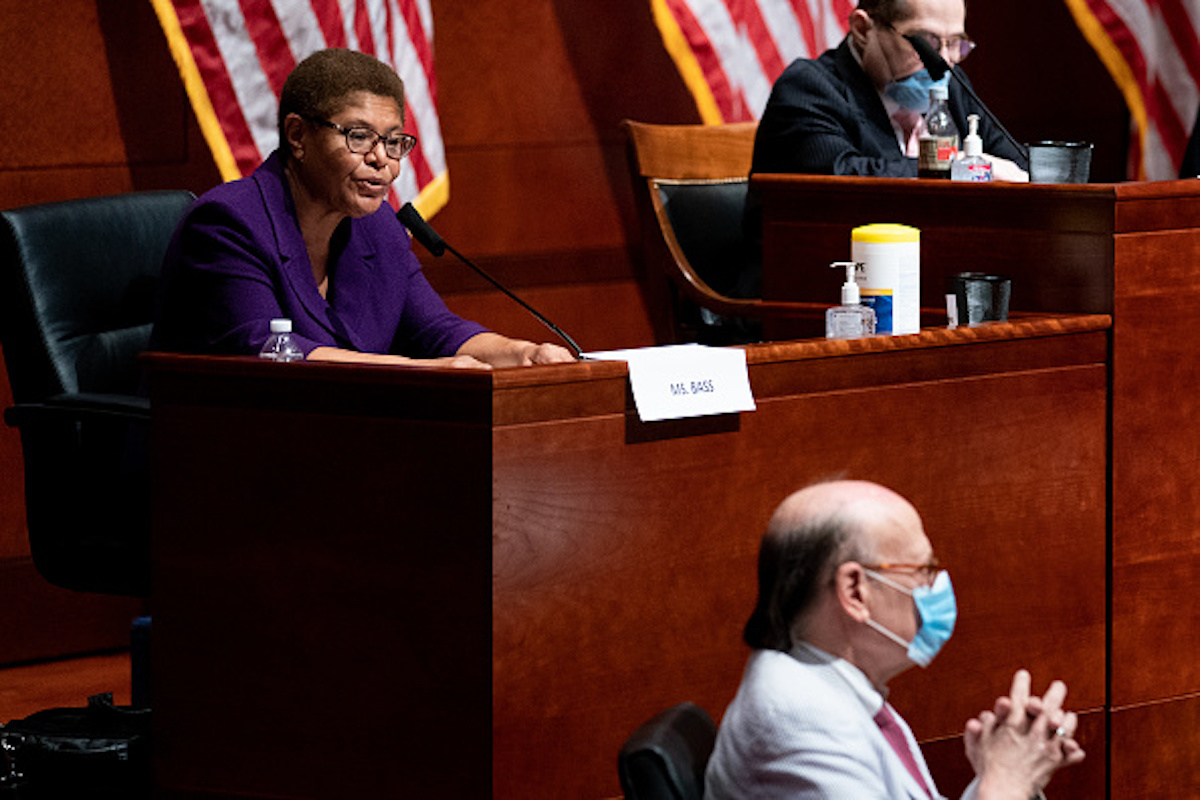 The City Council passed a resolution to focus on a community-based public safety system. President Lisa Bender, City Council Vice President Andrea Jenkins and other council members made the announcement at a rally Sunday afternoon, saying they plan to “dismantle” their police department. The money for the police will instead go towards a “community-based public safety model,” according to Reuters.

“Go home,” protesters yell at Minneapolis Mayor Jacob Frey because he said he doesn’t want to defund the police
pic.twitter.com/00MIM60P5L

This comes after the words “Defund The Police” were painted in the streets of Washington, D.C., next to the words “Black Lives Matter.” Some Democrats have called for the defunding of law enforcement since Floyd’s death. (RELATED: DC Mayor Won’t Answer Repeated Questions About Removing ‘Defund The Police’ Mural From City Street)

Floyd died while in Minneapolis police custody after an officer put his knee into the back of his neck for over eight minutes while he was handcuffed and on the ground. (RELATED: Senate Democrats Silent When Asked If They Would Consider Legislation Labeling Antifa A Terrorist Organization)

Despite some voices in the Democratic party calling for defunding the police, a few of Biden’s top candidates for Vice President have not come out against the “defund the police” movement, something Biden has rejected himself.