Every Atlanta police officer will be receiving a $500 bonus from a foundation as a thank you for their service throughout the last 3 months, numerous sources reported.

The Atlanta Police Foundation will distribute more than $2 million in one-time bonuses to officers and will also purchase 20 police cars to replace the ones that were destroyed in riots in the wake of George Floyd’s death, WSBTV reported. 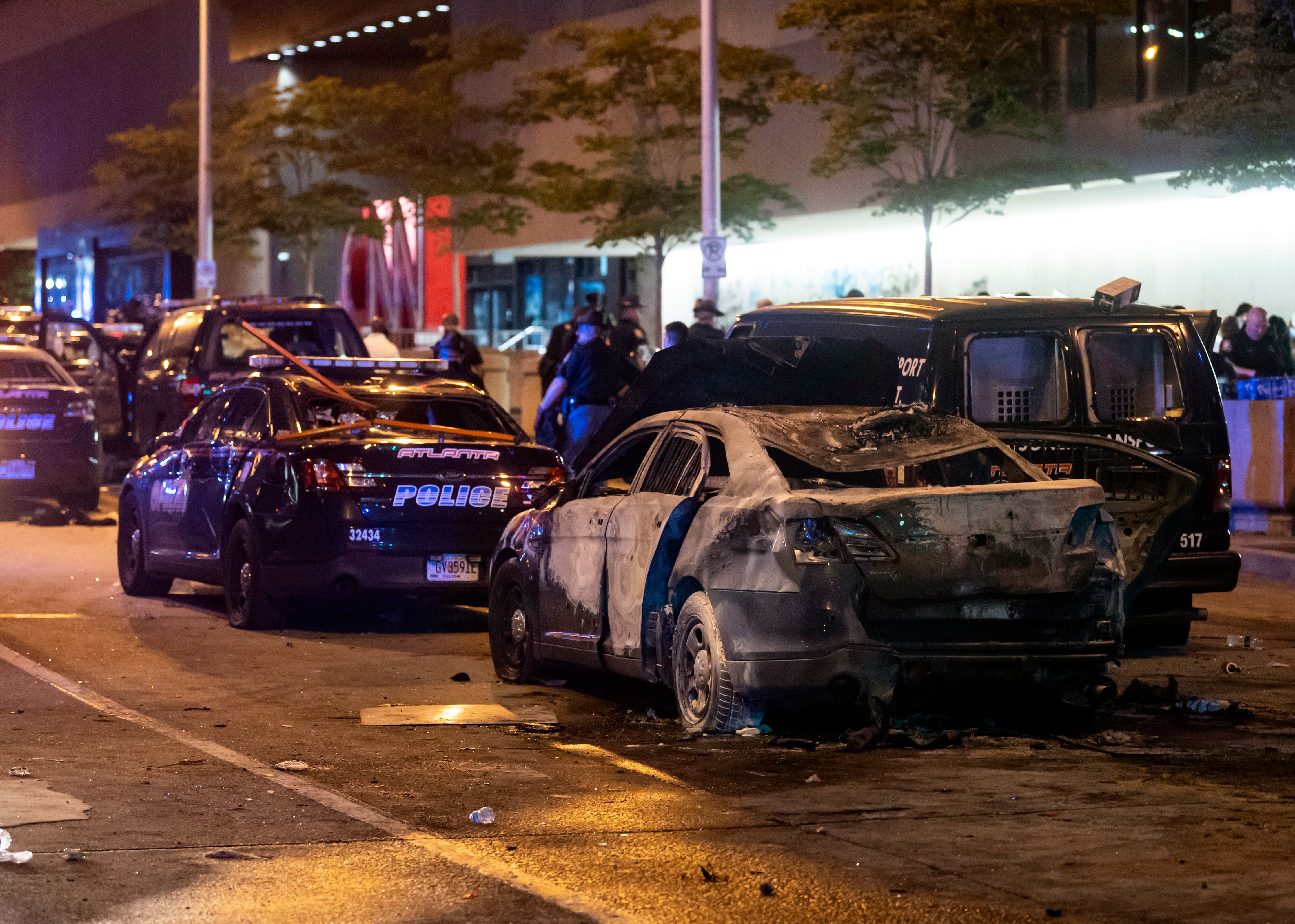 A burned out car sits idle during rioting and protests in Atlanta on May 29, 2020. (Photo by JOHN AMIS/AFP via Getty Images)

The foundation is a nonprofit charitable organization established in 2003 to provide support to the Atlanta mayor, chief of police and the police department. No city funds will be used to cover the bonuses.

The bonus will be given to officers Thursday and comes amid low morale among officers. “There’s a lot happening in our city, and the police officers are receiving the brunt of it quite frankly,” Atlanta Mayor Keisha Lance Bottoms said Wednesday during an interview with CNN’s Chris Cuomo.

Brooks allegedly failed a sobriety test after he fell asleep in his car and then physically struggled against responding officers before he grabbed a taser and ran away. Brooks was then shot.