“Protesters, anarchists, agitators, looters or lowlifes” who plan on disrupting the rally Saturday “will not be treated like you have been in New York, Seattle, or Minneapolis,” the president tweeted Friday morning. (RELATED: Masks? Hand Sanitizer? We Now Know What The Coronavirus Precautions At Trump’s Tulsa Rally Will Look Like)

Any protesters, anarchists, agitators, looters or lowlifes who are going to Oklahoma please understand, you will not be treated like you have been in New York, Seattle, or Minneapolis. It will be a much different scene!

Hagan tweeted a reply with a photo of a large group of KKK members.

“I think what he’s saying is better costumes,” he wrote, before deleting the post within an hour of sending it. 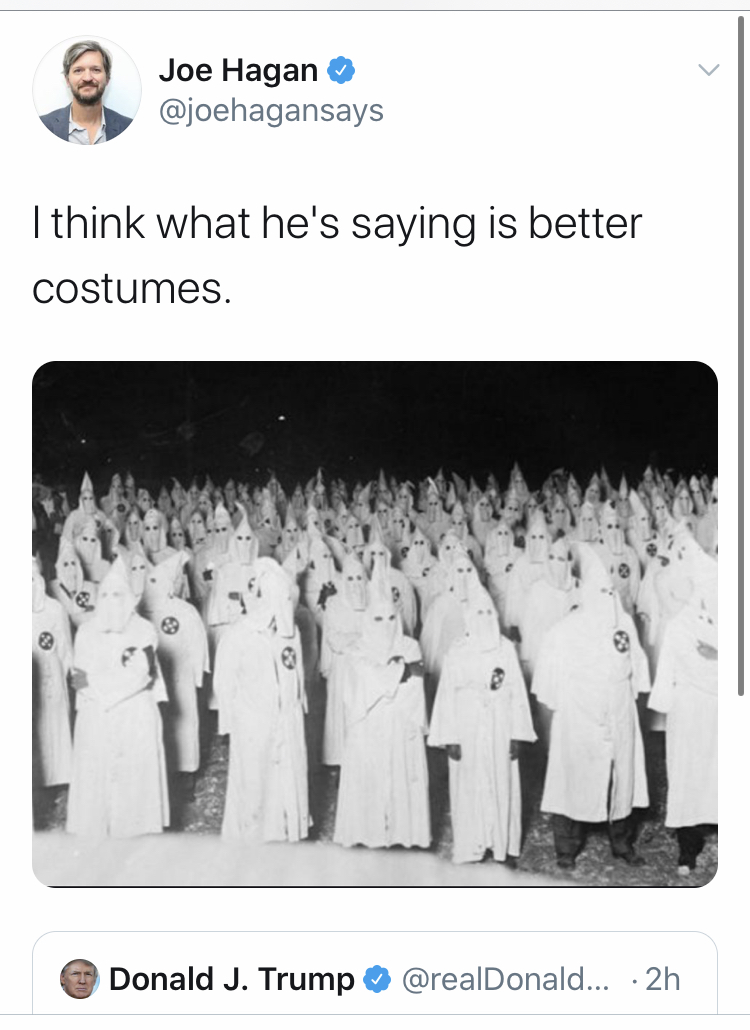 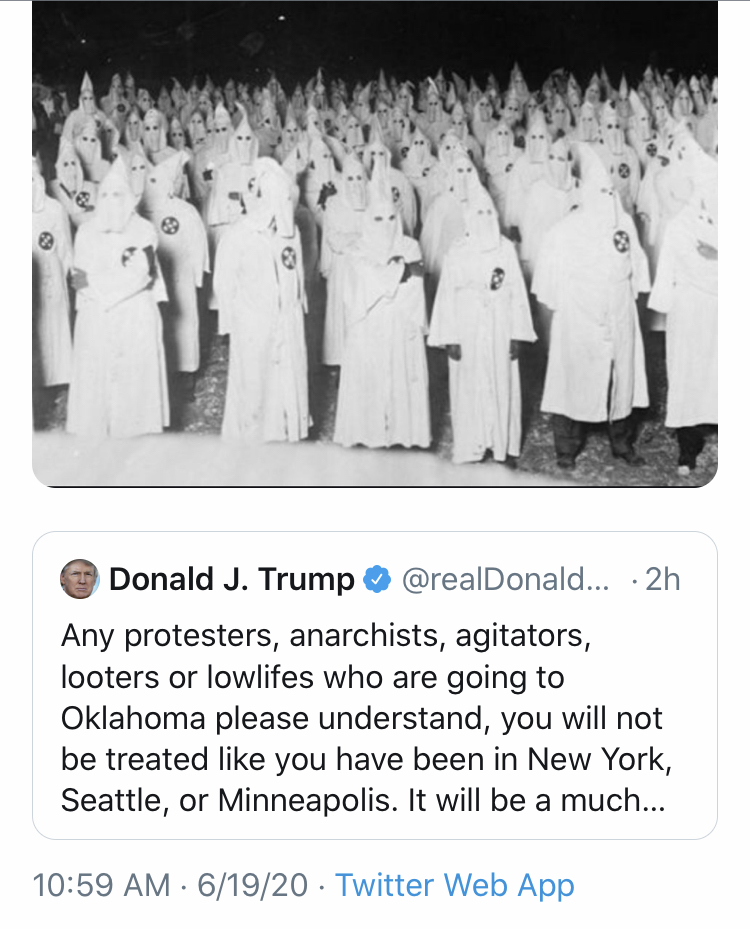 The president seems to be referring to protesters who gathered after the death of George Floyd, a black man who died after a police officer kneeled on his neck for roughly 8 minutes and 46 seconds. Peaceful protests ensued nationwide after Floyd’s death, with some destructive riots as well.

Health experts have warned that Trump’s Saturday rally, which is the first one since the pandemic began, could severely spread coronavirus. The director of Tulsa’s health department, Bruce Dart, said that “it’s an honor for Tulsa to have a sitting president want to come and visit our community, but not during a pandemic.”

White House press secretary Kayleigh McEnany said Wednesday that attendees “assume a personal risk” of contracting the virus, and that “it’s a personal decision” of whether or not to attend.