Washington State Democratic U.S. Rep. Pramila Jayapal has referenced the former “Capitol Hill Autonomous Zone” (CHAZ) only once since it began in her district, praising its gardens while heavily pushing police reform.

CHAZ, also known as the “Capitol Hill Organized Protest” (CHOP), occupied six blocks and boasted of no cops during its seventeen-day history. It formed during the George Floyd protests, consisting of tents, porta-potties, a segregated “blacks and indigenous folks” garden, and a “Black Lives Matter” mural. The area was cleared of police after a city order. (RELATED: Before And After Photos: Here’s What Seattle’s ‘CHAZ’ Has Done To The City)

Jaypal has publicly referenced CHAZ via social media once, tweeting that its gardens are “planting the seeds of justice.” Jayapal has not addressed violence by protesters, including three shootings leaving one dead over the nights of June 20 and June 21. In several tweets Jayapal supports protesters for “standing up and speaking out against police brutality, racism, and anti-Blackness.”

Marcus Henderson and the thousands of protesters in our community who are standing up and speaking out against police brutality, racism, and anti-Blackness are planting the seeds of justice.https://t.co/dM6SU9A2yH

In a letter, co-signed with Seattle city officials and Washington state representatives and senators, Jayapal called for less police presence at protests and to “completely rethink policing” in Seattle. The letter was sent on the first day of CHAZ, June 8, to Seattle Mayor Jenny Durkan and Seattle Police Chief Carmen Best.

The mayor announced on June 23 that CHAZ will be ending and many protesters have left, CNN reported.

After King County Labor Council expelled the Seattle Police Officer Guild, Representative Jayapal labeled the move as “an important first step in making sure that #BlackLivesMatter, ensuring accountability, and for all of us in rethinking policing to truly provide safety for all.” The guild was removed because it fails to “dismantle racism,” stated the council. 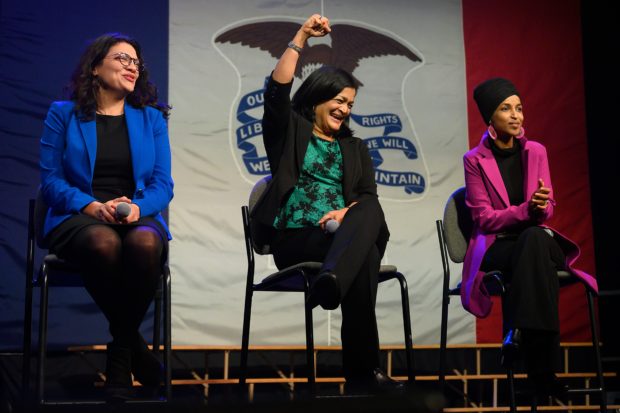 The representative pushed for banning tear gas nationally and in Seattle, a move which Police Chief Best criticized, saying it left police with only batons and guns. Jayapal has called the blocked GOP JUSTICE Act a “half measure” and supports the Democrat-backed Justice in Policing Act.