The famous “Little Mermaid” statue in Denmark has been vandalized again.

This time the statue features “Racist Fish” painted in red letters. It is unclear who is responsible for the vandalism, according to a report published Friday by the Associated Press. 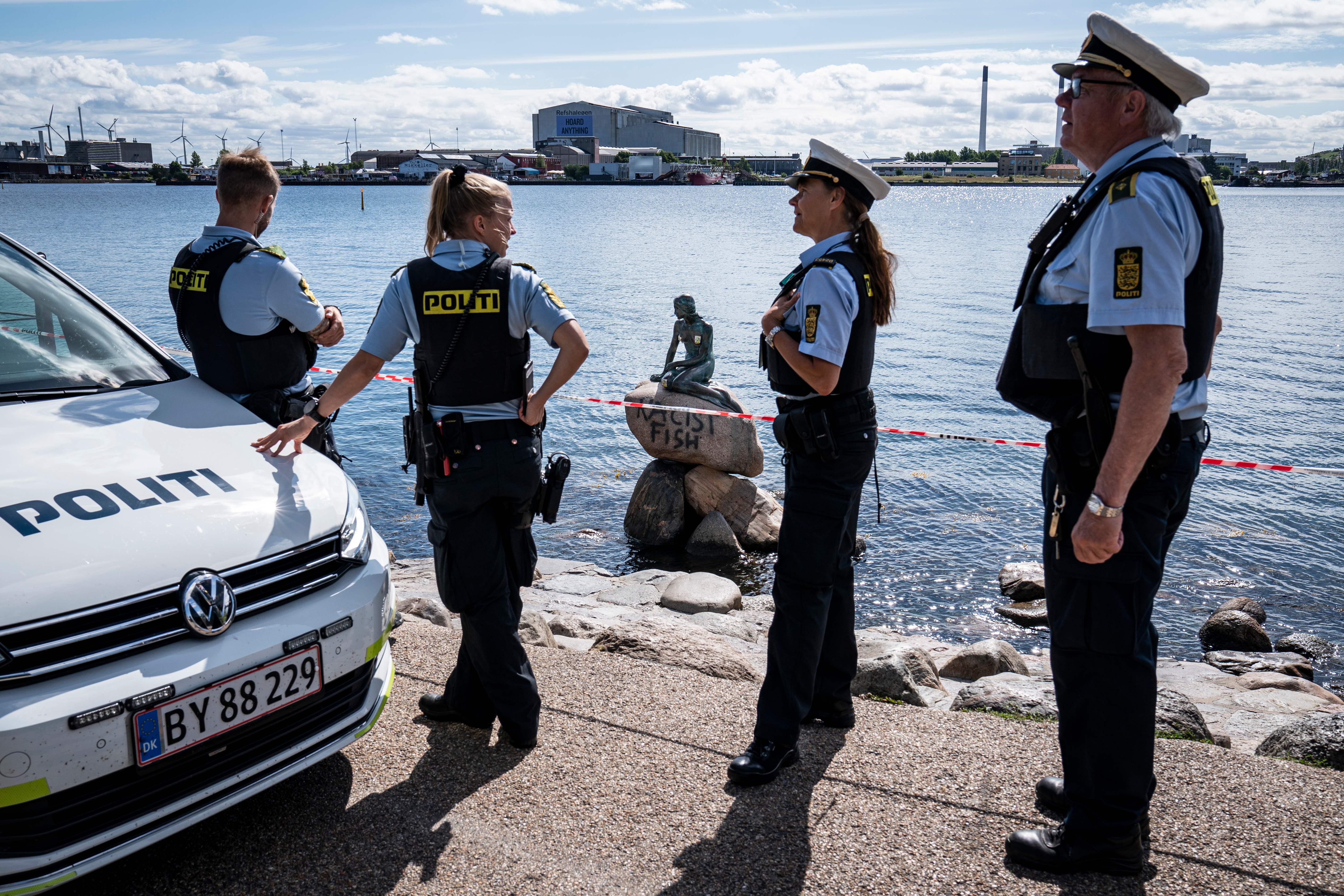 Policemen stand on July 3, 2020 in front of the “Little Mermaid” sculpture after it has been vandalised in Copenhagen. (Photo by NIELS CHRISTIAN VILMANN/Ritzau Scanpix/AFP via Getty Images)

The “Little Mermaid” statue sits at the opening of the Copenhagen harbor. The statue was erected in honor of the Danish author Hans Christian Andersen. Andersen wrote the famed “Little Mermaid,” a story about a half human half fish princess who falls in love with a human prince and decides to become human.

The vandalism comes after another Danish statue was vandalized last month, the outlet reported. The word “decolonize” was painted on the statue of a Danish missionary who helped colonize Greenland. (RELATED: Denmark Ends Lockdown After Partial Reopening Doesn’t See Rise In Cases)

The move comes after a biracial man was killed by two white men. Activists have criticized the Danish authorities after they claimed it wasn’t a hate crime, according to The New York Times.

“It took three days for the police inspector and state prosecutor to completely refute that it is racially motivated, despite all the evidence pointing toward it,” Awa Konaté, a Danish-Ivorian activist, told the outlet. “This shows this is a systemic issue.”