Out of the $10.1 billion allocated specifically for military construction, the House blocked all funds for building barriers on the U.S.-Mexico border, The Hill reported. (RELATED: EXCLUSIVE: Is Trump’s Progress On The Wall Enough? We Asked A Former Border Patrol Chief)

“This bill honors our commitment to the men and women in our armed services, to our veterans, and to military families, who sacrifice every day for our nation,” said Appropriations Committee Chairwoman Nita Lowey, according to The Hill. 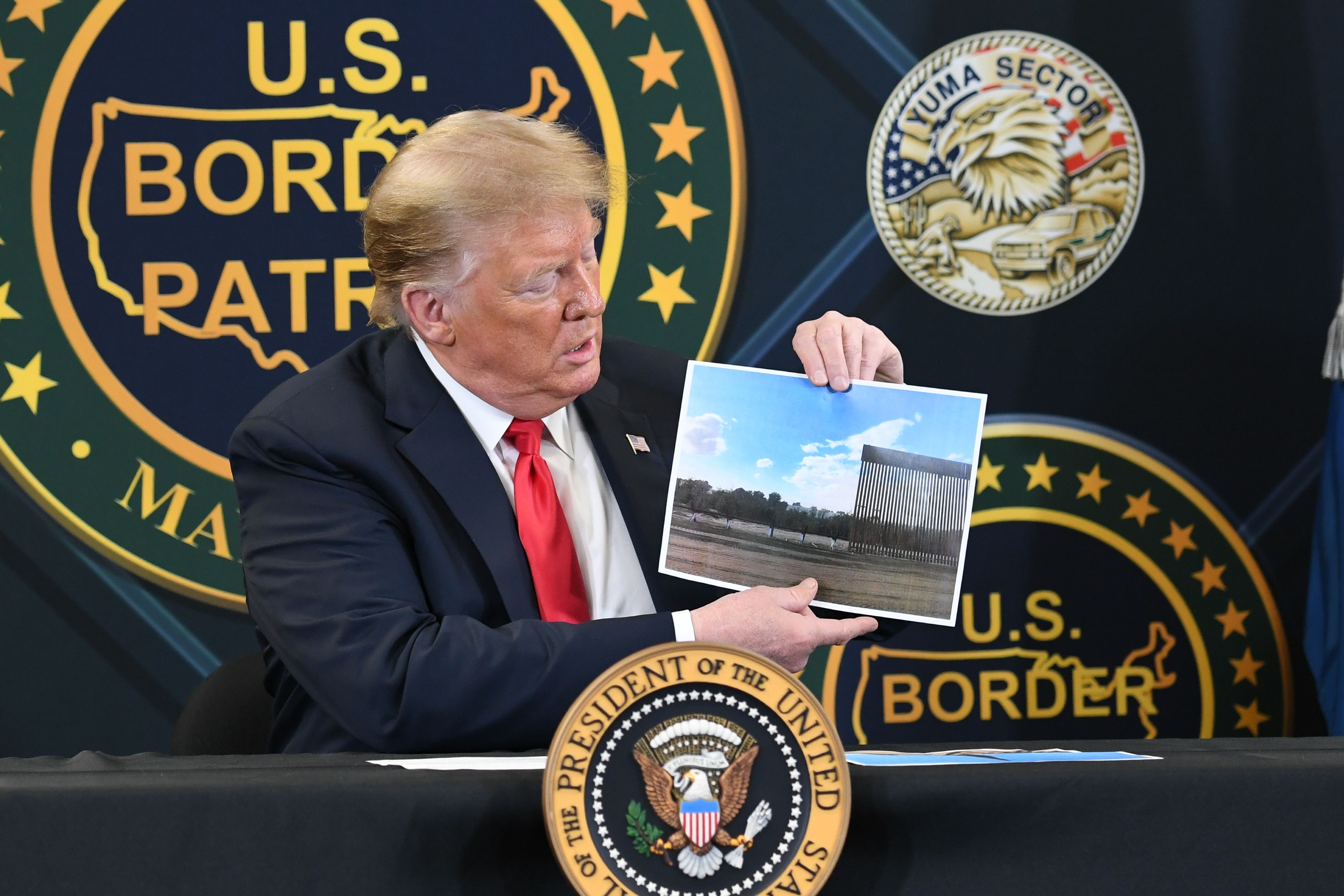 US President Donald Trump shows a photo of the border wall upon arrival at the US Border Patrol station in Yuma, Arizona, June 23, 2020, as he travels to visit the border wall with Mexico. (Photo by SAUL LOEB / AFP)

The other proposal, a $50.72 billion spending bill for the Department of Homeland Security, similarly blocks funding for the border wall and rescinds $1.374 billion of barrier funding granted in the 2020 fiscal year, according to The Hill.

These bills come in response to Trump’s previous declaration of a national emergency in 2019, when the president reallocated billions of dollars from other departments for border wall construction projects.

Trump previously used $3.6 billion in military construction funding and additional funds from the Pentagon’s counterdrug resources for erecting new barriers after fighting with Congress for weeks amid a government shutdown, The Hill reported.

The bills are expected to face resistance in the Senate and from the White House based on last year’s spending bills which also blocked border wall funding, according to The Hill.