Republican Ohio Rep. Jim Jordan sent a letter Monday to Acting U.S. Park Police Chief Gregory Monahan calling on the federal government to protect historic landmarks and memorials as statues across the U.S. have been destroyed.

“In recent weeks, Americans have exercised their First Amendment rights to peacefully protest in the wake of the murder of George Floyd in the custody of the Minneapolis Police Department. Anarchists and left-wing violent extremists, however, have used lawful protests as cover to incite violence and destruction in American cities,” Jordan says in the letter.

“In our nation’s capital, rioters have defaced and sought to destroy historic statues of our nation’s greatest leaders, including George Washington and Abraham Lincoln. I respectfully request more information about the steps that the federal law enforcement, including the U.S. Park Police (USPP), is taking to protect federal property from looting and destruction,” Jordan continued. 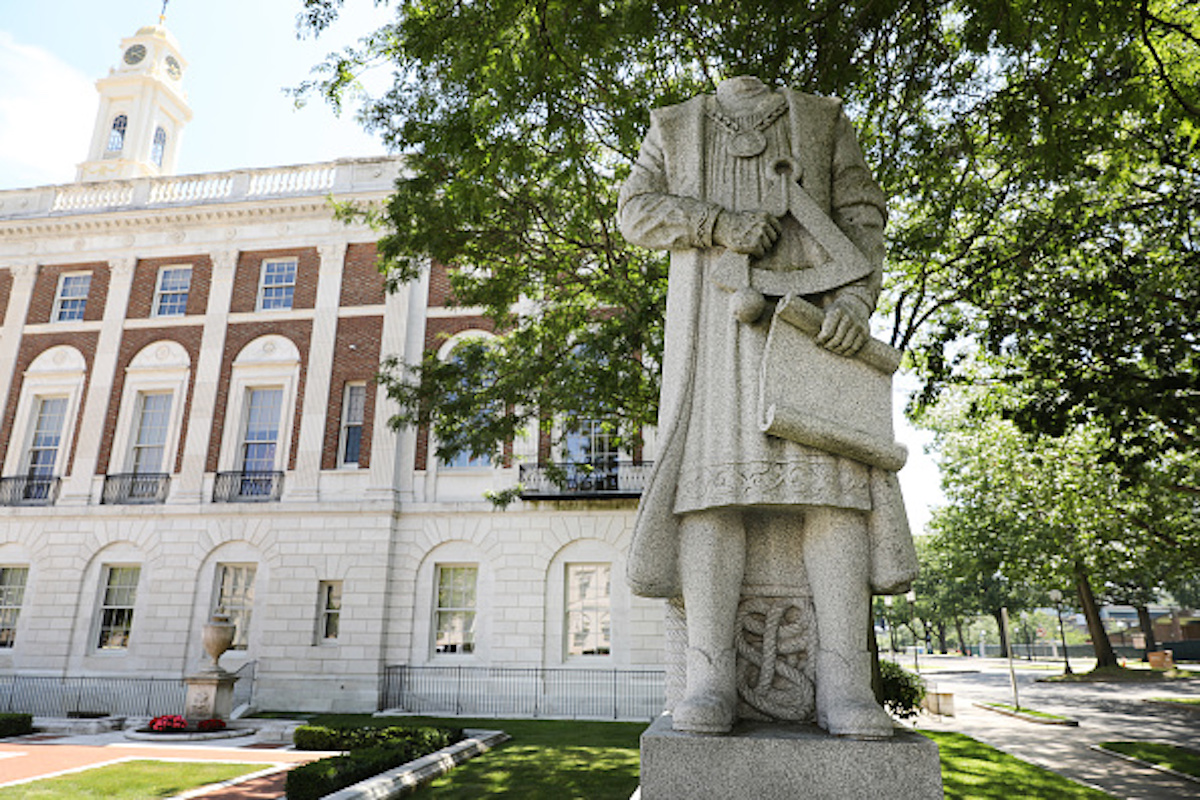 The headless statue of Christopher Columbus stands outside of Waterbury?s city hall on July 05, 2020 in Waterbury, Connecticut. The decapitated statue, which was given to the city in the 1980s by Italian American organization UNICO, was discovered Saturday morning and police are investigating. (Photo by Spencer Platt/Getty Images)

“The Trump Administration must protect federal property, especially the landmarks and memorials that celebrate our nation’s history, from violent left-wing agitators. I respectfully request that you provide information about the USPP’s decision to expand the perimeter around Lafayette Square on June 1, including the damage to federal property and injuries to federal law enforcement officers caused by rioters. I also ask that you explain the USPP’s work to protect federal property and landmarks in Washington, D.C., and federal landmarks in localities around the country under the USPP’s jurisdiction,” the Ohio Republican’s letter stated.

This comes as protesters have continued to try to take down statues including the President Andrew Jackson statue in front of the White House while attempting to create a “Black House Autonomous Zone.” Police stepped up and made sure the statue was not taken down. (RELATED: George Washington Monument Defaced In New York City)

A statue of former U.S. President George Washington was also covered with red paint in New York City, as protests continue throughout the country. (RELATED: WARNING GRAPHIC: We Spent A Few Hours On Black Lives Matter Plaza — Here’s What It Looked Like)

President Donald Trump has repeatedly criticized the removal of statues and has said protesters who try to remove them should be arrested.