White House chief of staff Mark Meadows said Monday morning that despite spikes in coronavirus cases in various states, a “national mandate” on masks “is not in order.”

Meadows said during an interview on Fox & Friends, his first televised interview since leaving Congress for the White House in the spring, that he supported leaving the decision up to individual states. 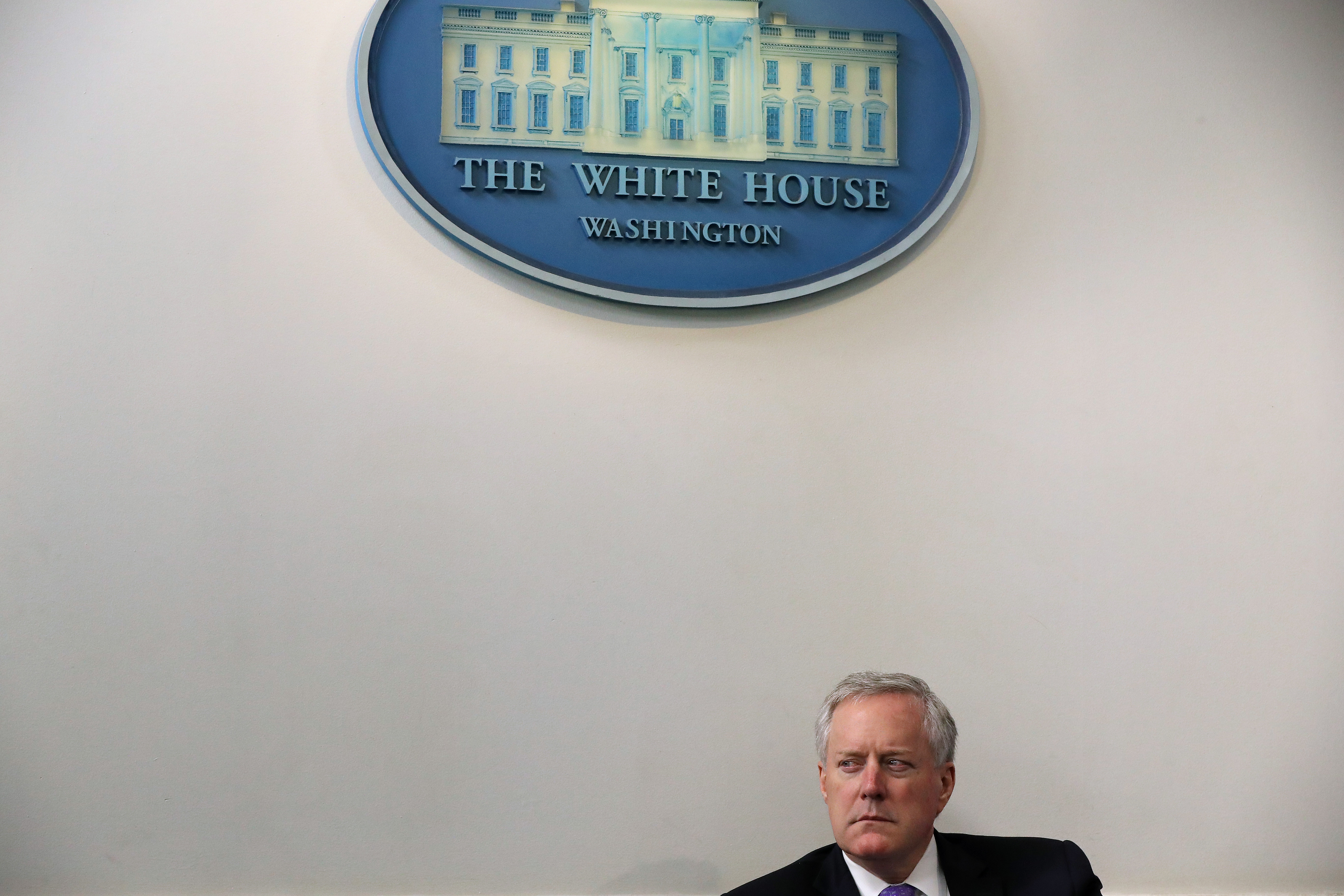 “The COVID cases are rising, but testing is rising exponentially,” he stated.”We’ve now tested almost 10% of our country, and yet when we look at masks and the wearing of masks, that’s done on a location basis when you can’t have social distancing, but certainly a national mandate is not in order.”

Host Steve Doocy asked Meadows a followup question about the Trump campaign’s decision to ask people attending a rally in Portsmouth, Maine this coming weekend to wear masks, even though it’s an outdoor event. The campaign gave attendees at the Tulsa, Oklahoma rally the choice of wearing masks inside, but most attendees declined.

“We’re a nation of freedoms, and certainly we want to make sure that people are free to assemble,” Meadows responded. “If masks are appropriate and the president mentioned that he’s willing to wear a mask if appropriate in tight quarters. I know a number of us had done the same, but it’s all trying to make sure that we deal with this virus and make sure that the American people know that help is on the way.” (RELATED: Mnuchin Signals Phase 4 Stimulus Could Have Additional Funding For Schools To Safely Reopen, A Major Democrat Wish List Item)

Trump said during a recent interview with Fox Business that he “would have no problem” being seen wearing a mask in public but that he does not support mandatory mask orders.

“If I’m in a group of people where we’re not 10 feet away and — but usually I’m not in that position and everyone is tested because I’m the president,” he stated. “They get tested before they see me.”

His comment marked a reversal from his recent rhetoric. He told the Wall Street Journal in June that he thinks most people decide to wear masks on party lines.