The residents are believed to be students ranging in age from 16 to 21. The police allege that the group voiced their support for Hong Kong’s independence from China on social media, the Associated Press reports.

“They say they want to establish a Hong Kong republic, and that they will unreservedly fight for it. They also said they want to unite all pro-independence groups in Hong Kong for this purpose,” said Li Kwai-wah, senior superintendent of the Organized Crime and Triad Bureau, according to the AP. (RELATED: These American Companies Weighed In On George Floyd’s Death. They Have Nothing To Say About China’s Hong Kong Takeover) 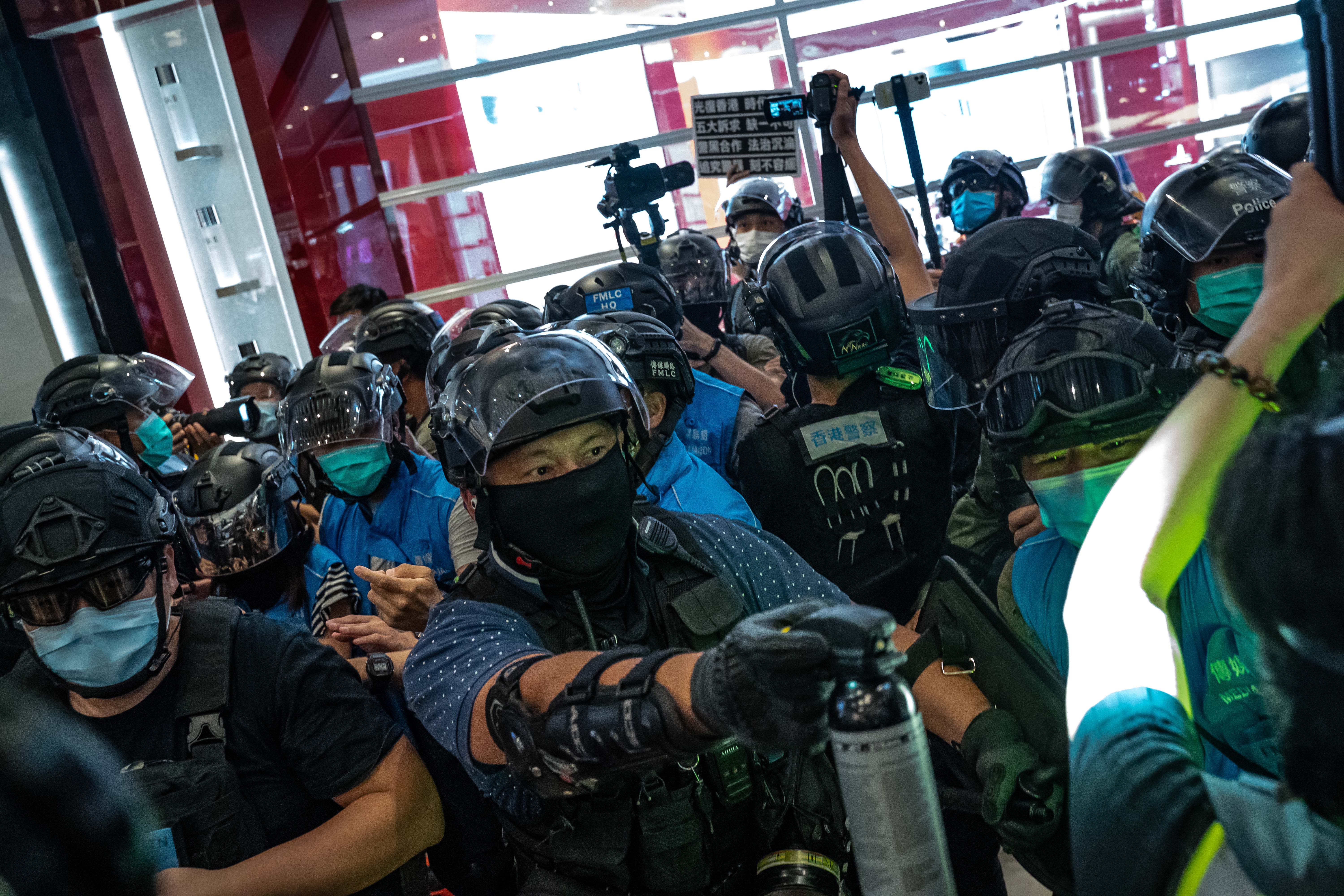 HONG KONG, CHINA – JULY 21: A protester holds up a placard as riot police surround him inside a shopping mall during a rally on July 21, 2020 in Hong Kong, China. (Photo by Anthony Kwan/Getty Images)

Studentlocalism, a political organization run by Hong Kong youth, posted on its Twitter and Facebook Wednesday that one of its student activists was arrested at his home for promoting the territory’s autonomy, the AP reports.

Among its many missions, the organization seeks to “Awaken the will of Hong Kong’s national independence and consolidate the Hong Kong National Community” and “Promote Hong Kong’s concept of independence to middle school students in Hong Kong,” according to its Twitter account.

Critics assert that the law strips Hong Kong’s autonomy by allowing Beijing to crack down on political dissent and other subversive activities.

The law was passed after Hong Kong residents staged widespread pro-democracy protests in the latter half of 2019.