President Donald Trump listed Thursday three specific items he wants Congress to work into the next coronavirus stimulus and asked Democrats to “reject partisan voices” coming from within their own party throughout the negotiation process.

Trump opened the night’s coronavirus press briefing by mourning the loss of former Republican presidential candidate Herman Cain and the other 150,000 Americans who have lost their lives due to coronavirus. (RELATED: Republicans Are Killing Trump’s Stimulus — Will That Hurt Him In November?) 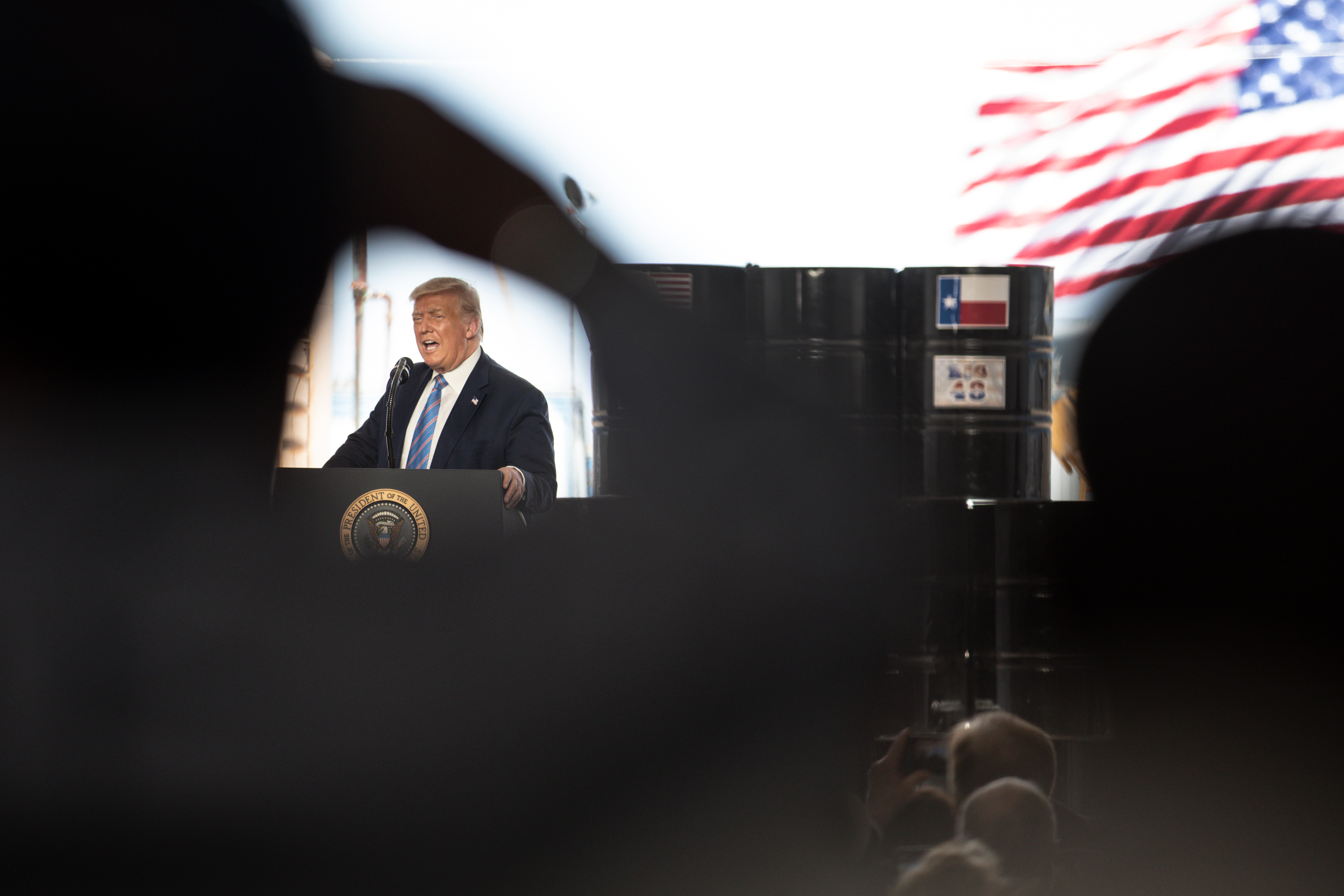 MIDLAND, TX – JULY 29: President Donald Trump speaks to city officials and employees of Double Eagle Energy on the site of an active oil rig on July 29, 2020 in Midland, Texas. Trump began his visit to the Permian Basin at a fundraising event in Odessa and concluded in Midland for a tour the oil rig and to discuss energy policy. (Photo by Montinique Monroe/Getty Images)

On the expanded funding for schools, Trump stated that if schools choose not to reopen then that money should go to families with school aged children before turning his attention directly to Democratic Leadership.

The administration’s lead negotiators, White House chief of staff Mark Meadows and Treasury Secretary Steve Mnuchin, are scheduled to meet with House Speaker Nancy Pelosi and Senate Minority Leader Chuck Schumer at 8:00 pm on Thursday evening for yet another round of stimulus talks. Pelosi, Schumer, and a significant number of Republicans have flatly rejected the stimulus proposal offered by Senate Majority Leader Mitch McConnell earlier this week.