The parent company of Men’s Wearhouse and Jos. A Bank, Tailored Brands, Inc., filed for bankruptcy Sunday. The company is one of several upscale office attire companies to go bankrupt after the coronavirus pandemic drastically reduced demand.

Tailored Brands has struggled with sales since the pandemic began in March, the Wall Street Journal reported. The company said in July that they had doubts about whether their company would survive and were likely to file for bankruptcy, according to the report. 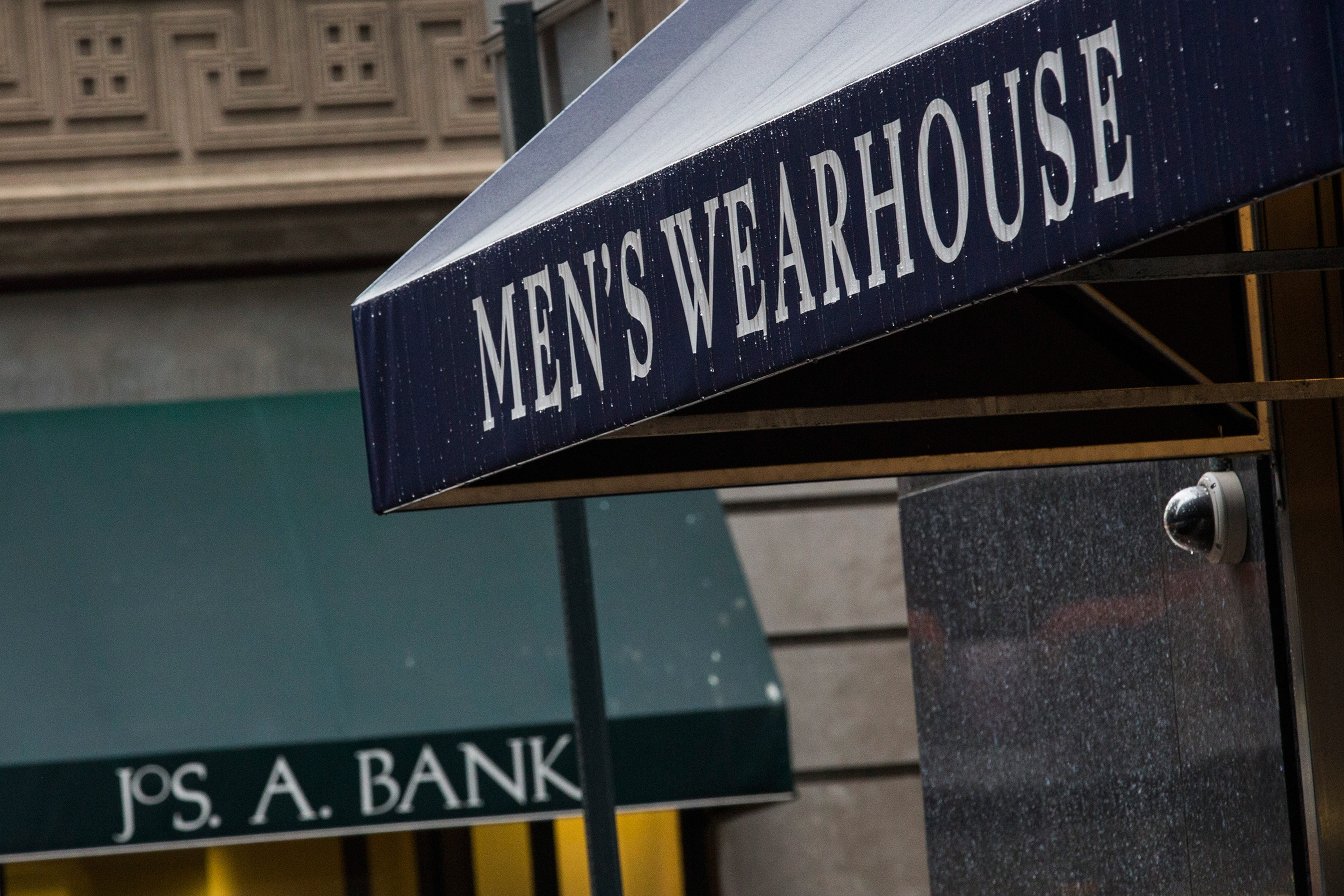 Men’s Wearhouse and Jos. A Bank storefronts are seen next to each other on Jan. 6, 2014 in New York City. Men’s Wearhouse is currently pursuing a hostile takeover of competitor Jos. A. Bank, which also sells men’s suits and business wear. (Photo by Andrew Burton/Getty Images)

Tailored Brands will reportedly be able to keep their stores open during their bankruptcy case due to a restructuring plan which will cut more than $630 million of the company’s debt and $500 million in bankruptcy financing from existing lenders. The company reported about $2.8 billion in debt and $2.5 billion in assets in court papers, per the Wall Street Journal.

About 18,000 people are currently employed by the company across its approximately 1,400 locations in the United States and Canada, a securities filing reportedly shows. In February, they employed 19,300 people.

Tailored Brands’ hardships began when they temporarily closed all their stores in mid-March due to the pandemic. At that point, they temporarily or permanently laid off all store employees, suspended April and May rent payments, and borrowed $300 million.

The company later announced that they would be laying off 20% of corporate staff and closing up to 500 retail locations, according to the Wall Street Journal.